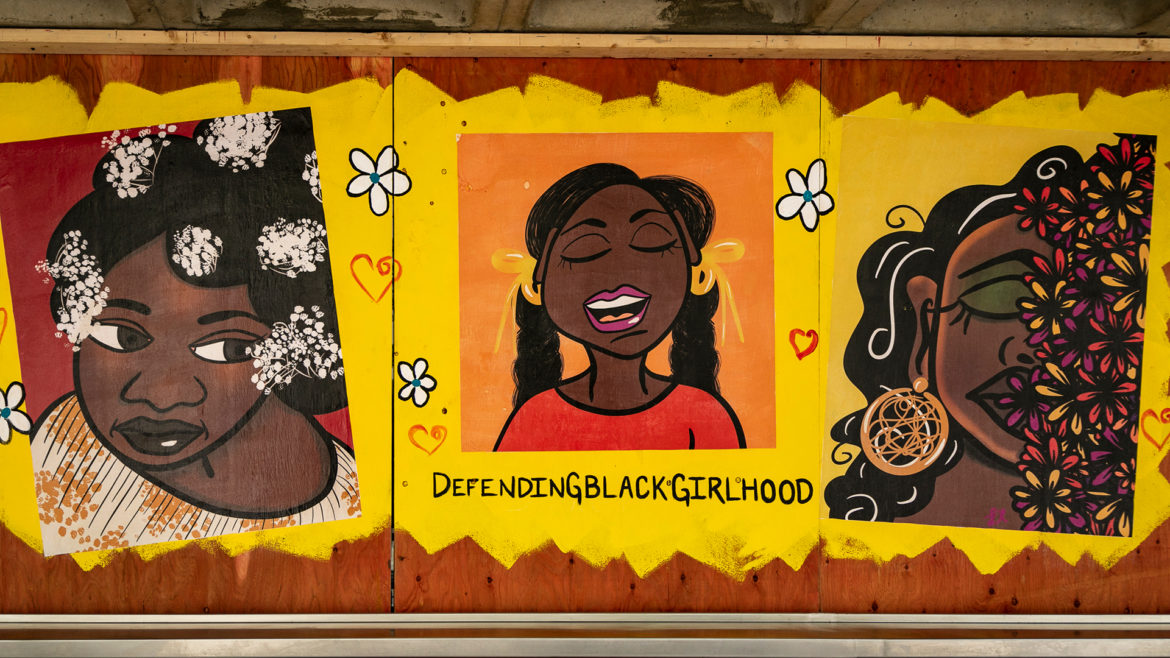 PBS Wisconsin’s “State Street Mural Project” emerged from the city’s “Downtown Street Art and Mural Project” formed on May 31, 2020 in Madison, WI following local peaceful protests against police brutality and the killing of George Floyd by Minneapolis police. Civil demonstration in Madison — part of a global cascade of public protest in support of Black Lives — was followed by social unrest resulting in property damage to State Street businesses.

Cities across the nation sustained similar acts of vandalism in May and June, the motivations for which are interpreted variously as inexorable acts of impassioned disobedience over racialized economic oppression, a sign of lawlessness attendant to popular uprising, and anticapitalistic dissent.

As owners shuttered their storefronts with plywood on Madison’s signature pedestrian thoroughfare, the mayor along with the president of the Madison Common Council, authorized the Madison Arts Program Administrator to develop a response. The “Downtown Street Art and Mural Project” is part of an artist relief initiative established to support artists who lost income due to the COVID-19 pandemic and prioritizes artists of color affected by racial violence and injustice. Artists created 70 commissioned murals conveying urgent demands for change and inspiring community dialogue.

PBS Wisconsin documented many of the murals using a 360° camera. These come together in a virtual gallery to showcase the extraordinary talents of the artists and share their stirring, evocative calls for justice with a wide audience.

The virtual gallery is easy to explore. There are simple click-and-drag features that allow users to move around the 360° environment. Clicking on the color-coded circles defined by the legend allows users to view the artwork on either side of the block, navigate to a new block, and learn more about the artists.

PBS Wisconsin also created an index of the artists showcased in the virtual gallery and provided direct links to their artwork, as well as to artist websites and Instagram handles if available.

The “State Street Mural Project” is a successful digital placemaking project—an online representation of place that amplifies the impact of the physical art by increasing access beyond geographic limitations.