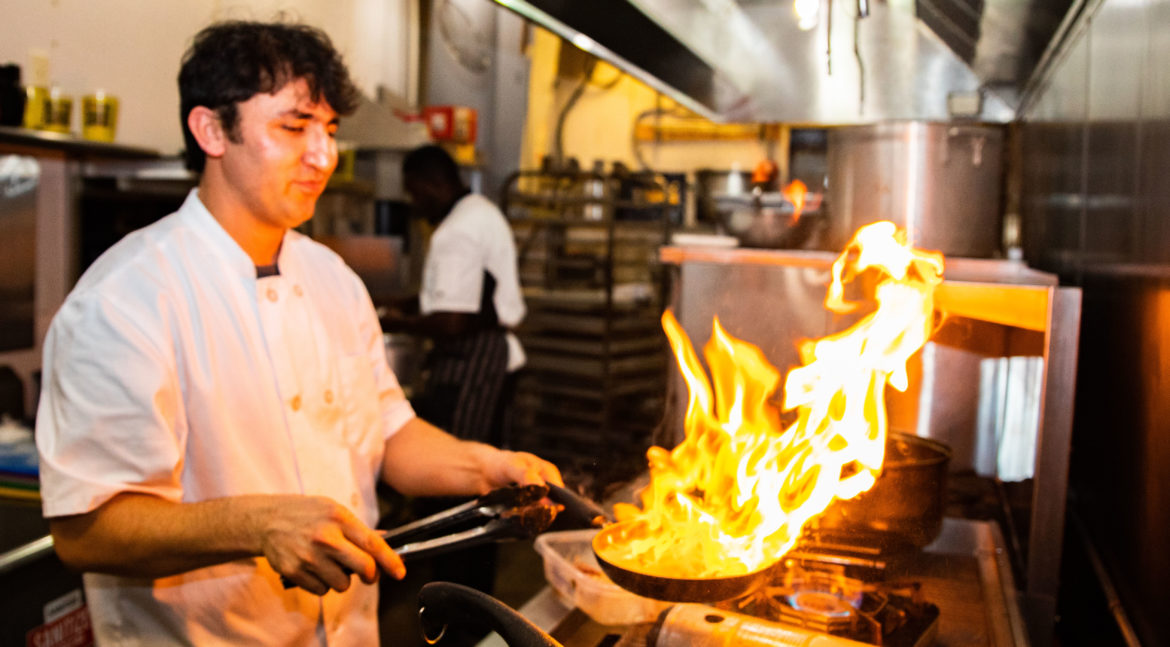 A staff person at a resettlement agency recounted how after the 2016 Presidential election, the steady flow of new refugees slowed to a trickle. The stories of refugees needed to be told. VPM decided to launch a podcast with a new model that included the community in every step of the process in order to create a powerful and meaningful product. To do this, VPM needed to establish authentic relationships where everyone feels invested.

To get started, we hired as project advisors two former journalists who had recently resettled in Virginia. Zarmina Wahidi and Nazir Afzali brought with them their rich experience working in Afghanistan as reporters, fixers and translators. When Zarmina stepped into our studio, she shared memories of being the first woman in her family to have a professional job. In the last episode of Resettled, she provided the voice-over for a mother who shared her excitement about the freedom of owning her own car.

We sought out poet and social entrepreneur Ahmed Badr, who resettled from Iraq, to be our host and producer. Along with building relationships with individuals, we connected with nonprofits like ReEstablish Richmond and the Peer Leader Group at Harrisonburg High School. Together, we organized two storytelling workshops: one for adults, the other for high school students. We also recorded stories on-site at the Festival of Cultures in Charlottesville, Harrisonburg International Festival, and World Refugee Day in Richmond.

Through active community-building, we learned from refugees about the issues they face and the complexities of the resettlement process. We built trust within a community we rarely accessed before this project.

The series launched in July 2020 and was met with high-acclaim from immigrant- and minority-led podcasts like Kerning Cultures, Immigrantly, and Subtitle. Along with promotional plugs, thoughtful reviews like this one from Subtitle reinforced our original intent:

“Listening to Resettled is like flipping the lens on America. All of the absurd contradictions come into focus. And it is the refugees asking the questions; they seem like the sensible ones. They are humanized here, quite the counterweight to how they have been portrayed by some in the corridors of power.”