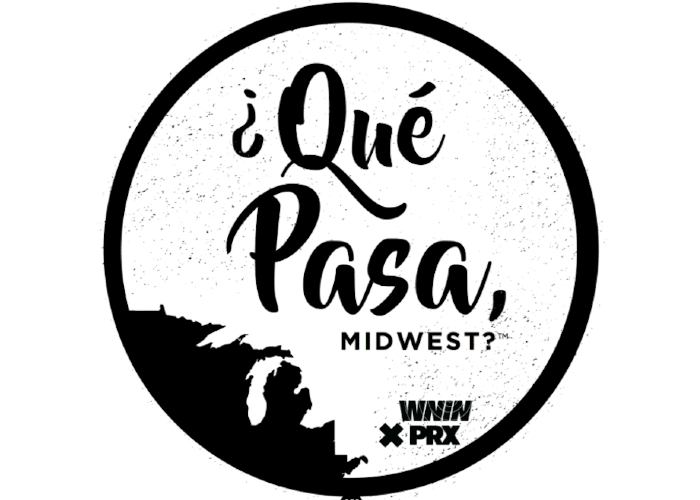 ¿Qué Pasa Midwest? was launched under the name “Nuestras Americas” in 2014 as a Spanish/English New Year’s Eve radio special. The response to the program was so positive that we began developing other bilingual content ideas.  We learned that it is possible to create a program using both languages in ways that can be easily understood and enjoyed by native speakers of either.

The bilingual content had two goals that have lasted throughout the evolution of the programming:

1. To create a community for billennials (bilingual millennials) in the Midwest. For recent immigrants, the sense of community they left behind in their homelands is essential to their well-being in their new homes.

2. Unlike multicultural environments common on both coasts, the Midwest struggles with change and the people who bring it. The content seeks to foster understanding as well as informing about difficult issues by showcasing the common humanity of those involved.

Those ideas evolved into a successful application for inclusion in the first cohort of the CPB/PRX Project Catapult in late 2016. WNIN was by far the smallest station to be included in the seven station cohort from around the U.S.

The team continues to regularly dialogue with PRX to keep the podcast fresh and of the highest quality.

Host Paola Marizan is a native Spanish speaker with a unique ability to direct a conversation between the two languages so the final version is easily understood by those who speak either language.

A naturalized native of the Dominican Republic, Paola is adamant that, as someone who is employed, pays taxes, votes and is raising a family, she is not a minority, but rather part of the majority population of the United States. Her passion for this ideal places her at the forefront of demographic changes currently being widely discussed in this country.

QPM was honored in 2019 with a first place award for podcast in the Indiana Associated Press contest and was recognized with a Public Media Journalists Association national award.

During the first three seasons, QPM developed its voice, style and direction so that it is now a mature provider of bilingual content.  It is one of the oldest such projects, and is currently among the few truly bilingual, national-level content providers.

QPM is currently planning for seasons four and five. We are working with several bilingual content outlets and educational institutions around the country to create a network of reporting for the 2020 national census and election.