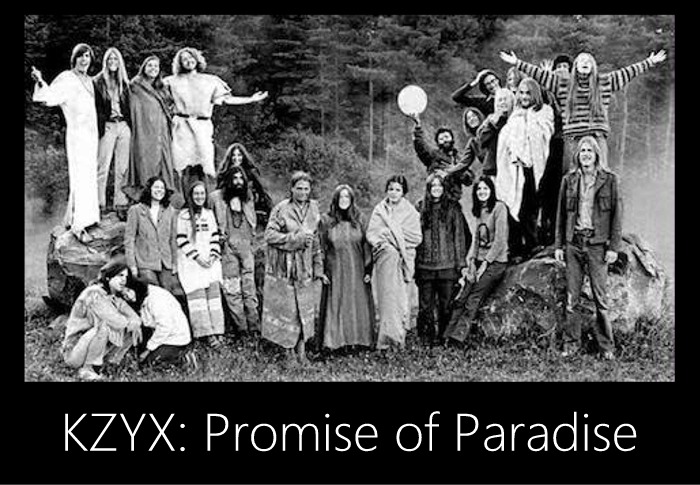 Starting in June 2018, we began to interview dozens of aging hippies and a few of their children about their lives as twentieth century homesteaders. We wanted to know why they came to Mendocino County and what kept them here. What were they running from, and what were they running toward? We asked about gender and equity, the capitalist system, home births, and activism surrounding cannabis, environmentalism, and housing arrangements. How did their experience change them and the community they joined?

Mendocino County back to the landers participated in the standard rituals of the counterculture: psychedelics, alternative education, and organic farming. But they were also at the forefront of changing laws and cultural standards. Pebbles Trippett, who lives in an ancient unmarked cabin that can only be located if you keep the Navarro River on your left and watch out for the broken-down Clover Milk truck, has set legal precedents that have been used in court to further the legalization of cannabis. Anon Forrest rallied backwoods iconoclasts to change the residential building code so property owners could legally use salvaged materials to build the cabins that still dot the hills of Mendocino County. Both these women, like many of our interviewees, are now in their seventies.

We distilled our interviews with iconic community members into half-hour radio programs that aired once a week, sparking questions about the historical significance of large migrations. We collected photographs to illustrate our website, where we posted the half-hour programs as well as longer, lightly edited versions of the stories we heard.

While we interviewed in the spirit of appreciative inquiry, we also probed into the dark spaces and followed the threads of history to the movements that are taking place today. We’ve sparked questions about what still needs to be done and reminded listeners about the back-to-the-landers accomplishments, like the fact that this is the first county in the nation to pass an ordinance banning the production of GMO plants and animals. We don’t pretend to have all the answers. We still don’t know why our community is as racially polarized as it is. And we know the back-to-the-land movement was due largely to how easy it was to buy a lot of land at a low price.

For decades, hippies have been the punchline of a tired old joke about naive idealists who failed to revolutionize society. We wanted to treat our history as a living process, full of people who remember a time when organic food was wacky and fringy; when men couldn’t be in the room as their children were being born; when all girls had to look forward to was teaching, nursing, or housewifery. As we approach the fiftieth anniversary of Woodstock and the start of the back-to-the-land movement, we wanted to find out if the energy and imagination that existed then is still alive in our community. Can it be harnessed? We have a lot of work to do.