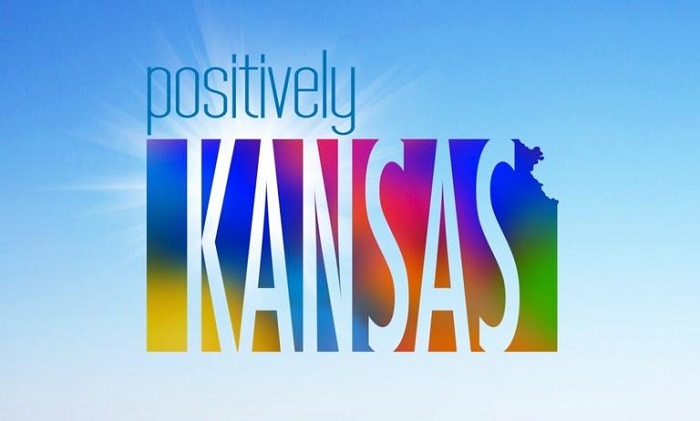 This series originally began as a program titled Positively Wichita, which ran for a short time before its focus widened in order to be inclusive of every community in the KPTS broadcast area. The Positively Kansas iteration debuted in March 2017. Each season is 11 episodes long, which air a second time immediately after the season ends, for a total of 22 new episodes annually.

The hosts of the show lead a team of storytellers in meaningful and interesting reports, expressing the true Kansas experience. Viewers have the opportunity to learn about Kansas towns and their people, and how they are working together to improve their communities and create a better life for all who reside there.

There are two special segments within each episode: “My American Dream” and “Kansas Wildedge.” “My American Dream” features an interview with someone who has overcome challenges in their life and persevered in order to accomplish their American dream. “Kansas Wildedge” is hosted by a retired Kansas Dept. of Wildlife and Parks videographer. The segments spotlight the value of wild resources, while explaining some of the mysteries of life around us.

The Positively Kansas series stands out in a time when many commercial stations focus much of their airtime on difficult topics.

Our local commercial NBC affiliate, KSN, contacted us when the series began asking if they would be able to air it on their channel after it airs weekly on KPTS. This is a win-win for both their station and KPTS, as they pay KPTS to run the series and KPTS gets to run commercials on their channel that help promote the station. Before we send the episodes over, we have to edit out six minutes of the program, so they have space to sell commercials when they air the series. This kind of collaboration between a commercial television station and a local PBS station is nearly unheard of in most markets.

In closing, the beauty of this idea is that any PBS station in the country could do a similar type of series; just put the word “positively” in front of their state’s name.