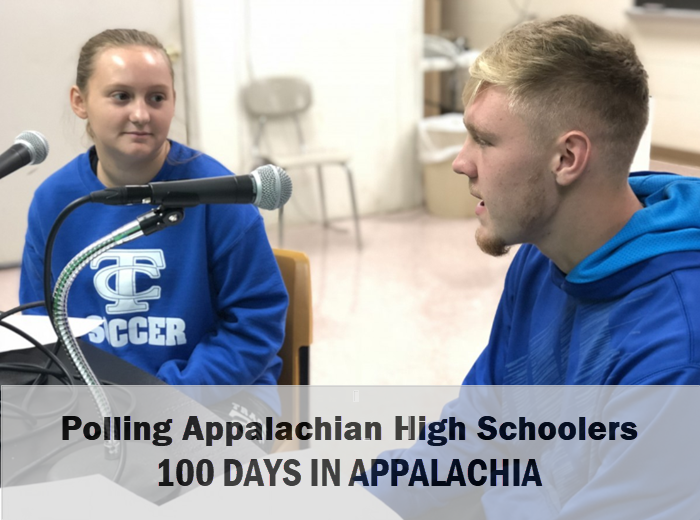 In the aftermath of the Marjory Stoneman Douglas High School shooting and the remarkable campaign of student activism that followed, the national narrative ahead of the 2018 midterm election was that high school students were part of a uniform, liberal Gen Z wave committed to tightening gun control laws, abruptly reversing the gun rights culture that marked American generations before them.

But teenage voters in Appalachia remained a largely unknown quantity. High school students were rarely sought out by political pollsters, and little attention had been paid to their positions beyond high profile media coverage of gun violence and opioids. 101 Days in Appalachia realized reporters could help news organizations in the region better understand and report on the viewpoints of these young citizens, while also helping to rebuild their trust in journalism by engaging with them and proving that the nation cares about what they have to say.

In partnership with Inspire USA, Erika Kitzmiller at Columbia University, and passionate and committed civics teachers across West Virginia, reporters polled approximately 1,100 students from more than 20 schools on how they felt about the pressing issues of today.

In order to engage kids in a space where they were comfortable, the team used GroundSource’s technology to conduct the polling via text message. Each question took the student only a few seconds to complete. Setting up a GroundSource poll took just a few hours and a few hundred dollars, in terms of newsroom resources.

There were several reasons why 100 Days in Appalachia took on this polling project, the first of which aligns fully with its mission as a news organization: to share the real opinions of this group of Appalachians that often go overlooked with local, regional, and national media outlets. All of the poll results and audio interviews with a number of the students were provided open source to media outlets across the country.

In this community, the team was able to begin the process of building trust between a group of rural Americans who have long been told that their opinions, and the opinions of the people who live in their communities, do not matter, and at a time when they perhaps mattered most. This project resulted in some more well-informed reporting about young Appalachian voters, and it also gave those young people a platform and exposed them to traditional media and trustworthy journalism.