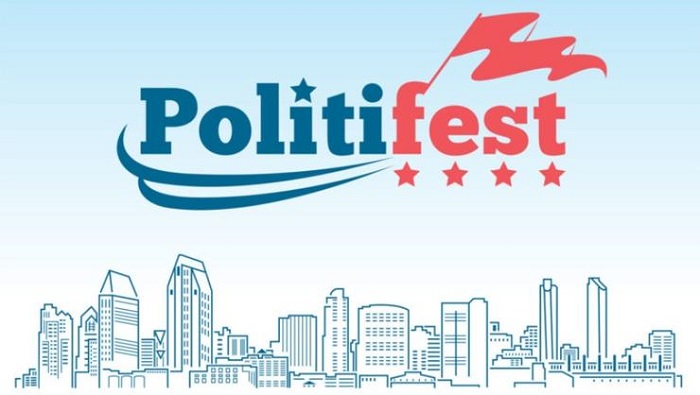 San Diego is full of festivals and street fairs. Almost every week of the year, there’s something going on.  In 2011, we decided to try to create one about public affairs and local debates because nothing like it existed. We launched with a dunk tank, a mayoral debate, a tug of war and an “idea tournament.” We called it Politifest.

It has changed quite a bit. It’s  a day-long conference and a must for anyone who cares about local politics.  In October 2018 Voice of San Diego hosted it again and it was our most successful yet. We had a dozen of important debates and panel discussions. We wanted to create an event that made public affairs and politics accessible to people who don’t normally participate. We hold Politifest during the day, on Saturdays, and encourage families to attend.

Politifest features a full schedule of debates, panels, and one-on-one interviews with experts. It provides a platform for residents to raise their voices, ask tough questions, and delve into important issues.â€¯It serves as a crash course in politics and policy and provides insights into how our local government works.

Last year, at the University of San Diego, a local university whose educational principles are built on a foundation of social justice. As co-host, USD provided the facilities, audio-visual, and tech support for the event, as well as speakers and student volunteers. We kicked off the day with a panel discussion between the mayors of San Diego, Tijuana, and Sacramento. This set the stage for the sessions offered throughout the remainder of the day: debates between local candidates; discussions about major local ballot initiatives exploring the pros and cons of both sides; sessions that explained state and local ballot measures and answered questions from the audience; and conversations organized and hosted by local community members about election-related topics that were important to them.