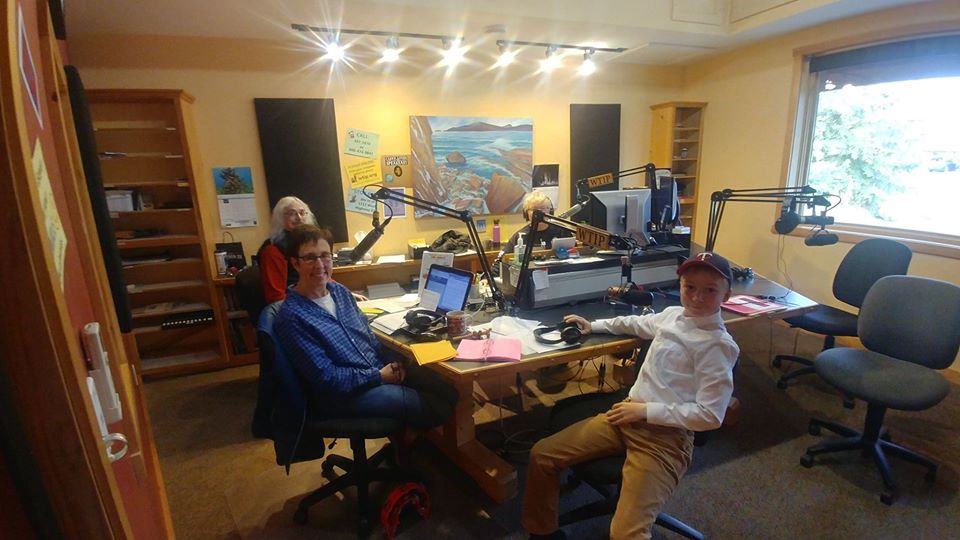 WTIP Community Radio has been broadcasting from the North Shore of Lake Superior since 1998. The first locally produced programs included evening music shows, and the AM Community Calendar – a program that aired from 9 to 10 a.m. weekdays. The show was produced by volunteers who gathered and edited the daily news, read weather reports and interviewed special guests about upcoming events. This program served as a place for the whole community to share local news, events and issues important to our area, thereby fostering greater understanding, tolerance, and connectivity.

Often the show just had one host until the volunteer list grew large enough to add co-hosts. The program became a WTIP cornerstone, and in 1999, expanded into an offshoot, the PM Community Calendar, from 5 to 6 p.m. That same year, a massive storm leveled thousands of acres of trees in the Boundary Waters Canoe Area Wilderness.

WTIP was there each morning to broadcast updates about storm recovery efforts, which soon sparked a successful fundraising campaign to add a second translator on the Gunflint Trail–thereby extending WTIP’s broadcast reach far into the wilderness. Newly qualified for CPB funding in 2006, WTIP added three full-time staff, which gave our organization the ability to bring the show “on the road,” broadcasting remotely and adding online streaming at www.wtip.org.

In May, 2007 the Ham Lake Wildfire raged out of control at the end of the Gunflint Trail. The blaze took 1,000 firefighters a week to contain, with 133 structures lost, including 61 homes. Because WTIP was the only media outlet capable of reaching this remote area with up-to-the-minute reports, the AM Calendar show became the portal of information about the fire. Staff and volunteers chose to sleep on the floor of Studio A in case the Incident Management Team needed to get an announcement out quickly. As a result of WTIP’s crucial coverage, the station was awarded the DNR Fire Media Award in August of 2007.

In the years that followed, the AM Community Calendar has incorporated award-winning news stories, short and long-term culture and history series like The Lake Superior Project and others. In 2014 WTIP staff and producers worked with an independent consultant to evaluate the show for production standards, structure and overall intent. The program’s core values were identified as: localness, integrity, quirkiness, sense of place, stories, joyfulness, and high production quality. The show was re-named North Shore Morning and expanded to two hours. Working with a staff producer and a roster of volunteer hosts, the program continues to be the most-listened-to program on WTIP and has grown to include a wide variety of community voices from rural NE Minnesota including Wildersmith on the Gunflint, To Minnesota with Love, Magnetic North, Conversations on Health and Well Being and many more. After 21 years, North Shore Morning has developed into a rural community media forum like no other.