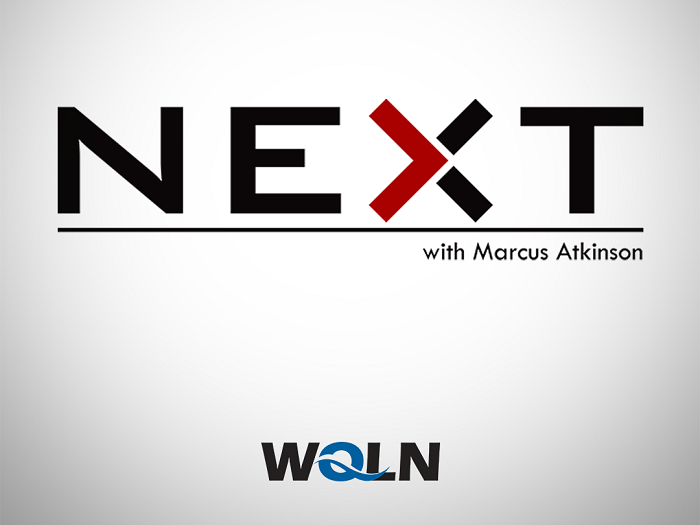 “NEXT with Marcus Atkinson” on WQLN Radio 91.3FM/Erie began as a series of unscripted, unrehearsed interviews with the “next generation” of local voices, young leaders who are guiding Erie through challenges affecting the city’s minority communities, including an epidemic of gun violence, a scarcity of professional opportunities, a lack of safe and affordable housing and incidences of police brutality. The series has recently expanded to new platforms, reaching thousands of additional audience members, especially those outside of the public media “traditional” audience, and its focus has expanded beyond challenges that are specific to the city, touching on topics that are equally relevant to young residents beyond the city and county limits.

In response to robust and growing social media engagement around broadcasts and promotion of “NEXT with Marcus Atkinson,” WQLN reformatted the series as a digital-first offering, beginning with a July 11, 2018, Facebook LIVE webcast.

Each monthly episode is now first streamed live on the WQLN Public Media Facebook page and “NEXT with Marcus Atkinson” Facebook page, from the WQLN Television studios where it is produced and recorded on a newly customized set. Audio from each episode is captured and minimally edited, as needed, for later broadcast on WQLN Radio 91.3FM, where it airs at 4:00 p.m. on the fourth Sunday of each month. Episodes are archived on WQLN Radio’s SoundCloud account, WQLN Passport and on a dedicated landing page at WQLN.org/NEXT.

To build awareness and Facebook LIVE “tune in,” WQLN expanded promotional activities for “NEXT with Marcus Atkinson” in summer 2018, including a Facebook tile announcing (and place-holding) the live event, multiple other promotional placements on social media and new promotion on WQLN TV, in addition to regular placement on WQLN Radio and in WQLN’s weekly e-newsletter.