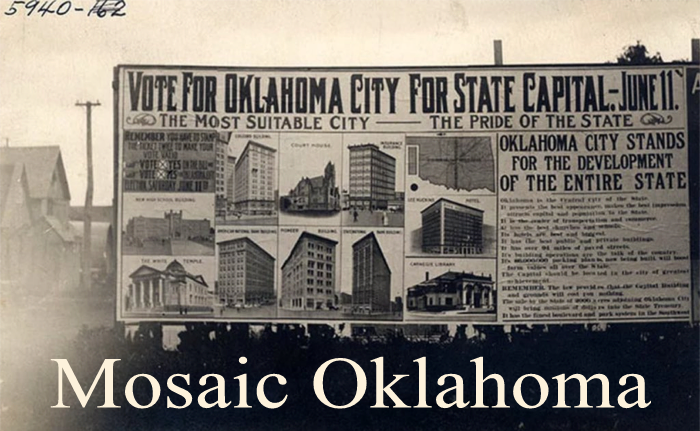 Our overall goal with “Mosaic Oklahoma” was to meaningfully connect more Oklahomans with OETA, the state’s only PBS station. This project leveraged our traditional strength in video storytelling with a renewed commitment to personal outreach in Oklahoma communities and a robust social media strategy.

We believed this would attract new viewers and lead to increased fundraising success at the membership, major gift, and corporate gift levels. Because the majority of OETA’s donors come from the state’s two metro areas (Oklahoma City and Tulsa), we are particularly excited about the project’s impact in other cities, towns, and rural communities across the state.

With “Mosaic Oklahoma: Pawhuska,” we initiated our strategy of connecting with Oklahomans on multiple levels. Our staff and production team connected with a wide variety of community members, viewers, and donors during the months of preparation and filming around Pawhuska. This gave us the prime opportunity to record testimonials, capturing local voices in support of OETA. To celebrate the completion of the program, we partnered with the Pawhuska Chamber of Commerce to host a very popular VIP reception and premiere event at the historic Constantine Theater on the downtown strip.

On Facebook and Instagram, we developed strong “Mosaic Oklahoma” followings by promoting the current episode and encouraging Oklahomans to post (and tag us in) photos about their personal piece of Oklahoma’s mosaic. We also shared Oklahoma events, happenings, and historical facts on both social media platforms.

Because OETA is broadcast free throughout the state, all Oklahomans could watch the first episode, “Mosaic Oklahoma: Pawhuska,” which premiered during the OETA Foundation-produced on-air fundraiser, Festival, as well as rebroadcasts on OETA’s main channel and OKLA, one of the four channels that OETA operates to extend access.

We have the opportunity to leverage viewers’ excitement about “Mosaic Oklahoma” into viewership of other OETA shows with the goal of converting them first to regular viewers and then to contributing members.