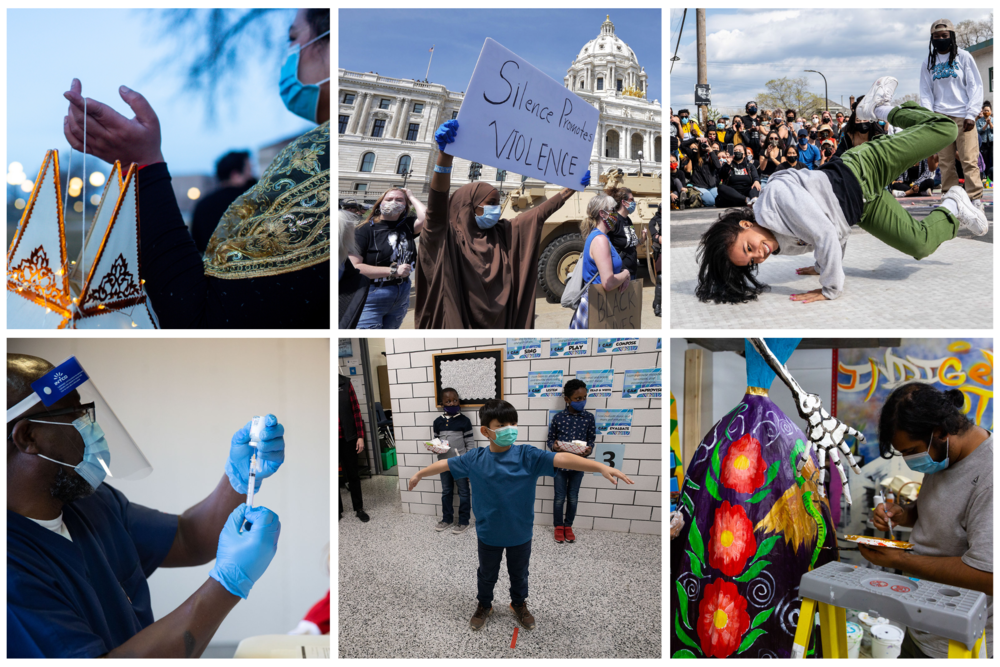 We know that Minnesota Public Radio (MPR) listeners and members help shape their communities, and that they include prominent leaders in business, government and education, as well as farmers, teachers, healthcare workers and small business owners. But our strategic plan recognizes the importance of expanding our reach beyond traditional public radio listeners. And it calls on MPR to become a conduit for fostering and bringing communities together around shared interests and common goals.

The Minnesota’s Diverse Communities project is helping MPR accomplish its strategic goal of authentically serving new, diverse audiences by creating content that represents and resonates with more Minnesotans. Launched in fall 2020, it has informed MPR’s news coverage, provided a base for deeper community conversations, and delivered valuable insights to our partners, including those in the philanthropic community.

Minnesota’s Diverse Communities consisted of a series of listening sessions with members of Indigenous communities and communities of color throughout the state, followed by a statewide public opinion survey. From the initial listening sessions, which were held virtually with residents of six cities and towns outside of the Twin Cities metropolitan area, three important themes emerged:

– Participants had strong feelings on issues other than race but were rarely asked about them.
– Participants wanted to hear more stories that highlight the successes and cultural richness in their communities.
– Media organizations like MPR are often operating with a trust deficit when they first approach BIPOC communities.

Much of what we learned directly informed the questions that we then included in a broader survey (with 1,000 of the more than 1,500 respondents identifying as BIPOC). The survey, conducted by our colleagues at the APM Research Lab, was designed with the hope of providing a clearer picture of the opinions and experiences of as many of Minnesota’s racial and ethnic groups as possible. Participants included strong representation of Black, Indigenous, Latinx and Asian populations, including a large sample of the state’s largest Asian ethnic group, Hmong.

In the first public report out, the APM Research Lab looked at how Minnesotans feel about the state’s police and courts. Subsequent reports will perspectives on education, feelings of inclusion, experiences with discrimination, news media consumption, trust in institutions, and access to arts and culture.