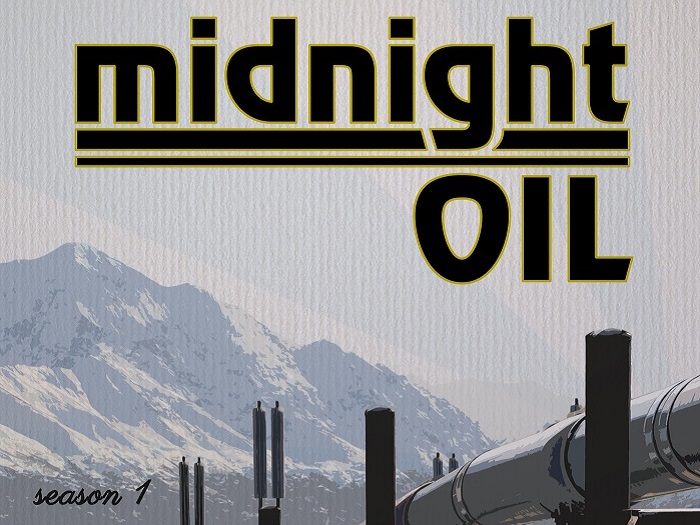 Midnight Oil is an ambitious and collaborative project from Alaska’s Energy Desk that explores the rich history of how Alaska became an oil state. The project is an eight-episode podcast, a video series and a standing room only storytelling event. Public media stations in Juneau, Anchorage and Unalaska collaborated on the project.

Alaska’s Energy Desk launched in 2016, with a grant from the Corporation for Public Broadcasting and a mandate to tell engaging energy and environment stories from around the state. Before we even got started, we knew there was a big anniversary coming up — June 2017 was the 40th anniversary of the first barrel of oil flowing out of Prudhoe Bay, Alaska’s massive oil field. That barrel and the millions that have come after it completely transformed Alaska. At times, 90% of the state budget has come from oil.

We decided an in-depth, narrative podcast was the best way to tell the rich history of the oil, the pipeline and the rollercoaster ride the state has been on since then. Our reporters in Juneau, Anchorage, Unalaska and Washington D.C. contributed. We traveled to Prudhoe Bay, Cordova, Valdez and Fairbanks to tell the stories. We also asked Alaskans to contribute their own stories of the pipeline days and how the pipeline and the oil industry has shaped their lives. We put some of these stories on the radio.

We also invited six Alaskans to tell their stories in front of a live audience at a brewpub in downtown Anchorage that served up a special “Midnight Oil” beer that evening. People packed into the event to hear stories from the pipeline days. Even Alaska’s governor, Bill Walker, attended.