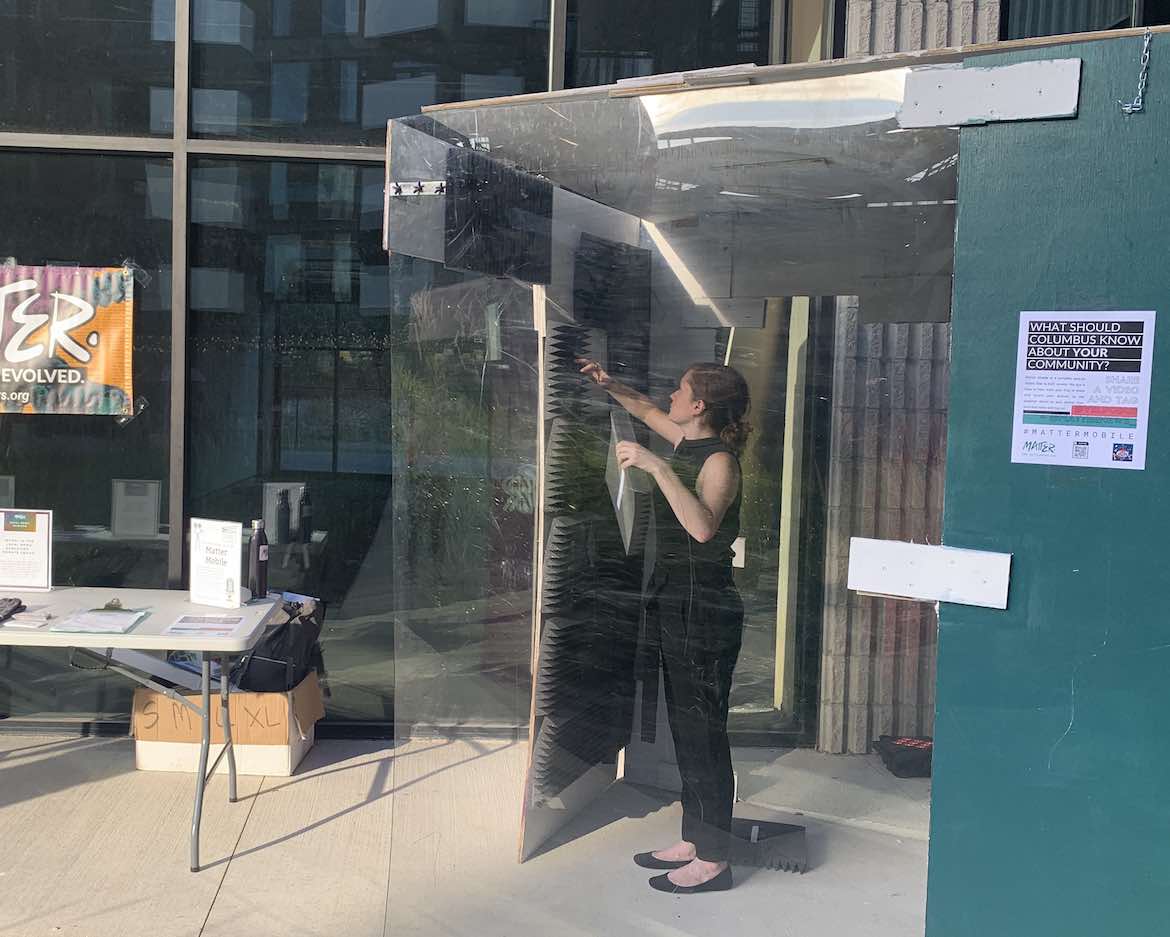 Part of Matter’s core philosophy is that we don’t want to make our sources or audience come to us; we want to go to them. Matter Mobile allows us to do that in a tangible way. As a young journalist, I was often assigned to Vox Pop interviews and found that folks were often either deterred from talking to me or they goofed off because of the camera in their face. So, we decided to create a low-cost, collapsible studio to give privacy for sources and more control for us.

We received a grant from a local nonprofit for the materials and built it with staff and volunteers over the course of about a month. It was quite a change of pace from our normal desk jobs, to say the least. The studio is mostly constructed of wood, with some windows made out of acrylic sheets. Soundproofing foam is attached to the walls as needed after it’s built and we have flexible lights that can be attached to the walls or hung from the ceiling for additional light.

We debuted it at a community festival and will continue to take it to community events until we build out our own programming. Eventually, we hope to set it up for a day once every other month in remote areas of the city. There, we will interview residents in that area about the issues we’re investigating, namely, urban development.