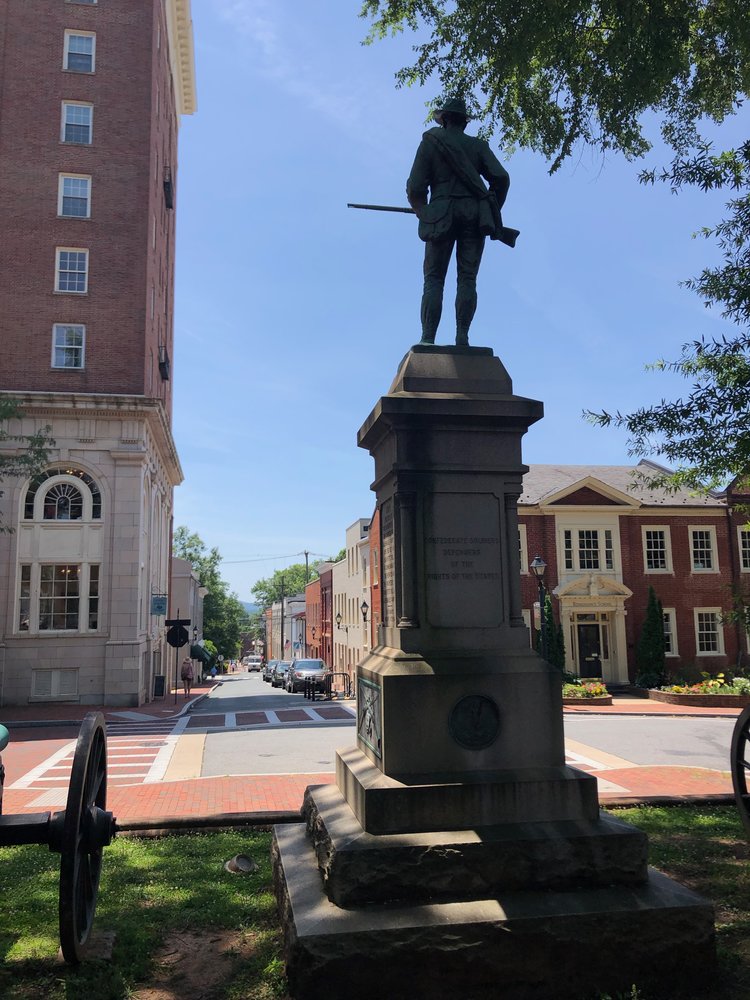 Like many southern cities, Charlottesville’s landscape includes a number of Confederate monuments. These were erected in the 1910s and 1920s, the peak of the “Lost Cause” era of white supremacist Jim Crow laws. In 2015, a local high school student led a petition to remove these monuments to the Confederacy, and Charlottesville’s City Council voted to do so. The backlash was intense – in August 2017, that statue became the focal point of the “Unite the Right” rally, a searing event that ended in the deaths of three people.

Subsequently, UVA Professor Jalane Schmidt and African-American Heritage Center director Andrea Douglas began periodically leading in-person tours of these monuments, explaining both their social and political context and their meaning in art history. Their tour delves deep into explaining the essential and difficult history we live with today.

WTJU’s airs a predominantly music format, but we also serve as a cultural institution for stories and community-building. As Charlottesville has continued to grapple with the legacy of the 2017 tragedy and its much longer racist history, we saw a need to amplify Dr. Schmidt’s and Dr. Douglas’s tour and bring it to more people.

During summer 2019, WTJU recorded the audio of one of their in-person tours and assembled photos and resources for further reading. We assembled it all into a digital tour called “Marked by These Monuments” online at TheseMonuments.org. WTJU also aired audio excerpts of that tour throughout our program schedule during the month of August.

In the year since its publication, TheseMonuments.org has served as a resource for people both in Charlottesville and beyond. It continues to receive hundreds of views per month, long after our initial promotional push.