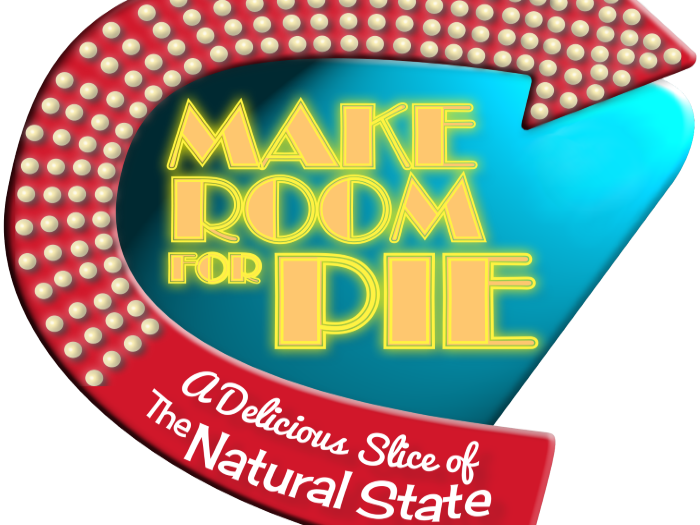 Make Room for Pie began with the idea to enlist the talents of local food writer Kat Robinson. Kat is well known in the Arkansas food scene, respected for her knowledge of Arkansas foodways and history and a great quirky character with a loyal social media and print following. When Kat was ready to publish a new edition of her popular book on the pies of Arkansas, we thought that would be a perfect place for us to partner. We brought award-winning filmmaker Larry Foley in to produce the program.

Before filming began we started our social media campaigns. A Facebook page dedicated to the program was used throughout the filming to post footage, information and schedule of locations to be visited by the production crew, and to ask followers to tell their stories about the pies they loved.  Between our own promotion of the page, Kat’s and Larry’s, response was exceptional and overwhelmingly positive. People love pie, happy stories and being provided an opportunity to share their love of their hometowns and favorites.

Response continued to be significant throughout the process, culminating on the night of the premiere when we pledged the program live with Kat and several of the pie makers featured in the program in the studio with us. It was the #2 program for the entire drive in dollars and #1 for dollars in a single airing on its premiere. The AETN Marketing team created a social media campaign to coincide with our promotion of the program and its production that focused on the viewers and the pie makers themselves.