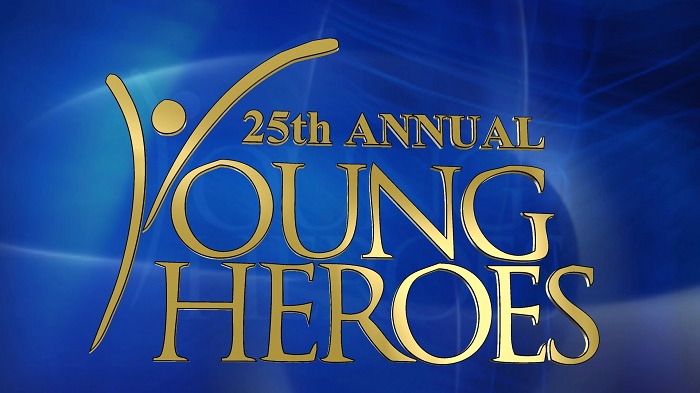 The LPB Louisiana Young Hero Awards annually honors students in grades 7-12 who excel in the classroom, serve their local communities and demonstrate great personal courage in overcoming adversity. These annual statewide awards spotlighting inspirational students began in 1996. LPB’s partner in this annual mission is the Rotary Club of Baton Rouge. 190 amazing young people have been honored as Louisiana Young Heroes since the program’s inception!

Each year, LPB receives nominations from across the state. We solicit nominations through on-air promos, in our monthly program guide, in our weekly e-newsletter, via social media and billboards and through grass roots contact directly with schools, churches and agencies that serve youth.

On Louisiana Young Heroes Day, the students are treated to a day full of activities starting with breakfast at LPB’s studios featuring the Mayor-President of East Baton Rouge, who reads a Young Heroes Day proclamation. The students are then treated to a number of surprises, including in recent years, a Mac laptop computer for each one, provided by members of the Rotary Club. Next comes a tour of Louisiana State University’s campus – LSU Coaches Les Miles and Coach Ed Orgeron became a key part of that visit, speaking to the students and posing for photos with them, along with LSU’s mascot, Mike the Tiger. A luncheon is help at a historic Baton Rouge venue – usually the Louisiana Governor’s Mansion. Each of the Louisiana governors has been a part of the day also with their own proclamations and photo ops. The day culminates with a banquet that night where, for the first time, the students and other attendees see the video profiles that LPB produced. The awards ceremony is livestreamed on LPB’s website and the Louisiana Young Heroes Facebook page. A program produced from the days’ events, the students’ bios, and interviews with the students during the awards ceremony is broadcast a few weeks later on LPB.