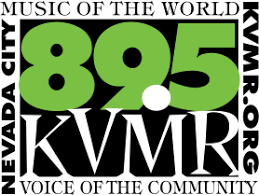 In November of 2018, KVMR raised over $43,000 dollars in just one day for the survivors of the catastrophic Camp Fire in Paradise, CA which is located just an hour and a half away from the station.  In addition to the KVMR’s commitment to supporting their neighbors in need through efforts like this, the station is also the official Emergency Broadcaster in the region. Fire danger is at an all time high in Northern California and preparation for fire is now being implemented by over 25 agencies in the region that KVMR serves. KVMR regularly reports on fires, as well as fire prevention and preparation in a collaboration with Yubanet reporter Pascale Fuessholer.  This summer a team of 10 broadcasters were trained to take the lead in case of emergency,  but the station’s 200 volunteers who may be responsible for reporting evacuations and emergency response are not trained to do so.