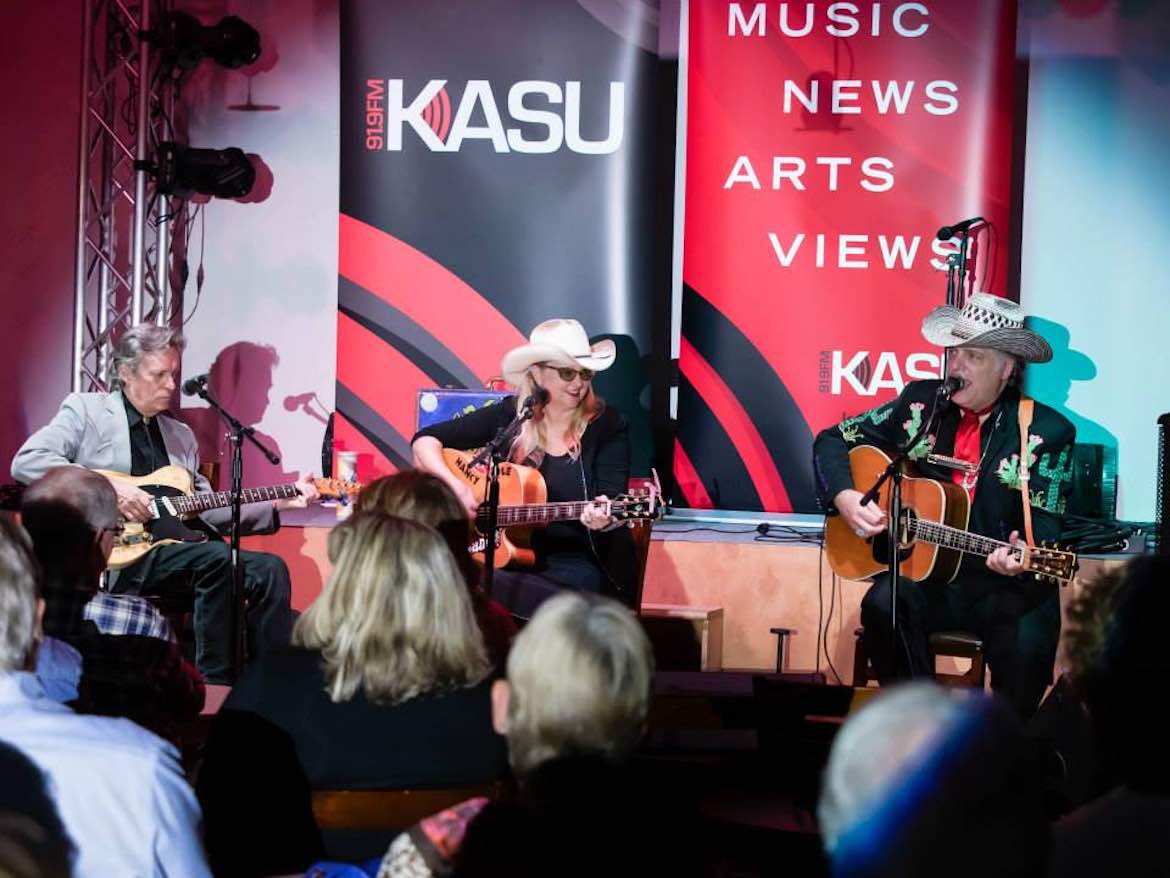 KASU, at Arkansas State University in Jonesboro, broadcasts with 100,000 watts of power. We reach northeast Arkansas, the Missouri boot heel, and across the Mississippi river into Tennessee. We are part of the Mississippi delta, mostly rural, primarily agricultural, and an area not known for its wealth or education. Part of our mission is to celebrate our region, and educate listeners about the culture of the delta, which is very rich with music history. Rich with the delta blues, and also the birth place of American rock and roll. Many natives and newcomers to the region are unaware of the music history of this area.

To increase awareness, KASU began a free live concert series in 1999, a time when downtown Jonesboro was dying. With a staff of only six, KASU teamed with a local restaurant to feature great bands who played for donations. These monthly concerts can be credited as part of what started the revitalization of downtown Jonesboro. It didn’t take long before KASU was fielding requests from other communities. We took on the second venture in 2002 in rural Paragould. The theme was bluegrass – a celebration of the nearby Ozarks. The concerts were a huge success. They continue to this day, often filling the theater to capacity, and they have a following far beyond the locals.

Four years later, KASU added a third area concert to its docket. This time in Newport, located about 50 miles away. Unlike Jonesboro, and even Paragould, the economy was hurting badly. Schools were in decline, one of two hospitals in the town had to shut its doors, and many people were leaving. Still, a group of dedicated residents worked tirelessly to turn that trend around. KASU was the first to host a monthly downtown event. It was an immediate hit! KASU Bluesday-Tuesday featured the blues, and early rock and roll â€“ a perfect fit with the musical and cultural origins so rich in the region. The event drew the the entire community, and was an anticipated gathering for music and dancing. KASU developed relationships with community leaders who underwrote the event, allowing us to extend our reach for musicians to other parts of the state, as well as nearby Memphis, TN.

Unfortunately, the venue closed after 4 years, leaving Bluesday-Tuesday homeless! But a few community leaders, who realized the value KASU added to the quality of life in Newport, found a new venue. The country club on the edge of town would welcome the public once a month for Bluesday-Tuesday, at no cost. Admittedly, being downtown was better, but we were pleased with attendance of 100-150 at the concerts. Something great happened in 2017. The community built a downtown park and stage. The Chamber of Commerce took the lead to establish a six-month concert series, which would include KASU Bluesday-Tuesday in the line-up. They formed a planning, and invited KASU to be part of it. They secured the underwriting, sound system, handled set-up and the all rest, we only had to book the bands.