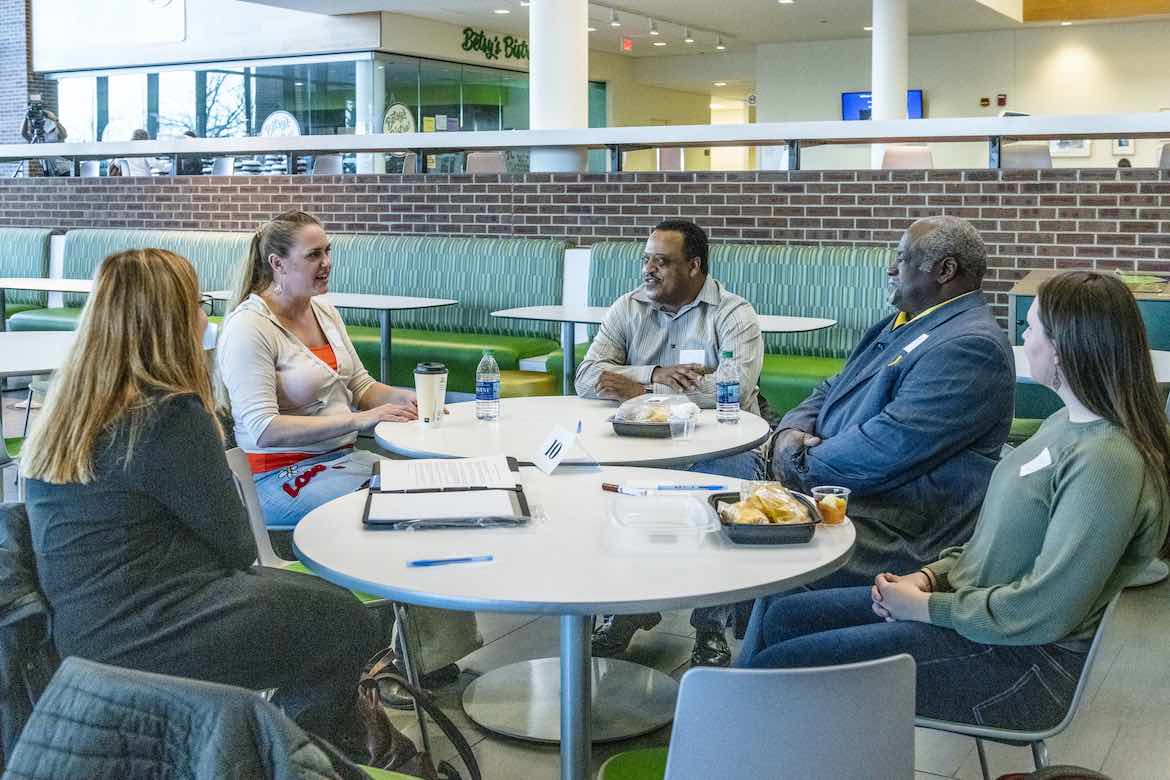 In early March 2019, Illinois residents from the cities of Danville and Champaign joined Illinois Public Media (IPM) journalists for dinner and conversation about what local public officials should prioritize in order to lead the cities into their brightest futures. At the two evens, volunteers from the League of Women Voters and IPM staff members facilitated small group discussions about local issues and then shared perspectives from the groups with the entire room. Once all groups summarized their concerns and aspirations, the attendees created questionnaires their City Council and mayoral candidates in anticipation of the April 2nd local elections. After the event, Illinois Public Media reporters sent the questionnaires to candidates and published answers on IPM’s website and social media.

To serve youth and educators with our Democracy Series, IPM’s education and news departments led an all day youth media summit called YES! Civics for high school civics classrooms from Eisenhower High School in Decatur, Hoopeston Area High School, and Springfield Southeast High School. This event was designed similar to those outlined above, but with the additional goal to help Illinois educators meet the new state civics standards. In the morning, students met with City Council and School Board members from their region to learn the responsibilities of elected offices and the process of voting. Students also talked to public media and commercial news journalists about how they cover elections. In the afternoon, journalists facilitated conversations with students about changes they would like to see in their communities. Then students and journalists co-created questionnaires for their local candidates running for city council and school board. The students asked amazing questions that impressed candidates and reporters. Candidates’ answers to the questionnaires were posted on IPM’s website and shared and distributed by other commercial and public media outlets.

The Democracy Series was designed with these principles: 1) Civil discourse can uncover shared civic information needs. 2) Reporters co-creating content with diverse groups of community members leads to the most relevant and useful content. 3) Youth can (and should) participate in civic action even if they are not of voting age. 4) Public Media is uniquely equipped to facilitate dialog among community groups, commercial media entities and public institutions given its mission and expertise.