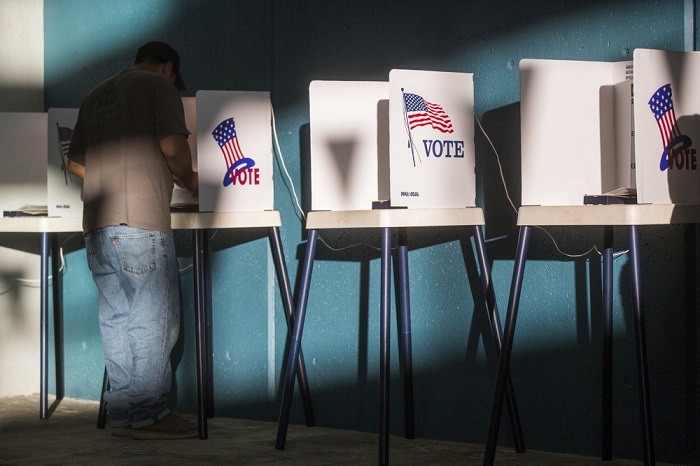 The Los Angeles area is known for some of the lowest voter turnouts in the state. In 2009, less than 18 percent of voters turned up for a citywide election. We wanted to find out why more people weren’t voting. We asked our audience and discovered that many people find the process hard to navigate.

In 2015, we assigned our politics reporter a list of topics to cover; voter participation would be a particular focus. The reporter took on that charge and ran with it. As the presidential election approached in 2016, she began connecting with community members to find out which topics resonated the most with voters.

With help from KPCC staff, she hosted a lunch for residents to hear their concerns and she and a small KPCC team set up listening booths at a locally-owned restaurant in Watts and a swap meet in Santa Clarita.

The community members she talked with described the democratic process as removed from their daily lives. Some said they felt left behind. They had questions about when the election was and how they could register to vote, for example. Sometimes the question was simple and could be answered right away. Other times, the answer required leveraging government sources and days of reporting to get clarity.

The community responded enthusiastically, thanking her for taking the time to find answers. As the question volume expanded, she started extending her reach. Weekly radio segments leading up to Election Day answered questions live on the air, and highlighted a Google Voice phone number that people could call or text with questions.

On Election Day 2016, the reporter and two assistants fielded dozens of questions throughout the day. They came via phone, email and social media.

Later, KPCC took the guide to the next level. The web-based engagement platform Hearken and the text-messaging engagement service GroundSource became key partners. In addition, training and involvement of assistant staff expanded. Two staffers spent several days mastering the minute details of Orange County and Los Angeles County election rules, which enabled them to swiftly and accurately answer community questions on election day. Efforts resulted in a five-fold increase in the number of questions we got, and helped us break news.