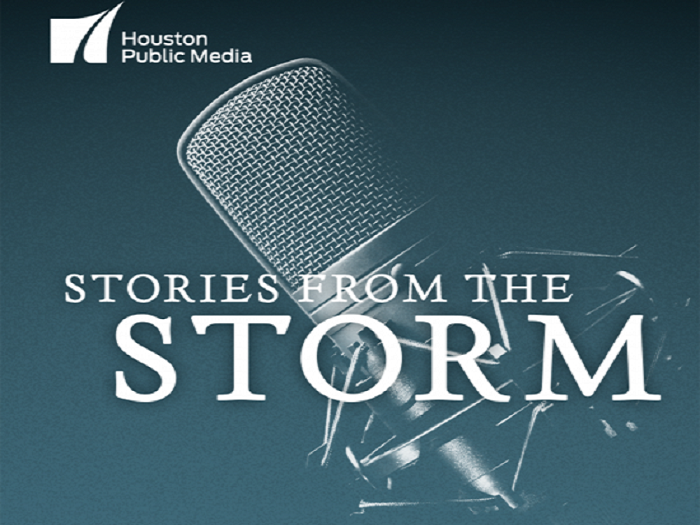 We developed several elements for our “Houston After Harvey” project and a landing page to house them.

“Stories from the Storm” is a 10-part podcast and video series done in the style of StoryCorps. Community leaders and everyday Houstonians reflected on how the storm changed their lives, from the way they defined community to how they envisioned their future and the future of Houston. This series was also re-edited as a half-hour television special to be shared with other Texas PBS stations.

“Hurricane Season” is an eight-episode podcast that explores how major storms going back to 1900 greatly impacted the people and policies of the Greater Houston area.

Both of these projects also aired as special in-depth news segments on our news radio station and as recurring segments on the radio show Houston Matters. The audio was also shared via the Texas Collaborative radio collective. Additionally, Houston Matters hosted a special show devoted to Hurricane Harvey.

This has been a truly collaborative project unlike any we’ve done before. In addition to content creation for every type of media we produce (podcast, radio, online, television, social), the content was shared widely both across and outside of the organization. The creative services and production team built the podcasts and videos. The radio team reinterpreted the audio into news and talk show formats. Facebook posts promoted the video series with autoplay videos. The marketing team made sure the press releases and other promotional materials were distributed far and wide. And we produced all of the content early enough to be able to share it usefully with other organizations.