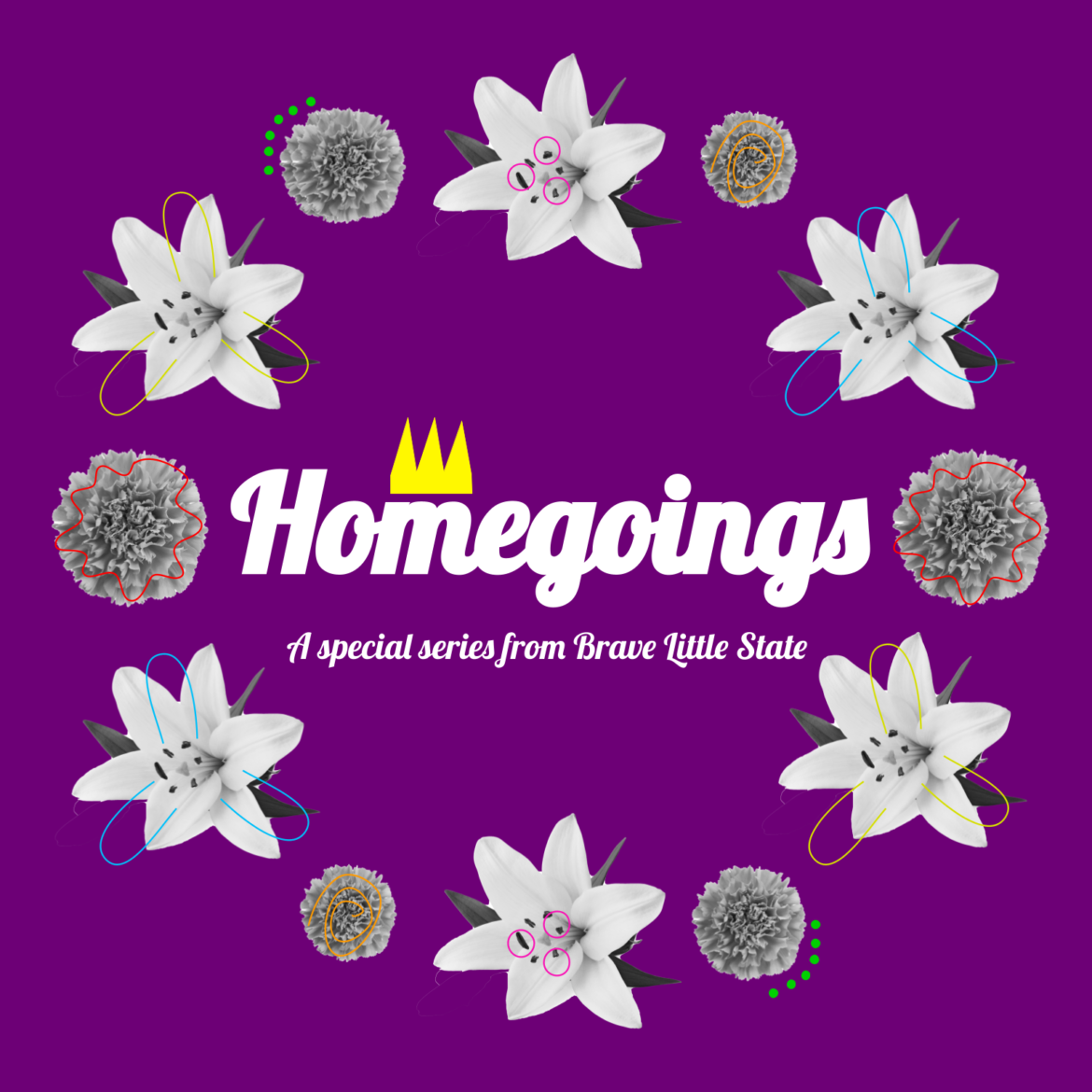 Launched on the one-year anniversary of the murder of George Floyd, ‘Homegoings’ seeks to foster important conversations about Black joy, rage and healing through the lens of art, rather than trauma.

“The shape of Black grief is not always a sad one,” lead producer Myra Flynn says in the opening episode of the series. “Sometimes, in our culture — as I also identify as Black — grief can simultaneously hold mourning and sadness, alongside full displays of joy, healing, dancing, good food and, more often than not, at its center is music.

“These layered displays of Black grief have a name: Homegoings — an often elaborate African-American funeral tradition marking the going-home of the dead.”

In each episode of ‘Homegoings,’ Flynn, who conceived of this series just weeks after joining VPR as an engagement producer, speaks with a Vermont-based artists of color about their craft, and explores what she calls the “four pillars of Black response in a post-Floyd era: Grief, rage, joy and healing.” Each episode concludes with a full, deep listen to one of the artist’s songs.

The four-part weekly series ran under the umbrella of Brave Little State, VPR’s people-powered journalism podcast. The project also had a broadcast component: The first three installments aired in a broadcast special on Juneteenth, and the fourth installment aired during a live conversation about the series between Flynn and VPR host Connor Cyrus.

With musical styles ranging from punk and folk to hip-hop and blues, disarmingly intimate conversations and electrifying project visuals, ‘Homegoings’ presents a unique window into Vermont’s BIPOC music scene, and offers a compelling alternative to coverage that typically centers trauma in its storytelling.