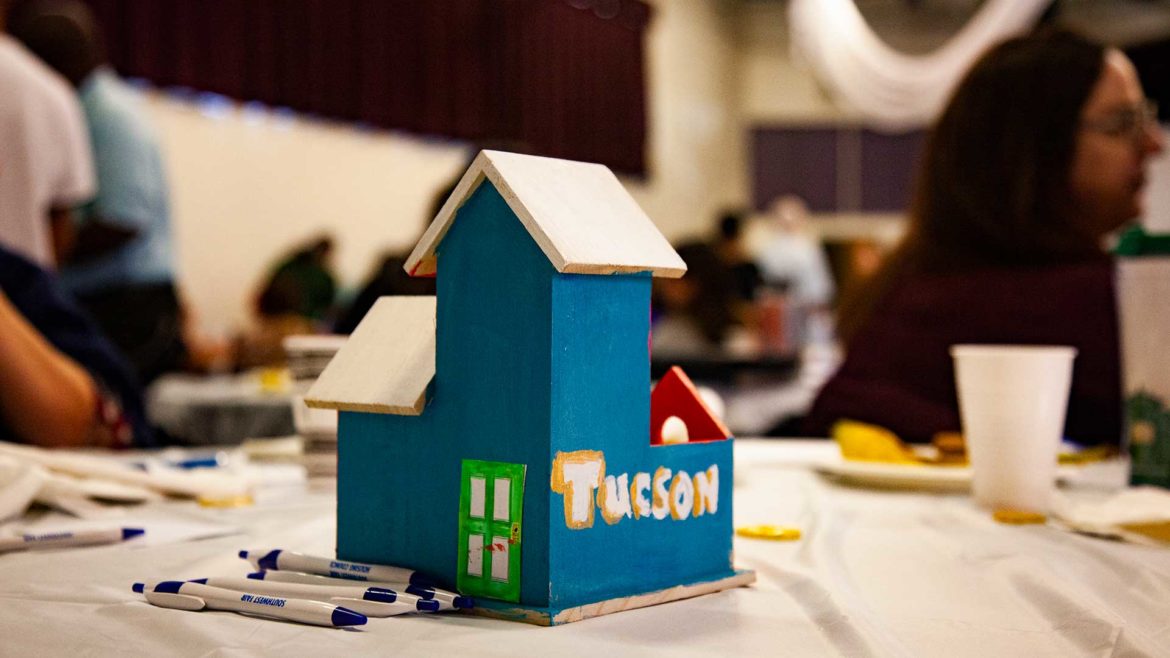 Affordable housing and gentrification have become the focus of national attention as cities small and large grapple with evictions, homelessness, and eroding communities as housing costs rise and wages stagnate. The same story is playing out in Tucson’s downtown and west side. In recent years, those areas have seen the growth of student housing developments, infill projects, and “flipping” of homes in formerly working-class or lower income neighborhoods. For those who can afford to buy, the booming economy has also led Tucson’s housing demand to outstrip supply. Prices continue to rise unabated as the affordable and small-home side of the market has fallen away, leaving many struggling to find a quality, safe, and comfortable place they can afford to call home.

As the public media station for Southern Arizona, AZPM is well-positioned to employ our local journalists, community ties and role as storytellers and conversation conveners to further important subjects like this.

Our radio news team planned a series of stories and shows focused on this topic. We delivered that content over the course of one week, bookended by two episodes of The Buzz (which airs on Fridays), with several feature stories and other radio segments in between. From the outset, we planned a third episode of The Buzz as a live event – a conversation with the community we would tape for later broadcast. Episode One looked at historic housing discrimination, Episode Two featured a roundtable with local affordable housing groups on their day-to-day work, and Episode Three (the live event) focused on gentrification and neighborhood change.

At our live event, held a month after the series aired, the show host moderated a conversation between panelists representing development, fair housing, and neighborhood associations.

Additionally, we played two audio pieces for the audience: a medley of listener voices sharing their views on how their own neighborhood has changed, and a summary of some of the content we covered in our earlier series. After the panel discussion, we took questions from the audience.

We sold out the (free) live event, with around 250 people in the audience. We had incredible audience engagement, with around 80 questions submitted via notecards. We also live-streamed the show on Facebook, garnering 800 views at the time of the event and more than twice that in the week following. We also later broadcast the live event as an episode of The Buzz.

In all, we achieved what we intended to accomplish – to facilitate and create space for a community dialogue about an issue affecting many people in our city. The success of this integrated news and community outreach project also confirms that we will continue coverage of this particular issue and plan and execute similar projects again in the future.