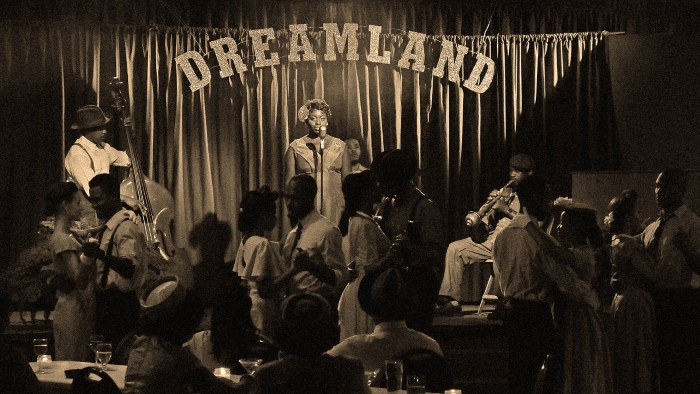 In November 2017, AETN premiered “Dream Land: Little Rock’s West 9th Street.” Three years in the making, this documentary begins by telling the long-overdue story of how Arkansas’s capital city of Little Rock became a city of refuge for recently emancipated slaves. It continues with the African American story through the turn of the century, moves on to both World Wars, and into the civil rights struggle of Little Rock’s Central High School desegregation crisis in 1957 — finally telling this emotional story through historians and the Arkansas African Americans who lived it first-hand.

Despite dealing with a segregated society, Little Rock’s African American business community thrived. The story is highlighted by a historic building in the district known as the Dreamland Ballroom, which quickly became a mecca for big name Black entertainers of the 1940’s and 50’s, known as the “Chitlin’ Circuit,” and included regular performances by Ella Fitzgerald, Louis Jordan, Count Basie, Sister Rosetta Tharpe, and more. Sadly, because of the Little Rock School Board, the Arkansas Highway Department, and federal programs like “Urban Renewal,” the once-thriving district soon became a blight and was shortsightedly leveled, taking with it its rich African American cultural heritage.

Rolling out this important local story began and continues throughout 2018 with more than a dozen pre- and post-broadcast screenings at our state’s premiere African American museum, HBCU and state universities, regional libraries, and churches throughout the state, and we have received rave reviews from every venue we worked with.

The film has been featured in several film festivals, was the focal point of two major Juneteenth celebrations, and continues to find its way into classrooms, library programs, and beyond. AETN and our educational partners created for this initiative a robust website (aetn.org/dreamland), social media campaign, Educator and Discussion Guide, and traveling exhibit. The film’s producer and AETN’s engagement team have and continue to participate in panel discussions, screening Q&As, and workshops relating to the film’s bold subject matter.

AETN’s film has recently been selected to premiere nationally on the American Public Television content feed and will air on PBS World soon.