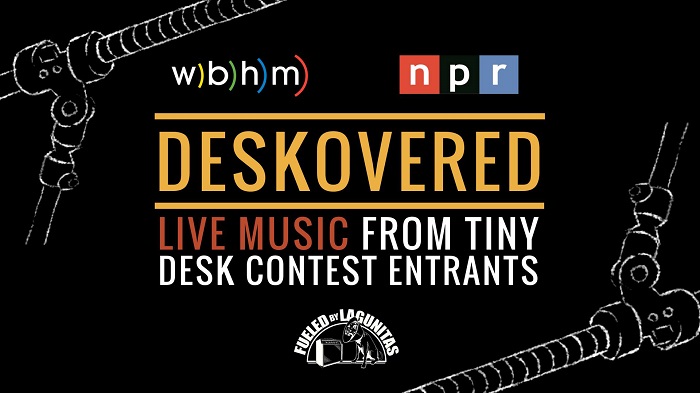 On July 6, WBHM hosted DESKOVERED: Live Music from Tiny Desk Contest Entrants at Saturn, an extremely popular music venue in Birmingham, Ala. that graciously donated the use of its space as well as the revenue from the ticket sales. The lineup was purposely eclectic and comprised predominately of the local bands who made the “Bob Round.”

Historically, many of our events have been centered around news, such as our popular Issues & Ales community discussion series. We’d been hearing from listeners that because the news was so heavy, many were simply turning their radios off. We wanted to have a fun, light-hearted event that would engage a younger demographic than usually attends our events. And that’s just what happened.

The event was a total sell-out. We sold 50 VIP seat packages at a premium that included an actual seat and a swag bag of WBHM, NPR and Lagunitas items. The other 200 or so tickets sold were standing general admission. The crowd of mostly 20- and 30-somethings was engaged and energetic, cheered and danced, and by all accounts really enjoyed the show. The best part? The room was predominately filled with people whom we did not recognize from other events, so we got to engage with a whole new segment of our audience.

We publicized the event on-air, and through Facebook and Instagram. But we also promoted it on the Birmingham SubReddit, which is a place we only venture into occasionally when we cover a local story that we think might fit there. Knowing that we did have fans over there who were more interested in music events like this one, we chose to be fairly active in our engagement there, and it seems to have worked.  Additionally, we turned to our Junior Board to help us promote this event among their circles.

The bottom line: We earned some money for the station, but more importantly, we created some buzz and a lot of goodwill. People had a blast, the bands told us that they enjoyed the exposure, and we’ve been gratified by calls and emails asking us when we’re going to do it again. The answer? Next year!