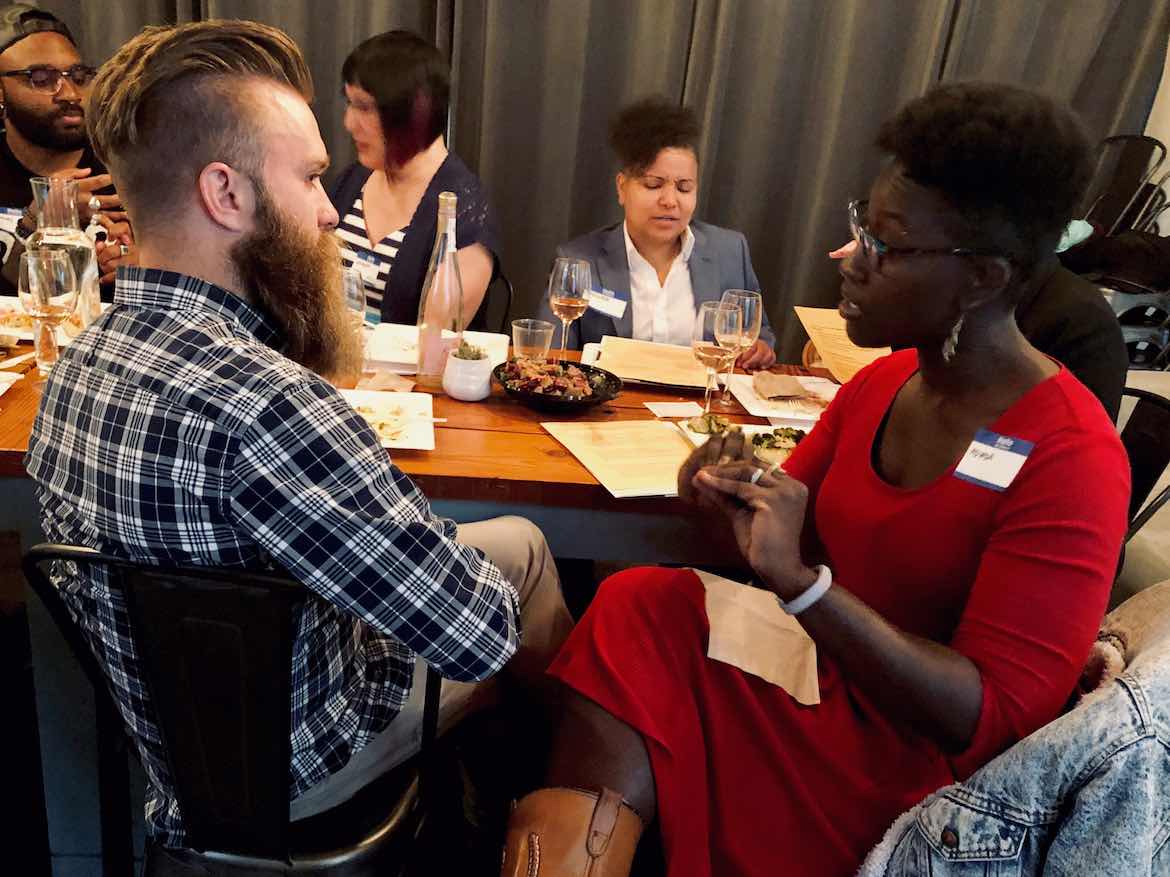 KUOW launched Curiosity Club with one bold question in mind: Can great food and compelling storytelling transform a group of strangers into a community? After three different iterations of the club, KUOW is seeing evidence that the answer to that question is yes.

Curiosity Club comprises 10 diverse community members chosen through an application process and brought together for a dinner party or a series of dinners, which are festive but informal. A month before each gathering, members are assigned five multimedia KUOW stories as homework.

KUOW’s community engagement producer serves as facilitator, and the journalists who reported the stories participate, too. The agenda includes time for both one-on-one and whole-group discussions. Afterwards, participants complete a survey. Many members write thoughtful and surprising reflections that we share online at KUOW.org/curiosityclub.

The first group of Curiosity Club members kicked off in 2019 with a series of three dinners. Participants said they appreciated the fact that reporters participated in the club and were not only open to conversation, but to constructive criticism and further engagement on their stories.

The second cohort gathered for a one-night pop-up dinner. There was an urgency in the room that seemed to be fueled by the compact timeline as the conversation weaved in and out of complex topics such as identity, race, and citizenship.

Inspired by the pop-up, KUOW put together the third group, a “Queeriosity Club,” for a Pride-themed dinner. All of the homework assignments were centered on LGBTQ themes.

KUOW hopes that next will be a Curiosity Club for youth. The station plans to partner with education leaders to build a curious cohort of thoughtful young people from diverse cultures, perspectives, experiences, and grade levels.

Organizers learned that the application process is just as important as the planning and execution of the engagements. From the start, they wanted the club to reflect the diversity of the region and bring together people who have historically felt underrepresented in the media. As a result, the applicant pool for the first cohort was not only robust with 88 applicants, it was diverse by many measures. Focusing on the application process, rather than just the selection process, allows KUOW to better ensure that Curiosity Club is an authentic representation of the surrounding community.