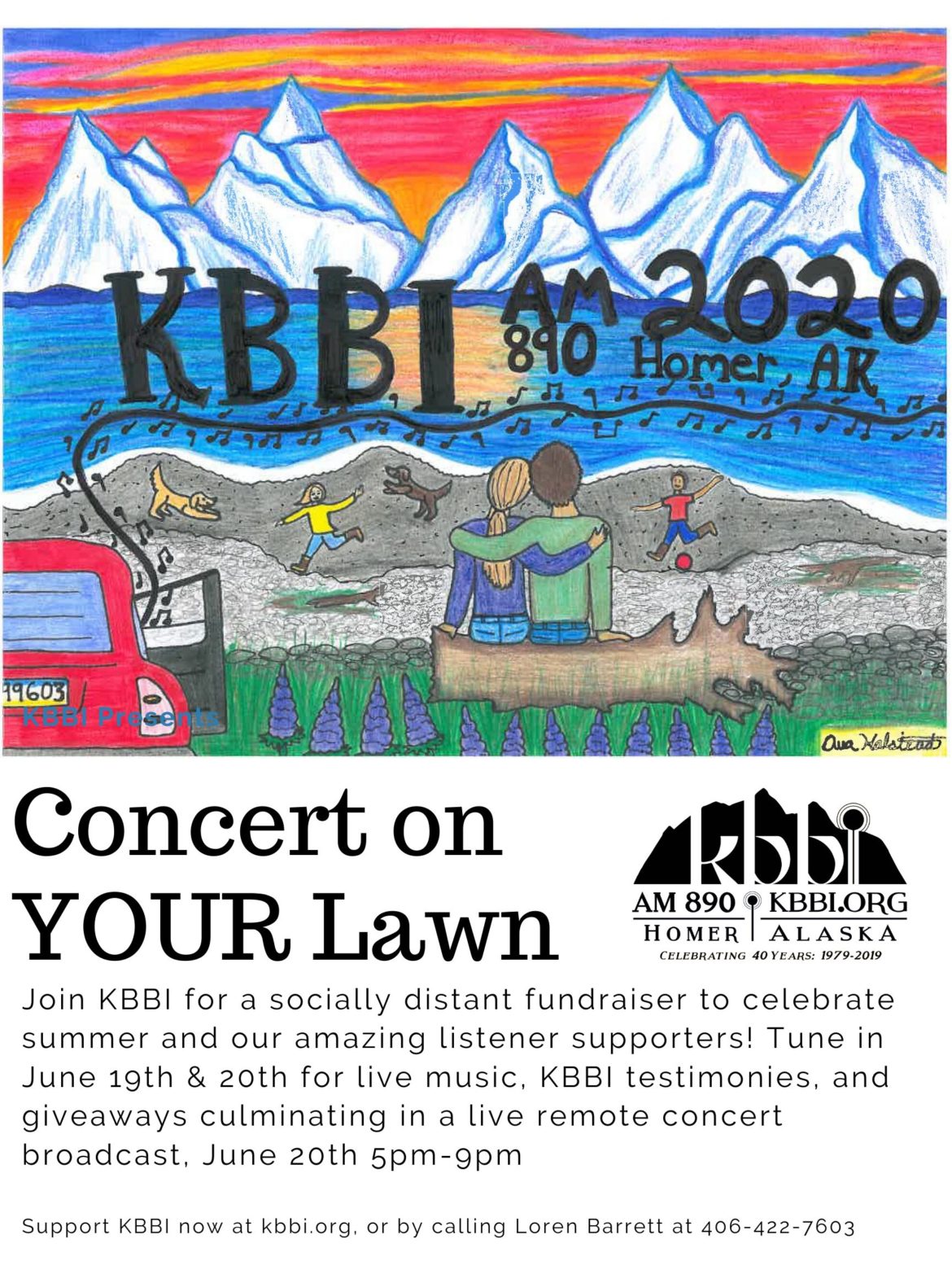 As a public radio station, our largest source of income is membership contributions and we rely on the two annual drives each year to make our budget. But the COVID-19 pandemic struck weeks before our Spring Membership Drive. This spring, with businesses shutting their doors and no way to host as an event, we decided to postpone our event indefinitely. As the months continued, it became clear that hosting an in-person event in the Fall would not be possible and that asking for donations from the community would be difficult. Simultaneously, we begun hosting an evening musical program that hosted local musicians live from their homes on Friday nights on a show we called ‘Social Distance.’ This program provided musicians a place to perform when no live music was an option, as well as served as a great morale boost and connection point for the community.

As we approached the need of the fiscal year and quarantine continued, the idea of ‘Concert on Your Lawn’ came to being. In years past, we had hosted Concert on the Lawn – a live fundraiser concert for the community – hence the name. Instead of our regular call for pledges and testimonies, we opted not to interrupt any programming but simply add in live music on all our local music shows for two days and end the event with a two-hour live concert special – all facilitated remotely. We sent out a call to musicians to submit a musical sample as well as an outline of their recording equipment and in home set up. During the day, we aired prerecorded KBBI testimonies from members of the importance of the station asking those to donate if they could by calling in – these aired during normal ad breaks and did not interrupt any programming.

Spread out over the two days, we were able to host nine different musicians and provide the only ‘live’ music in town. The event ended up being a fantastic fundraiser for the station a great platform for the musicians, and it was a great piece of entertainment for our listenership.