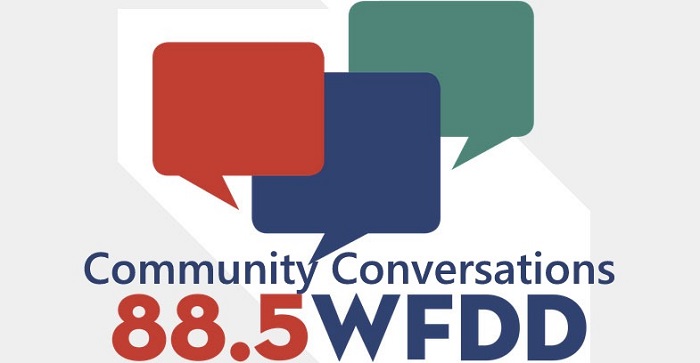 At WFDD, we believe that engagement and collaboration are key to addressing the many challenges facing newsrooms today, as well as the disconnect between the media and community they serve.

We tried to do that in our Hearken-powered series, Carolina Curious, to great success. When we began planning for our community conversation, we wanted to build on the success of the series by using it to select the topic itself.

We used the Hearken module to collect topic suggestions, promoting it on-air and digitally. A wide range of ideas were submitted, but several key themes emerged. We narrowed down the selections and used Hearken to hold a voting round to choose the winning topic: mental health.

WFDD staff has been pulling away from the more conventional approach of panel discussions with a handful of experts. We wanted a dynamic event, where listeners, community members, and staff really had a chance to listen to one another.

In 2015, we used the World Cafe group dialogue method for a discussion on childhood hunger, and decided to use it again during this event. We likened it to speed dating meets round table discussion — as the process involved people having conversations around a table, and then rotating to a different table with an entirely new set of people, and building on the ideas that were generated from the former group.

We had nearly 100 members of the community join us. Medical professionals, representatives from advocacy groups, and those whose lives were touched by mental health issues were in attendance. In the spirit of the conversation, we arranged the tables as if we were at a cafe. There was also paper and markers, so participants could write down or draw their thoughts. The paper acted as a visual representation of the ideas generated and the conversations that took place.

WFDD reporters were on hand to synthesize the feedback from the event, and asked the attendees what stories we should take on next. Once again, a voting round took place, and the resulting feature story focused on the winning question about access and barriers to mental health care.

Additionally, throughout this entire process, the WFDD newsroom was emailing the listeners who participated in the voting rounds and topic suggestions, regardless of whether they attended the actual event. We shared the stories that surrounded the event and opened up yet another channel for direct communication with the newsroom.