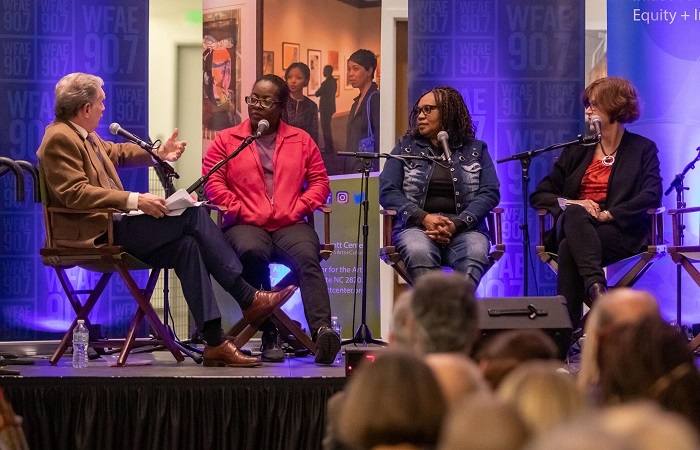 WFAE’s Charlotte Talks with Mike Collins, a weekday call-in show, facilitates a Public Conversation on an issue important to the Charlotte community 3-4 times a year. The topics have included the controversial Student Assignment Plan at Charlotte Mecklenburg Schools (April 2016),  the HB2 legislation and its affect on North Carolina (July 2016), Building Trust after the Keith Scott Shooting and Protests (October 2016), Immigration (February 2017), and the Homicide Count and its Affects on Charlotte (July 2017). These conversations pull together stakeholders and community leaders in front of an engaged audience to discuss a given issue, and then open the forum to the audience for further conversation. The events foster dialogue, exposure to different viewpoints and experiences, and an understanding about complex topics. Attendance for these events number in the hundreds for each event, and on the radio, the reach is in the thousands. In addition, we use what we learn in these discussions to further news coverage as well as plan future shows. We are in the planning stages for a Public Conversation about Lessons Learned: One Year After the Keith Scott Shooting (tentatively in September 2017).