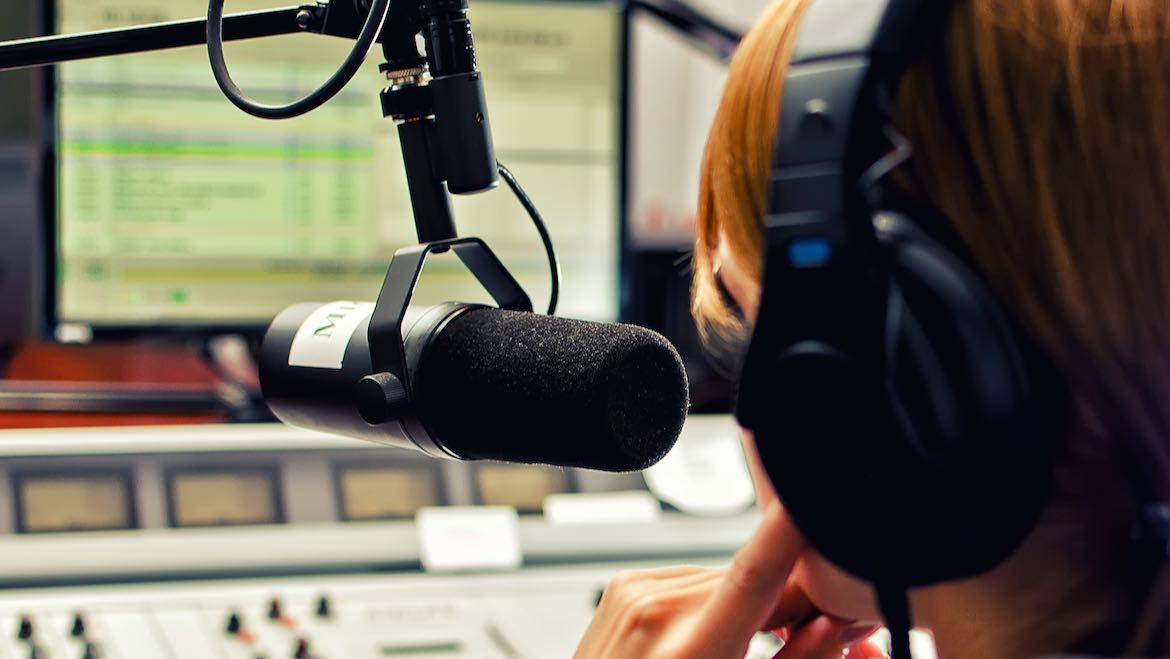 The on-air back-and-forth between an NPR host and a reporter is so much a part of the public radio lexicon that by now we take its structure for granted. But let’s go over it for a second.

Host A introduces reporter B during, say, All Things Considered. They talk to each other for maybe a minute, setting up the interview that the reporter recorded earlier. Then they play the tape and talk for a bit afterwards until A says something like “Thanks, B.”

And that’s about it. Nothing to see here. That is, until we get to the reporter’s goodbye.

How do they usually go? “Thank you for having me” is popular. So is “No problem.” Sometimes a segment ends with “My pleasure” or, more recently, “Good to be with you.” And NPR listeners have become accustomed to David Folkenflik’s “You bet!”

But occasionally you hear a much more interesting response — an outlier that, when I first heard it, made my head pop up and swivel like one of those meerkats on Nature. It’s the deceptively simple “You’re welcome.”

Under normal circumstances, it wouldn’t trigger a neurological alert. But something about hearing a reporter end a live two-way with “You’re welcome” caused my inner journalist’s lizard brain to wake up from its nap and open one eye.

It left me feeling disoriented and confused, as if there had been some kind of an epistemological earthquake. Had the world had gone mad? (Don’t answer that.) Had our elderly cat suddenly stopped hissing at our new puppy? Had my two sons started calling me “sir”?

Exactly what was I reacting to? Normally there’s nothing about “You’re welcome” that would so unscrew my bulb. There was something wrong, but what was it?

Since “Thank you” and “You’re welcome” go together all the time, that couldn’t have been what was bothering me. Until I looked more closely at the basic scenario: I give you a gift. You say thanks, and I say, “You’re welcome.”

Simple enough. But how is that different from the exchange I heard that first got my attention?

Consider the following analogy. Say you’ve thrown a lovely dinner party that’s coming to a close. As your guests depart, you might say “Thanks for coming” as they’re going through the door. An appropriate response from one of them might be “Thank you for having me” or “My pleasure” or “Thanks for having me.” But no one would ever respond with “You’re welcome.”

Even if Donald Trump had been one of your guests, he’d know better than to say “You’re welcome” as he’s buttoning his coat. I think we’d all agree that “You’re welcome” as you’re leaving a party is just bad form, with a sprinkle of hubris. As if you’re the gift.

I have it on good authority that NPR News doesn’t regularly throw dinner parties, even though their anchors are called “hosts.” So the next time you’re listening to Morning Edition and you hear a reporter end the conversation with “You’re welcome,” just smile to yourself and maybe chuckle a little, knowing that not everyone has good manners.

Bob Mayer has made TV for CBS News, NBC News, MSNBC and CNN. In addition, he’s narrated a number of documentaries for public television. To help himself get through these trying times, like many people these days, he got himself a puppy.