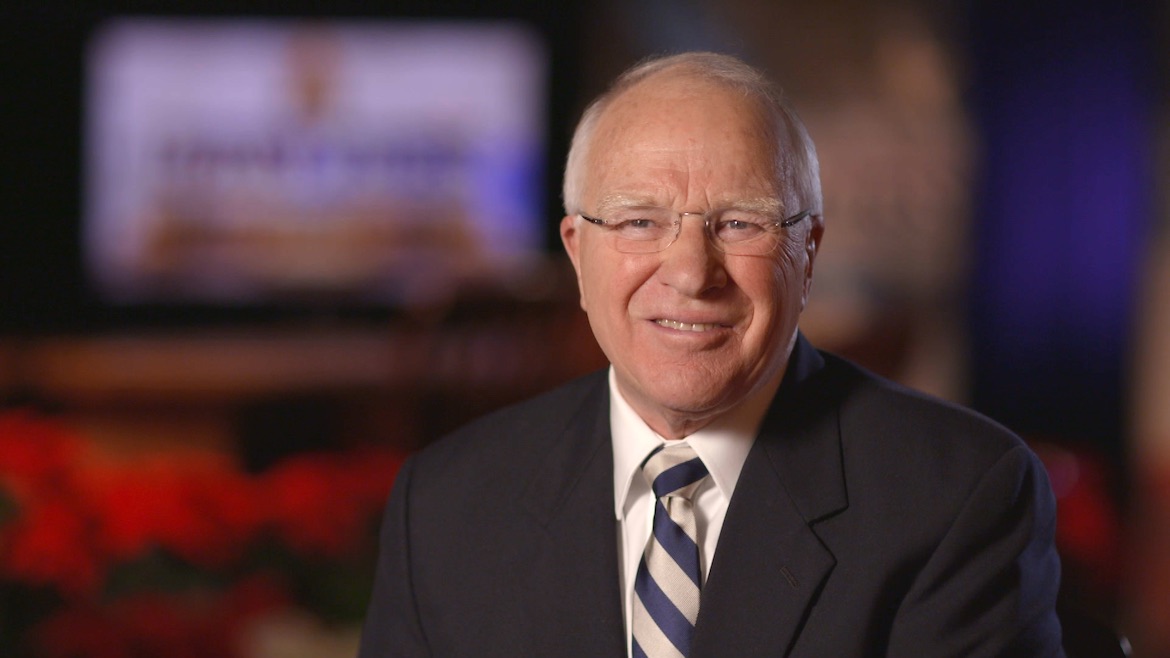 Dean Borg, a veteran of the Iowa press corps who hosted Iowa PBS’ public affairs roundtable and reported for Iowa Public Radio, died March 22 of complications from pancreatic cancer. He was 81.

Borg started in public radio at WOI in Ames as a student at Iowa State University. After graduating in 1959, he earned a Masters of Public Administration degree from the University of Iowa. He began his professional journalism career working at WMT (now KGAN), a commercial radio station in Cedar Rapids, where he eventually was named news director.

When Iowa PBS was starting Iowa Press in 1971, Borg was invited to appear on the weekly public affairs series. “It was taping out of a high school in Des Moines,” said Andrew Batt, senior producer at Iowa PBS. Borg hosted the program until retiring from television in 2017.

From 1973 to 2010, Borg was director of public information at University of Iowa Hospitals & Clinics.

In 2000, Borg started “doing extra work for radio,” Batt said, by reporting for IPR. “And he ended up working there another two decades,” Batt said.

“He worked at the hospital, he hosted Iowa Press,” said Charity Nebbe, Borg’s colleague and host of IPR’s Talk of Iowa and Iowa PBS’ Iowa Ingredient. “He taught Sunday school, then drove to Des Moines to do the show. He was a 4-H leader. He was tireless.”

Colleagues at both public broadcasting networks valued the knowledge and insights Borg brought to their coverage. Early in his career Borg covered school integration in Little Rock, Ark., and struggling Midwest farms, according to a news release from Iowa PBS and IPR. He also produced news coverage from South Vietnam and Southeast Asia and interviewed every president from John F. Kennedy to Barack Obama.

“Anytime we were doing a retrospective on the anniversary of pretty much anything that had happened, we’d ask Dean what his perspective was,” Nebbe said.

“To say we all admired Dean is the most colossal understatement,” said Iowa PBS GM Molly Phillips in a statement. “His experience, intelligence, tenacity and, most of all, integrity was what made him such a unique and invaluable journalist and friend.”

Borg received numerous awards throughout his career. In 2017, the Upper Midwest regional chapter of the National Academy of Television Arts and Sciences inducted him into its Gold Circle Honor Society, an honor reserved for those who make significant contributions to television well beyond that required by their jobs.

“Dean loved public broadcasting because he could go seamlessly from a public policy discussion show on Iowa PBS [on weekends] to reporting from rural Iowa during the week, or going to a public policy meeting and reporting it for radio,” Batt said. “He felt both mediums were truly where he could provide public service.”

“Iowa Public Radio has lost a treasured and respected colleague, and Iowans have lost one of the best reporters the state has ever seen,” said IPR Executive Director Myrna Johnson in a statement.

Borg worked nearly until his death. While he was “in the hospital in palliative care,” Nebbe said, he introduced her to a potential interviewee. “Dean had a production credit on the show a week before he died,” she said.

According to Nebbe and Batt, Borg epitomized journalistic integrity, honesty and dedication both on the air and off. “He set the gold standard for being a fair and unbiased journalist,” Nebbe said.

Batt added: “Dean will be remembered as a consummate professional who believed in editorial integrity.”

Borg is survived by his wife, Sheila, and five children. Due to coronavirus precautions, funeral services were private, but the family plans a memorial service later in the year.