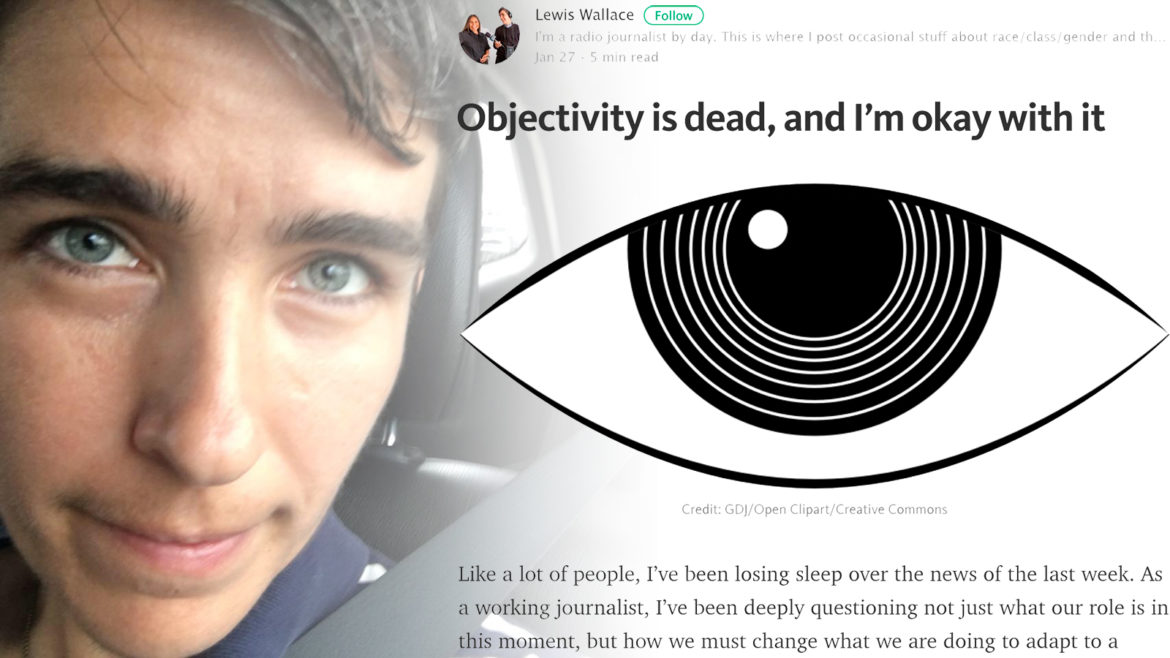 Lewis Wallace says he’ll “cop to clickbait” on the headline that marked the beginning of the end of his reporting job at Marketplace — “Objectivity is dead and I’m ok with it.”

But he was shocked that his bosses found the actual content of the essay — a not especially edgy or unusual meditation on the evolving nature of journalistic standards — to be so objectionable as to immediately suspend him after he posted it last Wednesday.

They also ordered him to take down the post, which he did. And when he put it back up Saturday in direct defiance, he had to know what was coming next; Marketplace chief Deborah Clark fired him Monday.

The story is complicated by two factors: 1) Wallace was, as far as I know, the only out trans journalist working on-air in public radio at a national level; 2) Marketplace’s star anchor, Kai Ryssdal, regularly pushes the boundaries of conventional objectivity on his Twitter feed and yet remains conspicuously unsuspended.

Wallace declined a modest severance offer in order to preserve his legal right to talk about what happened, and this week he brings his story to The Pub.

Also on the show this week, NPR’s dilemma about whether to use the L-word or the F-word in reference to President Trump (or rather, his statements), and one station news director’s dilemma over a T-shirt printed with words that shouldn’t be political but are.

13 thoughts on “‘The Pub’ #88: Lewis Wallace on getting fired from ‘Marketplace’”