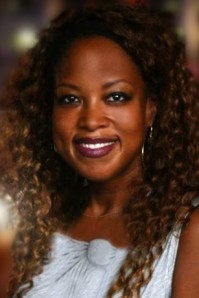 Nelson will collaborate with executive producers of icon series and independent producers to develop content and ways to engage audiences across programs and platforms, a Friday announcement said.

She reports to Beth Hoppe, PBS chief programmer. In the statement, Hoppe called Nelson “a proven leader with experience in development and production for a diverse range of public affairs programs, documentaries and live specials.”

At WGBH, Nelson recently oversaw production of America By the Numbers, an eight-part documentary series exploring the country’s changing demographics.

Prior to WGBH, she served as acting v.p. of news and original programming for BET Networks, which included overseeing Battleground 2012, a yearlong political initiative. Nelson is the founding e.p. of NPR’s Tell Me More and also produced for Nightline and World News Tonight at ABC.

Folk Alley, the 24-hour streaming service from WKSU at Kent State University in Ohio, has hired Cindy Howes as a host. She previously hosted Morning Mix on WYEP in Pittsburgh.

Tri States Public Radio in Macomb, Ill., has hired two correspondents. T.J. Carson is covering Galesburg, Monmouth and Knox County. It’s his second stint at the station, where he worked as a student reporter and host in 2006. Carson also reported for WSPL-AM in Streator, Ill. Abby Wendle is reporting on agriculture, food and fuel, in partnership with Harvest Public Media, a Local Journalism Center. Previously Wendle worked at This Land Press in Tulsa, Okla., developing an hourlong radio show and podcast. Her work appeared on public radio programs The Story, State of the Re:Union, and the CBC’s Day 6.

Bryan Moffett has been elevated to general manager of National Public Media, the sponsorship sales team for NPR, PBS and their digital content. In his new role, he will direct day-to-day corporate underwriting operations, with all nonsales functions in NPM reporting to him. Since June 2010, Moffett served as v.p. for digital strategy and sponsorship operations. Previously, he managed editorial publications and digital and IT infrastructure at several radio and television stations and print publications.

WCNY in Syracuse, N.Y., has hired Lorie Emlaw as senior accountant in the station’s finance department. She previously worked at Albany Medical Center.

After 36 years at Tri States Public Radio in Macomb, Ill., Kenneth Thermon, operations manager, will retire Nov. 30. Thermon began his career at the station while a broadcasting student at Western Illinois University. He helped guide the station’s conversion to digital and was instrumental in its growth from a single signal to its current four broadcast signals.

Larry Raymond has joined WCNY in Syracuse, N.Y., as senior media designer, focusing on marketing and communications. He previously worked as a consultant.

Dan Carsen, education reporter at WBHM-FM in Birmingham, Ala., is a fellow in the Renaissance Journalism’s Equity Reporting Project: Restoring the Promise of Education. The project is part of the Ford Foundation’s More and Better Learning Time Initiative and Renaissance Journalism, an experimental storytelling and engagement initiative for underserved communities created in 2009 by San Francisco State University’s department of journalism. Thirty-one journalists and organizations will receive training, technical assistance, consultation and grants for media innovations. “This fellowship allows Dan and WBHM to strengthen our commitment to in-depth reporting on issues of education and inequity — a topic often overlooked in the media,” said Rachel Lindley, WBHM news director. Carsen’s project will air and be published before June 2015.

Emily Hotaling is a new membership associate in the development department at WCNY in Syracuse, N.Y. She formerly worked at Wegmans Food Markets.