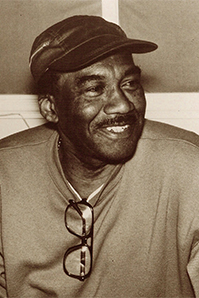 William Miles, an Oscar-nominated filmmaker and chronicler of the black experience, died May 12 in Queens, N.Y., from uncertain causes. He was 82 and had long suffered from health problems, including Parkinson’s disease and dementia, according to the New York Times.

Miles sought to chronicle forgotten moments in black history with his films, which he produced through his company Miles Educational Films Productions and frequently distributed through New York’s WNET/Thirteen. His most significant directorial credits included 1977’s Men of Bronze, which concerned an all-black U.S. battalion in World War I that had to fight under a French banner because of segregationist policies, and the 1981 miniseries I Remember Harlem, about the changing state of New York’s historically black neighborhood.

Miles also produced a number of films, including a 1989 profile of author James Baldwin for the WNET biography series American Masters.

Controversy engulfed Miles’ career upon the 1992 release of the American Experience episode “Liberators: Fighting on Two Fronts in World War II,” which he co-produced and co-directed. The film, which asserted that two all-black battalions liberated the Buchenwald and Dachau concentration camps at the end of WWII, was released to wide acclaim and nominated for an Academy Award for Best Documentary Feature before Jewish and veterans’ groups began calling its accuracy into question.

WNET pulled the film from nationwide pubTV distribution in February 1993 amid letter-writing campaigns from veterans alleging historical revisionism. A subsequent seven-month investigation by WNET concluded that Miles’ research methods for the film were “seriously flawed” and that he and the other producer had failed to verify the oral testimony featured as evidence or confirm correct dates for events. One of the film’s interviewees was later revealed to have lied about his role as a liberator.

At the time, Miles accused WNET and PBS of censorship and criticized WNET’s review process. “We stand by the testimony of the liberators and survivors who have given substantive oral testimony. We support the report’s conclusion that African-American soldiers played a critical role in the liberation,” he wrote in a statement with co-producer and co-director Nina Rosenblum in March 1993.

“Working with him was beyond belief,” Rosenblum told Current, adding that Miles’ filmmaking style was hugely influential for black documentarians. “We take it for granted now. We see Spike Lee, we see Henry Hampton, we see the great African-American documentary tradition, and we say, ‘Oh yeah, we know.’ But he pioneered that.”

This article was first published in Current, May 28 2013.
Send obituary notices to lapin@current.org
ShareTweet EmailPrint More