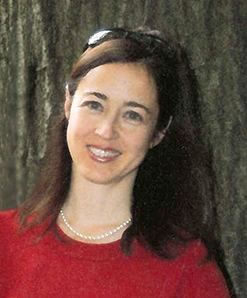 Mhari Saito, a reporter for Cleveland’s ideastream, died April 15 from a long battle with gastric cancer. She was 41.

Saito began her career as an NPR stringer in Cambodia in the late ’90s before becoming an urban-affairs reporter for WHYY in Philadelphia. She moved to Cleveland with her family in 2003 and began working for ideastream in August 2005. While at ideastream, Saito reported on various topics, including the housing market, and contributed lighthearted local features. Her segments were frequently picked up for national carriage.

She won numerous broadcast awards, including a first-place National Headliner Award for her story “Toxic Loans,” about Cleveland’s role in the 2008 subprime mortgage crisis; awards from the Ohio Associated Press and the Ohio Society of Professional Journalists; and a regional Edward R. Murrow award for a WHYY series.

Saito left ideastream in spring 2012 due to her illness.

“Mhari touched us all with her openness, curiosity and humility,” David Molpus, executive editor at ideastream, said in a release following her death. “Her intelligence and warmth infused everything about her, from her relationships with colleagues to the incredible quality of her work. She will be missed and long remembered.” Ideastream aired a tribute to Saito April 18.

She held a bachelor’s degree from Occidental College and a master’s degree in journalism from Columbia University and worked as a professional dancer before her radio career.

She is survived by her husband Thomas Callahan and their two daughters, Kaiah and Mia. A scholarship will be created in Saito’s name “to support medical research being conducted by an organization where Mhari volunteered,” according to the ideastream release, which asks that donations be sent to No Stomach for Cancer Inc.