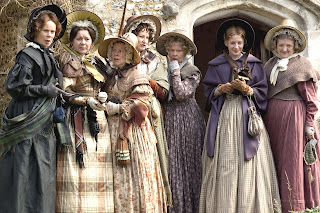 Primetime Emmy nods are out and PBS was the fifth most-honored network with 32. Topping the list was HBO with 101, then ABC with 63, CBS with 57 and NBC with 48. Masterpiece‘s “Return to Cranford” (above) received seven nominations, The National Parks: America’s Best Idea from Ken Burns had five, and “Emma” on Masterpiece scored four. A total of 512 nominations were announced early today (July 8). Visit the Academy of Television Arts and Sciences site for this complete list (PDF).