“Imagine if Hollywood decided to create an old-fashioned epic motion picture with a patriotic theme — A huge cast, stunning costumes, intricate choreography, a dramatic musical soundtrack, moments of sheer spectacle, stirring pride and patriotism, something to make you laugh, something to make you cry, and one hour that flies by way too fast,” said Producer Scott Jackson when describing Music & Might: Above and Beyond the Call of Duty.

This salute to international friendship and an emotional call to the love of country in us all, Music & Might: Above and Beyond the Call of Duty is a not-to-be-missed celebration of our greatest heroes – recipients of the Medal of Honor. With Veterans Day and National Veterans and Military Families Month, November is the perfect time for this broadcast. 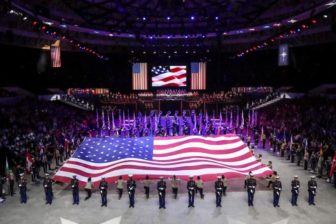 Filmed live at the world-renowned Virginia International Tattoo, legendary war correspondent Joe Galloway, special consultant to Ken Burns’ production of A Documentary History of the Vietnam War, wrote a special tribute to Medal of Honor Recipients. Galloway received a Bronze Star himself for rescuing wounded soldiers under fire in Vietnam as is the right voice to tell these heroes’ stories of selflessness, courage, friendship, and faithfulness against all odds.

The Army, Navy and Marine Corps each honor their services’ recipients in their own way. The Quantico Marine Corps Band uses powerful music and exciting drill. Their signature Iwo Jima flag raising reenactment is especially moving with the one and only Herschel “Woody” Williams present — Iwo Jima’s last surviving Medal of Honor Recipient. 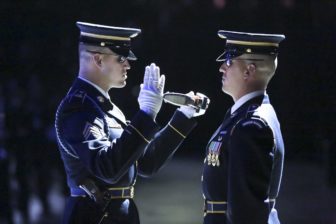 Highlights of this extraordinary cast from eight nations include the Republic of Korea Traditional Army Band, whose traditional uniforms and instruments beautifully illustrate a different style of military band. Their beautiful version of “Arirang”, Korea’s most famous folk song, features a soft, lyrical melody accompanied by lyrics about love and sorrow, and is performed during a moving rendition of “Amazing Grace.”

Representing a more familiar style of military band, His Majesty the King’s Guard Band and Drill Team from Norway is made up of over 100 soldiers serving compulsory duty. In seven short months these soldiers work as a cohesive unit and are one of the best combined military band and drill teams in the world.

This salute to international friendship is enhanced with the traditional sound of bagpipes. The Massed Pipes, Drums and Dancers who hail from Canada, New Zealand, Republic of Ireland and United States of America, perform a number of traditional melodies. The Highland Dance Company of New Zealand learn their choreography through virtual instruction and in addition to traditional Highland Dancing, their performance of Here’s to the Heroes honors military veterans. 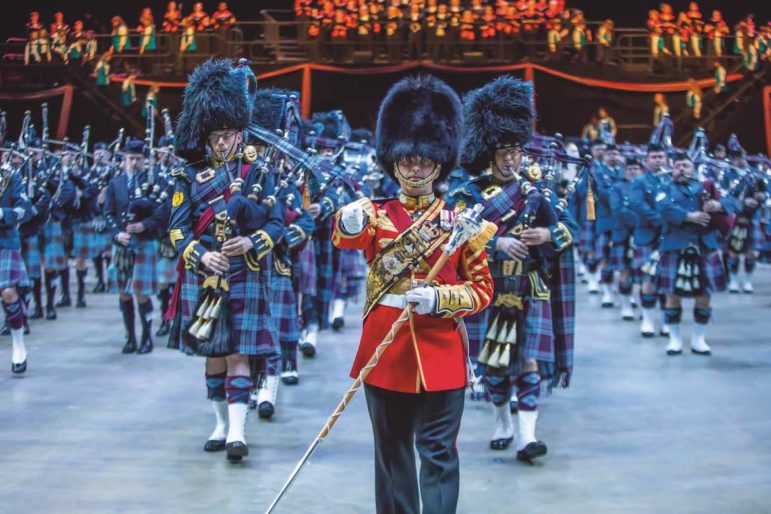 “They are the very essence of quiet heroes, the dwindling few who wear our nation’s Medal of Honor — the highest medal for combat valor above and beyond the call of duty. The Medal is no gaudy gold gong the size of a dinner plate hanging from a scarlet sash. It is, like the 71 living recipients, modest and unassuming.

“The Medal itself is a five-point star hanging from a small shield of blue decorated with 13 stars which hangs from a sky-blue silk ribbon. It is worn around the neck and is easily overlooked unless you know what you are seeing.”

— excerpt from Reflections on the Medal of Honor and its Recipients, by Joseph L. Galloway

Past editions of the Music and Might broadcast have received multiple Telly Awards in TV Programs – Entertainment, as well as the Virginia Association of Broadcasters Best Documentary/Public Affairs Program.

Sponsorship: There are no restrictions