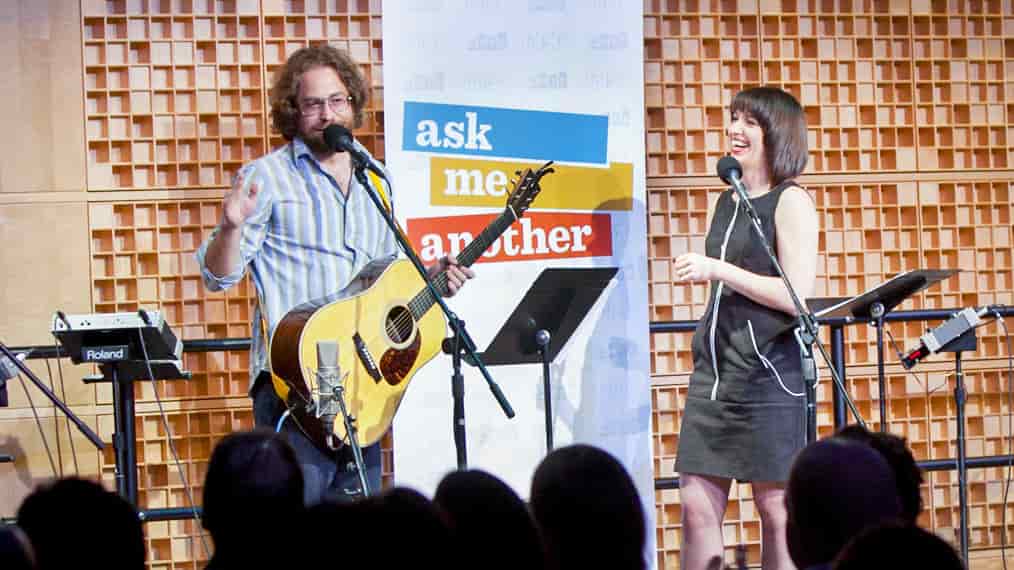 NPR announced Monday that it will end production of Ask Me Another in September after nine years of producing the weekly hour of comedy, trivia and music.

More than 300 stations air the show, hosted by comedian and writer Ophira Eisenberg and featuring Jonathan Coulton as in-house musician. AMA became a “refuge” for its grateful fans during the pandemic, wrote Anya Grundmann, NPR’s SVP of programming and audience development, in an email to public radio station leaders.

However, “despite the strong work of the team, AMA never quite found its full audience,” Grundmann wrote, “and because of our limited resources, we’re sunsetting the show.” The last episode will feed the weekend of Sept. 24.

Eisenberg told Current that she was “shocked” when she learned of AMA’s cancellation and saddened considering the show’s successful efforts to adopt a remote production model when the pandemic hit.

“Luckily, I’m going to be left with all the love from listeners,” she said, adding that fans have been “loud” about their appreciation of the show over the past year. But she knew that the economic strains of the pandemic could spur such decisions.

“I hate that we are part of that,” Eisenberg said.

“I’m really sad because the show had so much potential, and I think that NPR has had a number of shows in its history that had potential,” said Eric Nuzum, who created the show in 2012 while VP of programming at NPR. “But the organization just didn’t have the capacity to grow it and the tenacity to not give up on it.” (Nuzum, who left NPR for Audible in 2015 and now has a podcast production and consulting company, is also a contributor to Current.)

“I don’t think people knew what to do” with AMA, Nuzum said, and NPR has “many other important things to do. Unfortunately, it’s an understandable choice.”

NPR launched AMA at a time when the network’s board had asked management to develop new weekend programs, Nuzum said, looking ahead to what might replace shows such as Car Talk. Nuzum’s idea for AMA was inspired by a station event where Will Shortz, the New York Times puzzle editor who also appears on Weekend Edition Sunday, quizzed audience members with puzzles for an hour.

Grundmann wrote in the email to stations that NPR will provide “additional operational details” about the show next month. NPR did not share information about the future of the show’s staff.

93 thoughts on “NPR will end ‘Ask Me Another’ in September”