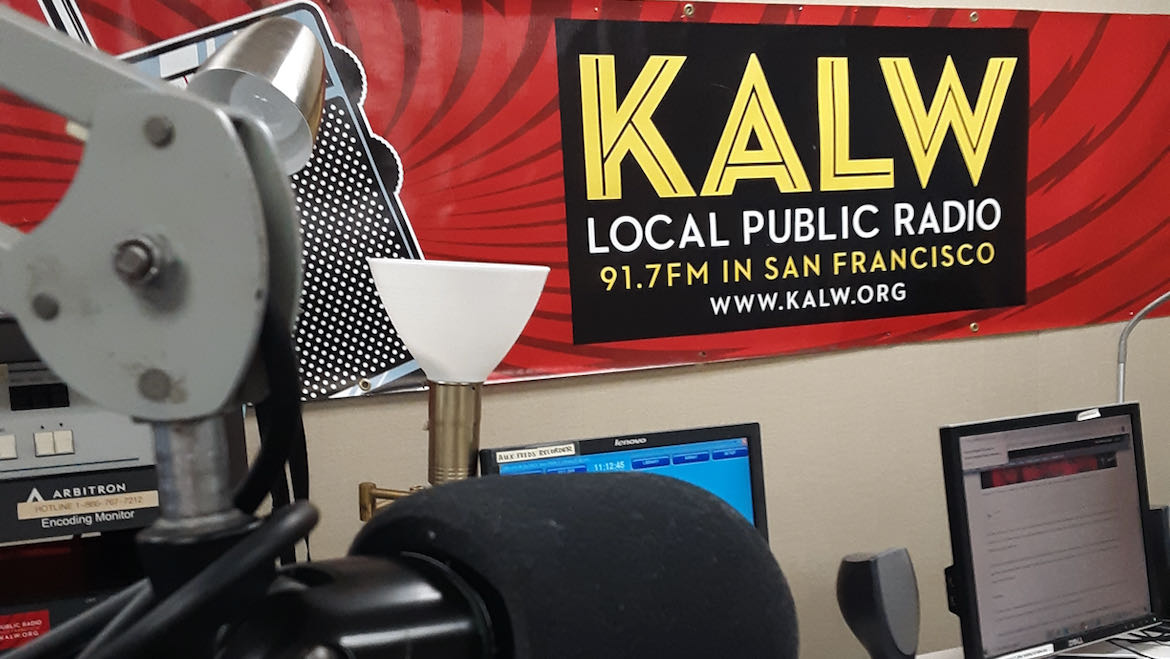 I remember the good old days many years ago. Traveling up and down my home state in northern California, I could always count on tuning in to the nearest public radio station and hearing eclectic, off-the-beaten-track, original, homegrown programming, the staple of live, local community radio.

It wasn’t always slick or polished, but it was live radio, and it had real character. It was sincere and genuine, and it connected with listeners like me in real time — a true radio companion that accompanied me on those long road trips.

But those days are long gone. One by one, those small community public radio stations in Arcata, Chico, Stockton, Santa Cruz and Fresno have disappeared. The local music and talk shows have been replaced by mostly automated, prerecorded, syndicated network programming. Their program grids all pretty much look the same. They’ve become interchangeable, cookie-cutter stations. It’s hard to survive these days if your station is small — some of those stations ran out of money and went bankrupt. Others got swallowed up by bigger media conglomerates — victims of consolidation and empire-building.

I work at a small community public station, KALW in San Francisco — the last of a dying breed that’s still hanging on. KALW is a public radio affiliate that broadcasts the staple NPR programs (Morning Edition, All Things Considered, Fresh Air) along with our own unique, eclectic mix of locally produced news, public affairs, arts, music programs and talk shows. Our staff and volunteers have been responsive to and very connected with the local Bay Area community. It’s one of the few radio stations in the country that’s still owned by a local public school district.

In my opinion, it’s our local programming that sets us apart from the rest of the pack and has attracted a small but loyal core of listeners who have supported us. We have survived, thanks to their financial contributions. During a recent eight-year run, we’ve experienced modest growth in audience and staffing, and succeeded in meeting our annual fundraising goals.

Over previous years, we’ve fended off attempts to change our eclectic format and turn us into one of those automated, homogenized, cookie-cutter NPR stations. I remember having an argument with a well-known public radio consultant back in the ’90s who insisted that KALW could replace all of its local music programs on the weekends with endless reruns of All Things Considered and it would make no difference to our listening audience. Of course, he was absolutely wrong. Our Saturday music programs continue to grow in popularity with our audience to this day, and not a single listener complained when we eventually canceled weekend ATC. But that consultant’s thinking reflects the conventional public radio mindset — that syndicated, prerecorded network programs are superior to live, original, community-based programming.

Twenty years ago, some public radio consultants from Washington came to the Bay Area and proposed to have KALW consolidated into one of three big media conglomerates operating in California through a local management agreement. But the San Francisco school board rejected the offer. KALW was allowed to remain independent and was able to thrive for many years thereafter, despite the consultants’ characterization of KALW as a “failed” station.

It is true that compared to KQED, our big competitor in the Bay Area, KALW is much smaller in audience and budget. But success can be defined in so many ways and is not limited just to ratings and weekly cumes.

And now as it approaches its 80th anniversary, KALW finds itself at another crossroads. Can it continue to be successful as a scrappy, independent community public radio station? Or will KALW follow in the footsteps of those other small public radio stations and become another homogenized, robotic, automated station, relying mostly on syndicated network programs and outside consultants with minimal live, local, original content and few human beings on-site?

Given the easy availability of syndicated programs online, I believe going down the automation path is a failed strategy. Without live original content and the ability to connect with its audience, KALW has no raison d’être and may eventually lose its listenership and financial base of support.

The exponential growth of internet radio, podcasting and the myriad on-demand choices available to listeners present a big challenge for terrestrial radio and its future survival.

Another one of those public radio consultants opined a few years ago that “KALW’s insignificance is due to the fact that the people there now like it this way.” Nothing could be further from the truth. In order to survive, we understand the need to keep evolving and growing.

The key to success is to build on what has proven successful: harnessing the talents of senior staff members who have deep connections with the local community and collaborating with them. There are years of collective wisdom and a deep well of experience that could be tapped.

Place the focus on increasing live, original, local programming that can’t be replicated online. Recruit younger talent from the community to help out and carry on the spirit of community-based public radio. That remains the heart and soul of staying connected with local communities and truly serving the public interest.

JoAnn Mar has been part of KALW’s announcing staff for over 30 years and grew up on community radio. She has won accolades for her work as a public radio host and producer, including the 2006 George Polk award for investigative reporting into the private prison industry. Mar is the host of the long-running KALW program Folk Music & Beyond and is being inducted in the Folk Alliance DJ Hall of Fame for this year. Contact her at kalwfolk@sonic.net for comments or feedback.