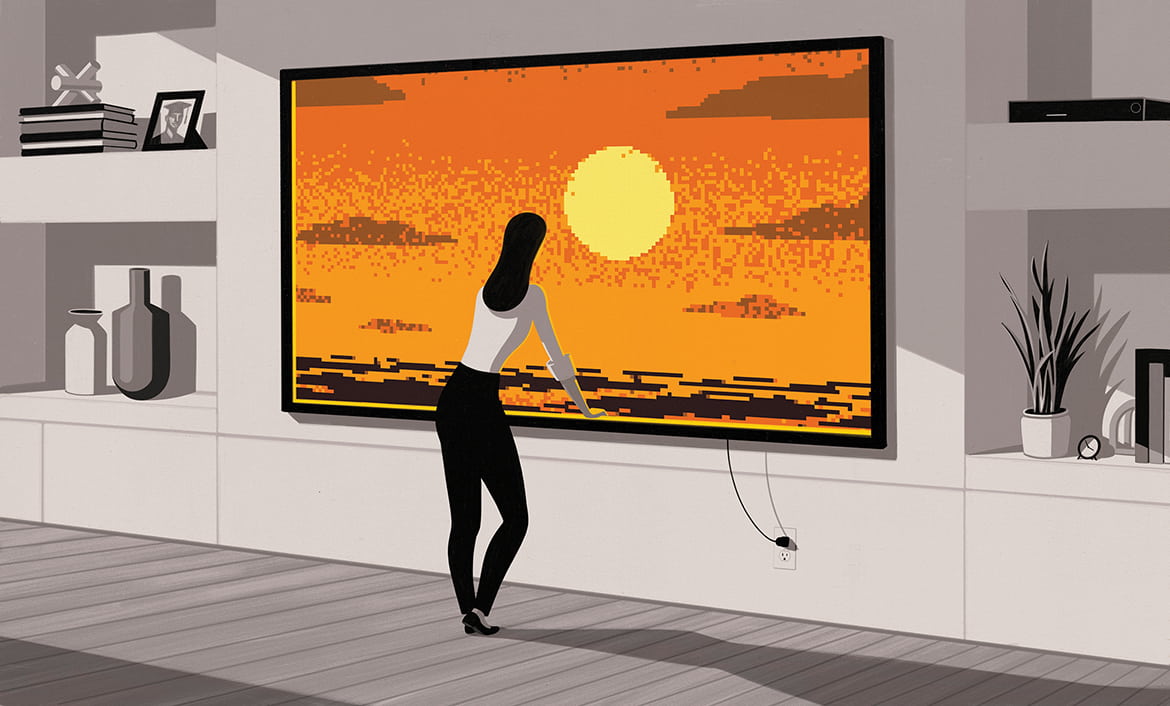 With rollout slowed in 2020 by the COVID-19 pandemic, “ATSC 3,” its shorthand name among engineers, is poised to move closer to real-world implementation in 2021. While proponents remain bullish about the technology’s prospects, they see plenty of challenges in the year ahead for public broadcasters. These include managing the costs of the conversion, securing simulcasting partnerships with other stations, calibrating investments and planning for the limited availability of receivers for consumers.

As of January 2021, only a handful of pioneering public broadcasters are airing Next Gen TV signals.

WKAR in East Lansing, Mich., became the first public TV station to transmit in ATSC 3.0 in early 2020, thanks to an experimental FCC license that allowed it to broadcast two separate signals.

Once the pandemic hit, WKAR had to scale back its plans to use the experimental signal as part of its NextGen Media Innovation Lab, said GM Susi Elkins. “NextGen TV” is the consumer-facing brand name for the new technology.

“We had lots of visitors coming in, doing demos of service applications, especially in education and emergency alerting,” she said. “And we’d been working on ideas for fundraising in the NextGen environment.”

WKAR’s engineering team has been in the lab working remotely with partners, Elkins said, albeit on a slower pace than they had hoped. While continuing to run ATSC 3 experiments, WKAR has narrowed its focus to education. The tests coincide with this month’s launch of the statewide Michigan Learning Channel as a linear ATSC 1.0 service. For now, the channel provides on-demand access to some content through its website. WKAR hopes to eventually add interactive functionality to the broadcasts over ATSC 3 signals.

In Phoenix, “we invited ourselves into the Pearl test,” said Karl Voss, Arizona PBS chief engineer, of his station’s entry into one of the largest ATSC 3 test beds.

Voss had been planning to use a spare transmitter and antenna to build his own experimental facility. He wanted to test whether the new standard would work better on VHF frequencies than the disappointing coverage Arizona PBS has experienced with ATSC 1.0 digital. Once the large commercial broadcasters in the Pearl consortium began their operations in Phoenix, “they sucked the wind out of all of our plans to do this ATSC testing ourselves,” Voss said.

“We’re still in kind of a science experiment mode right now,” Voss said of Arizona PBS’  participation. The ATSC 3 transmitter in Phoenix receives the station’s PBS Kids subchannel off the air and retransmits it. So far, Voss said, the only viewers are operations staff in the station’s master control facility. Voss obtained an early ATSC 3 TV designed for the Korean market and reprogrammed it with software for the U.S. Operators use it to monitor the test channel.

“As [Pearl engineers] play with the encoder, suddenly we’ll find ourselves ‘off the air’ because they were playing with some new setting,” he said. “As more ATSC 3 TVs become available, we’ll have to become serious about taking it from a science experiment back to a broadcast entity.”

As early as 2018, PBS North Carolina partnered with WRAL to conduct over-the-air ATSC 3 tests of a digital paging application developed for statewide public safety messaging. Right now, Engel said, North Carolina’s public safety officials use analog technology that dates to the 1950s to send voice paging to volunteer fire agencies. Armed with partnerships and grant money, including pilot funding from the National Association of Broadcasters, PBS North Carolina opened its Public Safety Research Center at its headquarters last year. Its engineers were conducting closed-circuit tests of encoders, decoders and other ATSC 3 technology even before the state network had access to an over-the-air transmitter.

By midyear, Engel hopes to convert one of his network’s full-power signals, WUNK-TV in Greenville, to ATSC 3. The station would then become an over-the-air test bed for any ATSC 3 technologies engineers want to try out.

Without changes in FCC rules, other public broadcasters will face some difficult choices as they plot their own conversions.

Right now, the commission requires broadcasters to ensure that 95% of their ATSC 1 coverage area will retain over-the-air service for at least five years after they launch ATSC 3 broadcasting. In most markets, broadcasters will make that happen by entering channel-sharing agreements like those already in place in Portland and Phoenix. One broadcaster operates its transmitter as an ATSC 1 “lighthouse,” carrying both its own signal and simulcasts from its partners, while another broadcaster that has converted to ATSC 3 carries its own and its partners’ signals in the new format.

Agreements designed to work well in compact, centralized markets like Portland fall apart, however, in places like Lumberton or Linville, N.C. — locations of other PBS North Carolina transmitters.

“In many cases, there’s nobody within miles of us,” Engel said of remote transmitter sites where no commercial stations are available as partners. “If we have to adhere to the FCC’s 95% coverage rule, in some of these areas [conversion] is just not going to happen.”

Cost is another potential obstacle for many broadcasters’ ATSC 3 conversions. While some ATSC 1 transmitters can be easily converted, others will have to be replaced.

At PBS North Carolina, all but one of the network’s full-power transmitters were replaced during the FCC’s repack of broadcast spectrum, and the upgrades were financed by auctioning some UHF frequencies to wireless providers. For stations that weren’t so fortunate to earn auction proceeds, the costs of a full rebuild of transmitter and antenna “could be a seven-figure number,” Engel said.

For those stations weighing whether the costs of the ATSC 3 conversion are worth it, capabilities such as 4K ultra-high-definition video or enhanced surround sound won’t tip the scales. Instead, it’s the potential for a fatter, more robust data pipe to homes, schools and businesses, said Ron Hetrick, CEO of WITF in Harrisburg, Pa.

In partnership with other pubcasters, Hetrick and WITF have begun piloting a program to use their datacasting capabilities to deliver educational media to schools and homes, bridging the digital divide that widened when the pandemic forced schools to launch at-home learning programs. In addition to Pennsylvania PBS’ seven member stations, participants include state networks in Kentucky, South Carolina and South Dakota, and an alliance of Indiana stations.

“All of us have realized that there’s this moment in time where we have this captive audience with our education departments, and we have this engagement directly with students and teachers,” Hetrick said. “If there’s a time to actually start testing what ATSC 3 can look like, there’s no better time than now.”

WITF has contracted with Public Media Group to develop software and build a cloud platform to power the education service, according to Erik Langner, PMG president.

While initial rollout will happen over existing ATSC 1 datacasting bandwidth, Hetrick is eager to begin moving the project into the ATSC 3 world. The alliance plans to distribute more than 30,000 “gateway” units to schools and homes. Those boxes can receive signals transmitted in ATSC 1 and ATSC 3, creating links between home and school Wi-Fi networks.

That hardware is largely being funded by grant money, as is the software to power the educational data platform. The costs of turning on an ATSC 3 signal in the Harrisburg market, however, will be borne by WITF. Hetrick said he hopes to begin transmitting in ATSC 3 later this year, likely through a channel-sharing deal with another station in his market.

“We have this opportunity to test learning,” Hetrick said, “but there’s so many other really cool things that can come into play. Journalism applications, really connecting and thinking about audience development and member engagement, through the ATSC 3 back channel. … We think there’s just some really neat applications for us and for the entire system.”

Technologists at national organizations expressed optimism about prospects for ATSC 3 advancement during this year, especially after the difficulties of 2020.

“The technical challenge of this last year has been much more focused on just making sure everything works 24/7 every day, making sure that the needs of the audience are taken into account with content,” said Eric Wolf, PBS VP of technology strategy and management.

“I think this is going to be the pivotal year,” said Public Media Venture Group CEO Marc Hand. At last year’s Consumer Electronics Show, participants expected more ATSC 3 transmitters to light up and wider rollout of receivers to the consumer market. “Obviously, a lot of things have conspired to slow that process down,” Hand said. “I think that will change dramatically in 2021.”

Limited availability of ATSC 3 receivers for consumers has delayed everything. Cutting-edge adopters in early ATSC 3 markets can choose among a handful of units for sale online, including a networked receiver from SiliconDust and several models of TVs with built-in ATSC 3 receivers.

Go to your local warehouse store, as Arizona PBS’ Voss has been doing, and the scenario for adoption is bleak. “When I went shopping, either they’re doing a great job hiding the fact that the TVs can receive ATSC 3, or I just didn’t see any,” he said.

Wolf sees a “chicken-and-egg process” happening between the consumer electronics makers not wanting to put the product out there until there’s transmission, and the broadcasters not wanting to launch ATSC 3 signals until more consumers can receive them.

Some ATSC 3 advocates theorize that datacasting will push the medium forward even before consumers catch on.

“The conversion to 3.0 may very well be driven by the fact that the business-to-business applications of 3.0 are so powerful that that’s the thing that drives this,” said Vincent Curren, consultant to PMVG.

Whatever happens to the conversion logjam in 2021, proponents of single-frequency networks aim to begin using their technology to bring stronger signals to stationary receivers and what they hope will be a new generation of mobile devices that can receive ATSC 3.

“Our expectation is you’re going to start seeing SFN deployments in late 2021 and a significant number of large and medium markets transitioning to 3.0 in anticipation of eventual SFN networks,” said PMG’s Langner.

His company is actively engineering SFN projects in major markets including San Francisco, Los Angeles, Dallas, New York and Boston, where he said an SFN system could double the number of homes that can receive a usable signal indoors.

Some of the next steps in the ATSC 3 transition will be guided by the political transition in Washington. With new Democratic leadership in the White House and Senate, and the pending appointment of the next FCC chair, ATSC 3 proponents are eager to see if the feds invest in deployment priorities such as educational datacasting.

“I’m hopeful that a more bipartisan perspective will emerge to really help support some of those things,” Curren said. “When you look at issues like the digital divide [in broadband access], there seems to be strong bipartisan support.”

The FCC resolved many regulatory questions about educational datacasting at the end of Ajit Pai’s tenure as FCC chair. Last month, it also gave public broadcasters a largely favorable ruling governing the strength of SFN signals at the edges of markets.

Proponents also hope for resolution of the coverage replication challenges of public broadcasters such as PBS North Carolina, whose transmitter sites don’t match up neatly with commercial markets.

Whether or not stations have concrete plans to light up 3.0 signals in 2021, or even beyond, Curren says now is the time to at least begin strategizing for the next generation of digital broadcasting.

“There’s a real advantage in taking responsibility for ourselves right now,” he said. “Do what we can now to take control of our own destiny.”

There’s room for patience and caution, too, the system’s leaders say.

“This can flow at an organic rate,” says PBS’ Wolf. “The FCC hasn’t set a deadline, the receivers that are out there receive both ATSC 3.0 and ATSC 1, so it can happen as the business allows and circumstances allow.” People who live in the communities where ATSC 3 signals are available “will get the benefits,” Wolf said.

Leave a Reply to Jeff A. Schumann Cancel reply