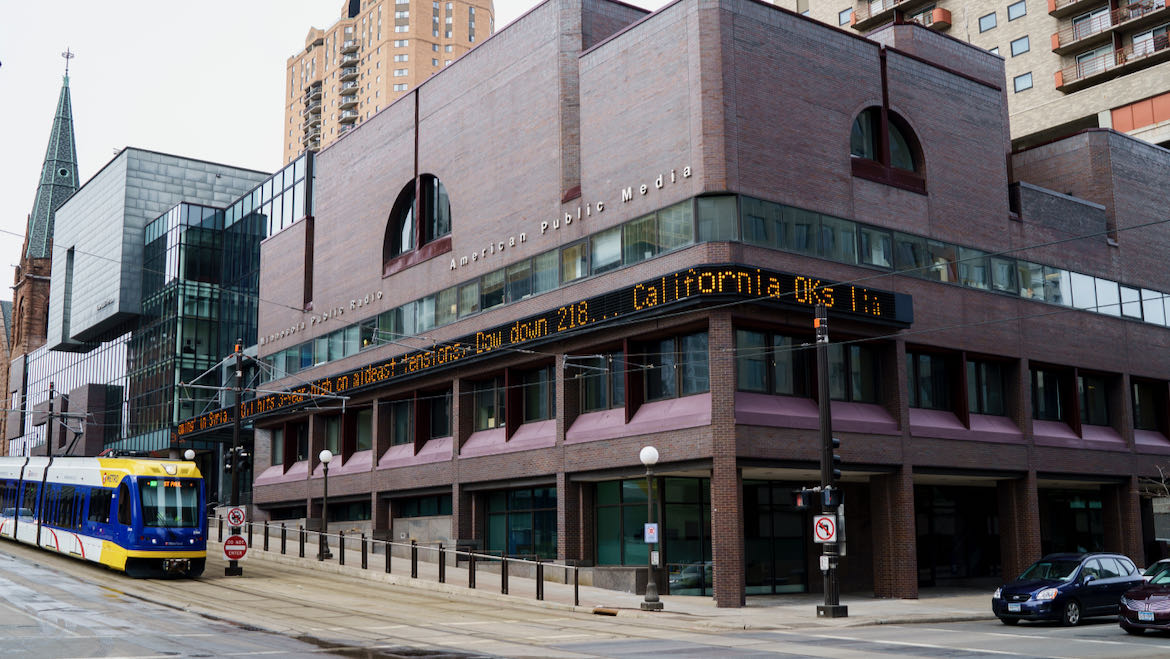 MINNEAPOLIS — Employees at Minnesota Public Radio’s The Current hope to follow their successful push for union representation by taking on what they see as long-standing tensions within the Triple A music station, including a lack of staff diversity and uncertainty about a larger role in the Twin Cities community.

Staffers backing the union announced Dec. 8 that employees had voted unanimously for representation by the Screen Actors Guild-American Federation of Television and Radio Artists. Employees had kicked off the campaign to unionize in September with a letter that cited a “persistent identity crisis in need of resolution” at the station.

Current and former employees say the crisis has surfaced in a variety of ways, abetted by the lack of a clear mission statement or social media policy at the station. They describe a disconnect at The Current between leadership and staffers, as well as the station’s stated mission and how it behaves in practice.

Discord within the station also erupted into public view in September when Marianne Combs, a veteran MPR reporter, resigned over how editors handled her reporting on allegations of sexual misconduct against a DJ at the Current. Several Current staffers, many of whom went on to join the union, took to Twitter to publicly voice their support for Combs and her work in a shared statement. The day after Combs resigned, MPR announced that it had fired Current host Eric Malmberg.

“I’ve been at The Current for many years now, and I’ve definitely witnessed the station go through many evolutions,” said a host. (All current and former station employees interviewed for this story requested anonymity, citing fear of retaliation within the organization and the industry.)

“We seem to be confused about whether we are ‘just a radio station that plays music’ or whether we’re a brand that … wants to contribute dialogue about the issues in music and the local community,” the host said. “During the member drive, we talk about how important the community is to us, but when there are really pressing issues being discussed in the community, we just sit on the sidelines.”

The host and union representatives said that the killing of George Floyd in Minneapolis, the ensuing civil unrest and the #MeToo movement that swept through the Twin Cities’ music scene this summer were moments that called for engagement. But the employees were confused about their freedom to speak or take action in their professional roles.

“We have a very vague (seemingly intentionally vague) social media policy that leaves a lot of judgment calls up to each person as they are posting,” the on-air host said in an email.

The host said that she and her colleagues have repeatedly asked for more clarity, “especially after one of our colleagues was fired following an incident that played out on social media.” Last year, Current host Brian Oake left the station after complaining on Facebook about being kicked out of a concert. “Meanwhile, many of us have gotten slaps on the wrist for various posts or opinions shared, with no consistency between each instance,” the host said.

The “murkiness” around the policy has become a bigger problem amid the social climate of 2020, the host said — “We’re frustrated that we can’t speak more directly to these really important issues.” By keeping silent, she said, The Current’s staffers are letting down artists and audience members who look to the station as a community establishment.

MPR declined this publication’s request to interview members of The Current’s management. MPR spokesperson Kelly Reller also declined to provide a copy of the social media policy that applies to The Current and throughout the divisions of parent company American Public Media Group.

Apart from employees in roles such as news and communications, APMG staffers have the right to share opinions on political issues and be involved in such matters, said spokesperson Kelly Reller. However, any perception of bias “can be harmful to the perceived integrity of the journalism done at APMG,” Reller said.

The social media guidelines also stipulate “respect for others in online spaces, avoiding perceived conflicts of interest, following the law, respecting confidentiality, and including the disclaimer that views expressed on social media are their own, not those of APMG,” Reller said.

Former employees of The Current also describe a disconnect between the station’s image and its internal culture, particularly around its commitment to serving Minnesota’s music scene.

“Every time there’s been a feature about a local musician or lists, it felt so out of touch with who the community actually loves and wants to support,” said a former member of The Current’s digital production team. “It’s clear that they’re not really that supportive of local music. It’s very much popularity and networking kind of stuff.”

Another former staffer said they view the disconnect as the result of a growing focus on becoming a national presence that overshadows the station’s hyperlocal image. Station leadership is pushing for “The Current to be this national tastemaker,” the staffer said. “It would cause a bit of strain because you had two missions that didn’t intersect.”

In a joint statement, representatives of The Current’s union also cited this internal confusion. “The tension between who we are and who we’re allowed to be, along with the fact that The Current does not have a mission statement that spells out our service’s beliefs and goals, have caused confusion, pain, and instability, both within and beyond MPR,” union workers said in a joint statement.

Reller said that The Current and all segments of MPR and corporate sibling American Public Media share the same mission, which is also on MPR’s website: “To enrich the mind and nourish the spirit, thereby enhancing the lives and expanding the perspectives of our audiences and assisting them in strengthening their communities.”

Jon Bream, a music critic at the Minneapolis-based Star Tribune since 1975, said he also sees a contrast between the station’s mission and its actual image. “To be frank, even though they’re a public station, I find … their behavior to be a lot like a commercial radio station,” Bream said, adding that The Current is “very competitive and very much aware of what their competition is doing.”

In addition to clarifying the station’s mission, members of the newly formed union at The Current say they plan to take on issues of diversity.

“Black American music, and the music of other artists of color, is at the core of the rock, R&B, and hip-hop music we celebrate on The Current,” union members said in their joint statement, “but management at MPR and The Current have persistently failed to take effective action on the problematic reality that our staff is overwhelmingly white, a fact that limits our ability to authentically present and represent this art.”

“We have a huge problem with whiteness at The Current,” said the current on-air host. “… We are an overwhelmingly white staff, and we’ve actually become whiter as time had gone by.”

MPR declined to provide data on the racial makeup of The Current’s staff. In an Aug. 15 post on MPR’s website, APMG CEO Jon McTaggart said that 24.6% of the organization’s 675 full- and part-time employees identify as BIPOC. Among executives and senior-level managers, 23.1% are BIPOC.

According to 2019 U.S. Census data, 75% of the Minneapolis–St. Paul metro area’s population area is white. The Current also broadcasts on 12 other FM signals throughout Minnesota.

APMG “has made investments in more targeted recruiting, retention and development of women and job candidates from historically underrepresented populations,” Reller said.

As The Current’s union sets out to address DEI issues and other items on its agenda, members say they’re already seeing benefits of unionizing.

“We’ve had many long, long four-hour Zoom meetings with each other and gone around for the first time and said the different experiences we’ve had working for this company, and they’re not positive,” the on-air host said. “I think it was very eye-opening for a lot of the men to hear about these experiences,” particularly those surrounding gender-based pay disparities, the host said.

“In staff meetings with managers, more people are speaking up and already changing out workplace,” she said. “It feels so powerful.”

This article has been updated to include demographic information about the broader Minneapolis–St. Paul metro area and to note that The Current broadcasts on signals beyond that area.

Correction: Due to an editing error, an earlier version of this article incorrectly referred to Jon McTaggart as former CEO of APMG. McTaggart announced in September that he is planning to step down, but a departure date has not been set.

4 thoughts on “After union win, staffers at MPR’s The Current seek to address ‘identity crisis’”