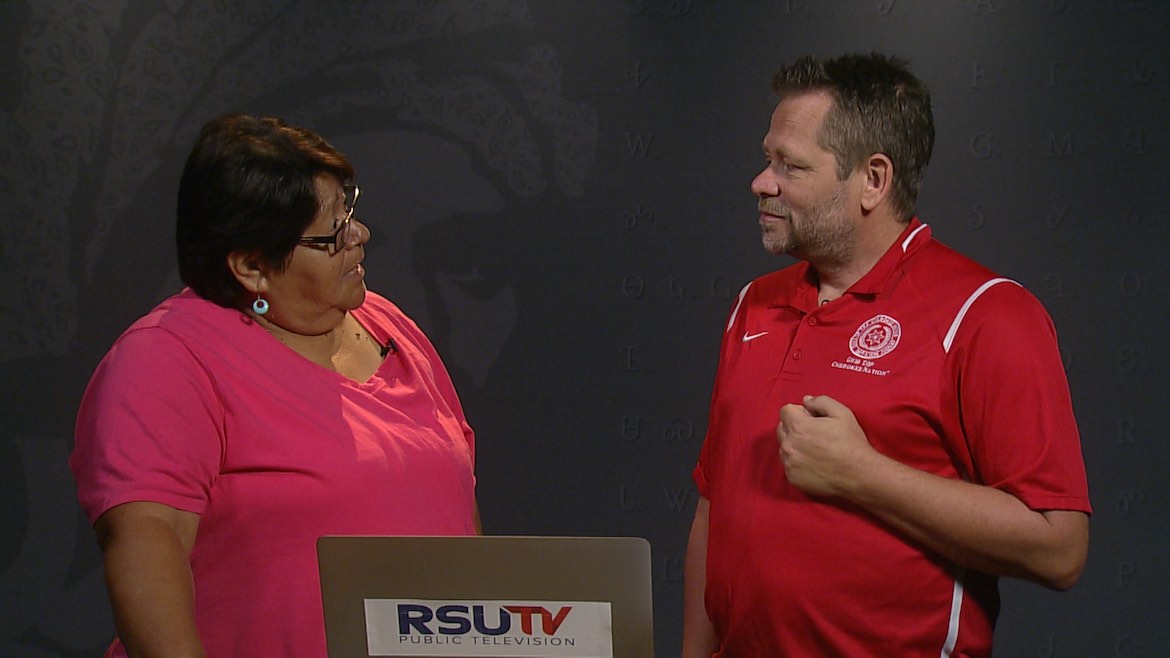 An Oklahoma public TV station is collaborating with the Cherokee Nation to produce the first-ever televised course for learning the Cherokee language.

But the telecourse is what Janees Taylor, a tribal councilor for the reservation, calls the first “all-out collaboration” between the station and the Cherokee Nation. It stemmed from a lunch conversation among Taylor, fellow councilmember Keith Austin and RSU Public TV GM Royal Aills about how they could further their collaboration. They landed on the issue of language.

“RSU is attached to a university that has the capacity to teach, and we have something that is in desperate need of being taught,” Austin said. “So it allowed Councilor Taylor and I to realize our obligation to preserve and promote the language of the Cherokee people.”

Austin and Taylor emphasize the urgency of keeping the Cherokee language alive.

“The Cherokee language is nearing extinction,” said Taylor. “In 10 to 20 years, if we don’t do anything, our language will go away.”

RSU Public TV has a history of offering televised lessons. In the ’80s and ’90s, the university used the station primarily to broadcast telecourses. RSU Public TV now offers two other telecourses, one on cinema and the other on Native American history.

Aills said that as he considered how to create a show about the Cherokee language, “I thought, ‘It’s gotta be a telecourse. Let’s figure this thing out!’”

No other public TV stations are offering telecourses in the Cherokee language, Aills said. But he sees an opportunity for broadcasters.

“This is something a lot of public TV stations can get on the forefront of and start building that relationship with that local tribal nation,” Aills said. “We’re supposed to be advocates in our community for those who are underserved. Tribal governments are underserved, so why not get involved with the language?”

Three episodes of the course will be released each week. Wade Blevins, a tribal language teacher, delivers the lessons. Though the class is offered through RSU’s website, the show’s creators say televising the course is crucial, as many rural communities within the Cherokee Nation reservation lack high-speed internet connections.

College students can get credit for taking the class, which Taylor said was key to making the course appealing to them. Most universities don’t offer credit for learning the Cherokee language, she said.

“By not offering the language for credit anywhere, it was a devaluation of our language,” said Taylor. “So this is a whole new day … where one university is validating our language.”

RSU Public TV is already receiving positive attention for the course, Aills said. Local news outlets have covered it, and its first episode got over 2,000 views on YouTube in the first week.

“I’m getting calls all the way from California from people who want access to it, so that’s why we have it on our website,” Aills said.

“The history of the Cherokee people is ensconced within this language,” Austin said. “That’s why we cannot let this language fade into oblivion.”