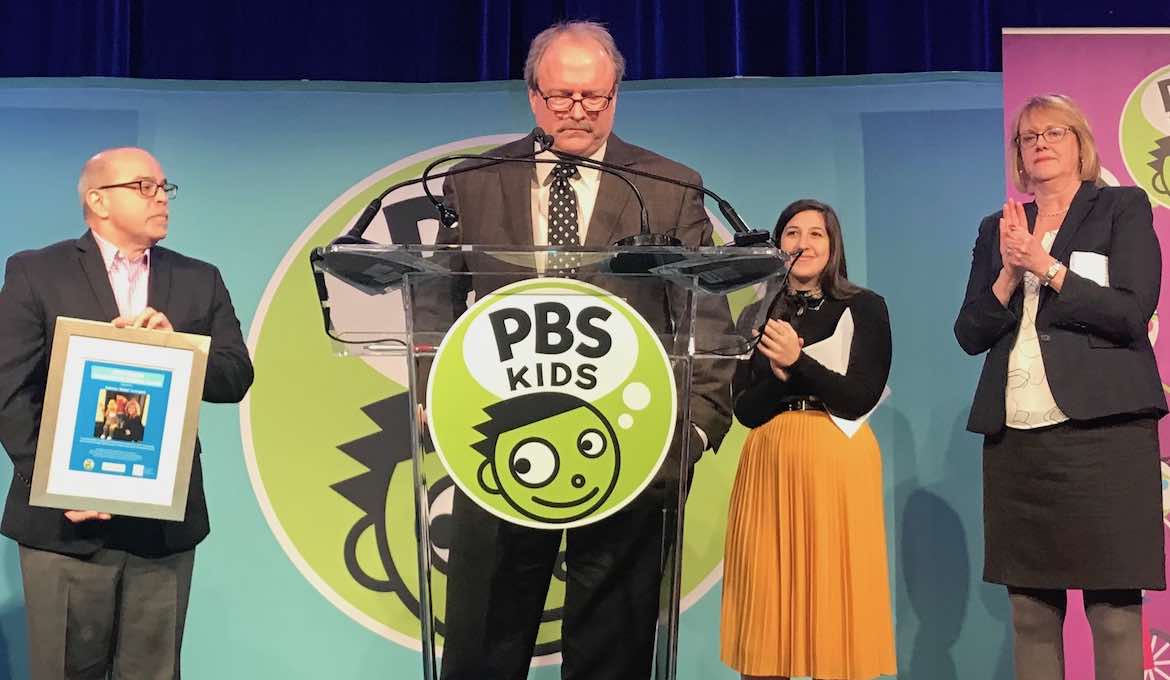 Representatives from the three organizations recognized their former colleague as the inaugural recipient of the Bobbi English Champion for Children Award Tuesday at the National Educational Telecommunications Association annual conference.

Her husband Michael English, Maryland Public Television’s managing director of content, accepted the award on her behalf. NETA attendees gave him a standing ovation before he spoke.

“Bobbi and I are a public TV family,” he said. “She always spoke with fondness and admiration about public television people and those of you in education.”

He added, “If she were standing here now — and I really do wish she was — Bobbi would say with her smile how lucky she is to know all of you and have had the chance to work with you and be inspired by your dedication and your passion,” English said.

Beginning next year, the three organizations will present the award annually at the NETA conference. They will recognize an individual station leader who has worked to improve early childhood education, the cause that English advanced throughout her career.

Additionally, Sesame Workshop will award a $15,000 grant to the recipient’s local station to further its work in early childhood education.