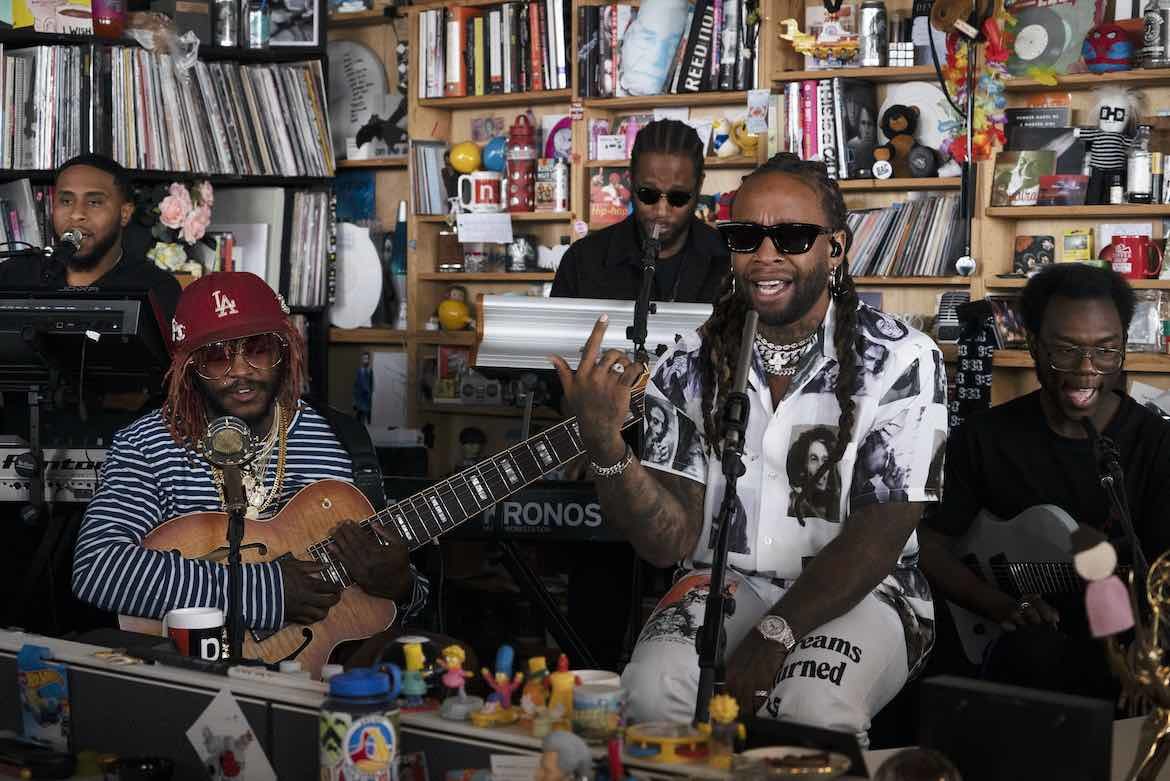 NPR announced the festival Oct. 1, inviting fans to visit its studios and see a concert in person. The $50 tickets will grant entry to a live performance Oct. 28–31 followed by a conversation between the artist and an NPR journalist.

There’s a catch, though: The performers will be a surprise.

But NPR has offered some clues on the festival’s website. The first night will feature a hip-hop artist, the second pop-rock, the third indie pop and the final night, R&B. The website also gives additional hints with descriptors: The R&B performer is “graceful” and “emotive,” while the pop-rock musician is a “genre-spanning” “humanitarian.” Otis Hart, senior strategy manager for NPR Music, tweeted some advice.

More than 900 performers have given Tiny Desk concerts since NPR launched them in 2008, according to Onkey. Staged behind the notoriously cluttered Tiny Desk, the 15-minute performances feature artists across all genres, hosted by Bob Boilen of All Songs Considered.

Recent performers have included Lizzo, Taylor Swift, Charly Bliss, Ari Lennox, Mandolin Orange and the cast of Come From Away.

Until now, the only people who have been able to attend the performances in person are NPR employees and their guests. Videos show them clustered in the standing-room-only office around the desk, cheering and dancing.

The concerts have also earned a dedicated and enthusiastic online following, Onkey said.

“The audience that has gathered around Tiny Desk is so passionate. What does it mean to bring the general public to see the Tiny Desk?” she asked. “Tiny Desk is a chance for us to curate the music we love and share it with our audiences.”

Onkey credits NPR member stations and NPR Music employees with helping to build the Tiny Desk’s wide portfolio of artists. Employees excited about new artists recommend artists, and the annual Tiny Desk Contest invites musicians across the nation to compete for a chance to perform at the Tiny Desk. The contest has drawn 6,000 entries each year.

NPR made 130 tickets available for each show, and all were bought within four minutes of going on sale. Some fans took to social media to express disappointment that the tickets were gone so quickly.

Fans who missed out will be able to watch livestreams of the performances, marking the first time NPR has made them available in real time. “We are really jazzed about that,” Onkey said. As with other Tiny Desk shows, the concerts will be edited and posted later as well.

Onkey is coy about whether NPR will have other Tiny Desk Fests if the first one is a success.

“It’s somewhat of an experiment,” she said. “But there’s been a lot of excitement.”