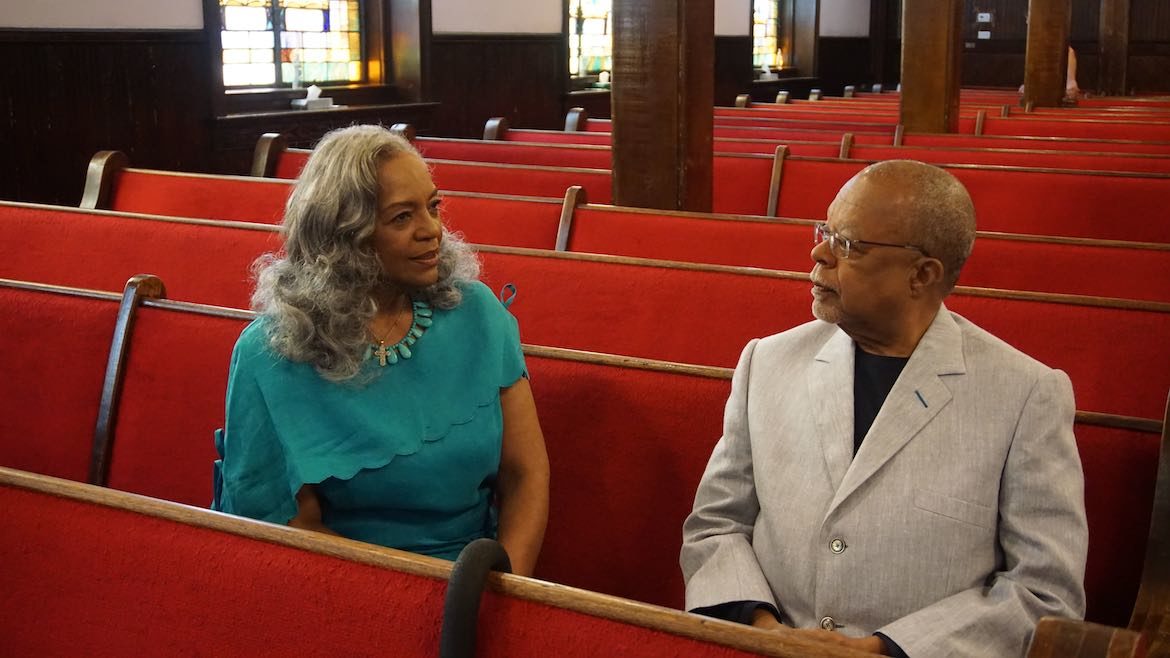 In a 2006 episode featuring Chris Rock, Gates presented the life story of Julius Caesar Tingman, the comedian’s great-great-grandfather. Tingman escaped slavery, served as a corporal in U.S. Colored Troops of the Union Army and was elected to the South Carolina legislature by age 27.

Rock, who had never heard of Tingman, teared up on national television.

When Chris Rock cried at the revelation, Gates said, “I thought, ‘Wow, this is a history that needs to be told.’” 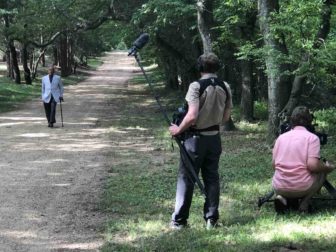 Gates walks towards his film crew on a field shoot in Virginia.

Gates was referring to the history of Reconstruction, the decade following the Civil War when enfranchisement of black men across the South swept state legislatures towards the promise of interracial democracy.

Gates’s forthcoming series, Reconstruction: America After the Civil War, also looks beyond those 10 years to the darker era called Redemption, when southern states of the Confederacy obliterated that promise by reversing the political and social changes that came with the black vote.

Gates’ four-part series ends in 1915 with the release of D.W. Griffith’s silent film The Birth of a Nation, a paean to the new era of Southern white rule.

The arc of the series, slated to air next April in two installments, mirrors race relations in the U.S. today, Gates told Current. “I have been, and still am, in shock at how much white supremacy has emerged” since the presidential inauguration of Barack Obama in 2009.

Gates’ Inkwell Films is coproducing the four-hour series with longtime partners McGee Media and WETA in Washington, D.C. The peripatetic Harvard professor, author and filmmaker is executive producer, writer and host of Reconstruction, currently in post-production.

Gates has chronicled varied aspects of the black experience for PBS in multiple series, including the documentaries Africa’s Great Civilizations (2017); Black America Since MLK: And Still I Rise (2016); The African Americans: Many Rivers to Cross (2013); and Black in Latin America (2011). The fifth season of Finding Your Roots, where he presents research on the genealogy and ancestry of celebrities, starts in January.

He hopes Reconstruction will illuminate a historical period he considers overlooked and misunderstood.

“It is a really hard story to tell,” he said. “It doesn’t line up with American notions of progress.”

‘It is a revolution’

Gates and Julia Marchesi, senior producer and director of the documentary, described the narrative arc of Reconstruction by sharing two key facts that frame its opening chapter and the scope of social changes it documents.

At the end of Civil War, in 1865, 90 percent of black men in the South were slaves. Two years later, 80 percent of them had voted, Gates said.

“No one could have imagined that these men — who were two years out of slavery and couldn’t read or write — would vote,” he said. “But they did.”

The first half of the documentary showcases the start and the success of Reconstruction, Marchesi said, as the high turnout of African-American voters upended state politics. The growing political clout and social mobility of African-Americans was backed by a U.S. military presence that protected their rights and kept the Ku Klux Klan in check.

The first episode, Marchesi said, looks specifically at the end of the Civil War and emancipation, “At what it means to be a free person, and the status of the former slaves.” 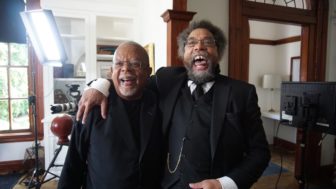 Gates and Cornel West enjoy a break during a film shoot in Martha’s Vineyard, Mass.

In the second installment, “Black men are elected to office, are building communities and schools,” she said. “It is a revolution and things are changing and the government is behind them. It was a great feeling — that everything would be OK and it would be a multiracial democracy. That is the part that has been buried.”

At the conclusion of this episode, the backlash hits, she said. It’s 1877 and Reconstruction ends as a result of economic and political pressures, including a recession and a political compromise that resolved the contested results of the U.S. presidential election of 1876.

“It was a contested election, like Bush vs. Gore,” Marchesi said. “The Democrats offered a deal to the Republicans, ‘We will give you presidency but stay out of the South.’”

Republican Rutherford B. Hayes was inaugurated as president, and the federal government pulled its last troops from the South in 1877.

The second half of the series examines how African-Americans were then terrorized by the resurgent Klan and disenfranchised by Jim Crow laws. It also reveals the systematic use of propaganda to justify the rollback.

Episode 3 focuses on voter suppression. “The rationale behind Jim Crow laws was explicit — ‘We do not want black people to vote,’” said Marchesi.

Slavery was still legal for convicts, Gates noted, so black men were arrested on trivial charges such as loitering and forced onto chain gangs to farm cotton, which was still the pillar of the Southern economy. He called it “neo-slavery.”

The final hour examines what Gates calls the “devastating avalanche of anti-black propaganda in the fields of racial science, literature, … folk tales and advertising.” Blacks were depicted as unfit for government or civil society and Reconstruction as a “chaotic corrupt and a misguided failure that had to be overthrown,” he said.

Many Confederate monuments were built around this time.

“The South lost Civil War, but won the war of propaganda,” he said.

Gates interviews historians, writers, activists and politicians, including Mitch Landrieu, the former Mayor of New Orleans, who removed the city’s Confederate monuments in 2017; and Bryan Stevenson, director of the new National Memorial for Peace and Justice in Montgomery, Ala. — also known as the “lynching memorial.”

The documentary takes viewers to historic sites across the South, including two locations in South Carolina, according to Marchesi. The crew filmed the Reconstruction Era National Monument in Beaufort County and the century-old Mother Emanuel African Methodist Episcopal Church in Charleston, where a white supremacist murdered nine African-Americans at a prayer service in 2015.

With the sweeping scope of the documentary, Gates said he “wanted to bring viewers to the nadir of race relations, so they would understand why we needed a Civil Rights movement 100 years after the Civil War.”

“It’s a big gap from the end of the Civil War to Rosa Parks on a bench,” Gates said. “It’s a big blank for people. And we filled that in.”