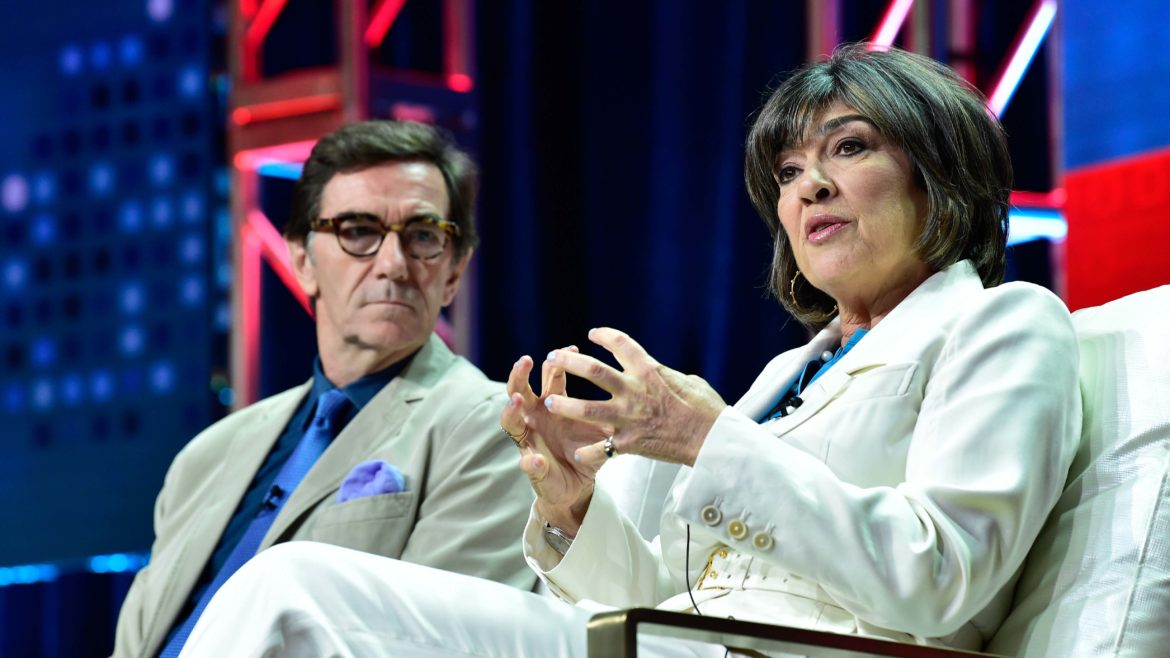 Stephen Segaller and Christiane Amanpour speak at the Television Critics Association Press Tour in Los Angeles July 30 to promote the relaunch of Amanpour's talk show on PBS and CNN International.

For nearly a decade, Christiane Amanpour’s half-hour daily show on CNN International was a magnet for bland politicians, analysts and experts from around the world.

Now expanded to an hour and supplemented with a team of correspondents, it has shed many of those dowdy feathers and broken out of self-imposed boundaries.

The reworking of the CNN International show began in December, when PBS picked it up as a replacement for its late-night staple Charlie Rose. In its expanded format, Amanpour & Company usually features two interviews by London-based Amanpour, an award-winning television journalist and former war correspondent. 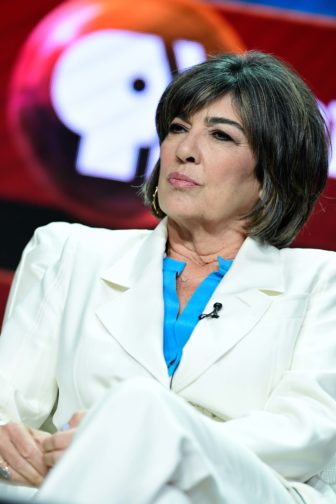 Amanpour started the Sept. 10 premiere with an interview with Kellyanne Conway, advisor and spokesperson for President Trump, challenging her forcefully on Trump’s assertion that the media are the “enemy of the people.”

Tuesday’s show opened with Amanpour talking to tennis great Billie Jean King, proof that Amanpour & Company could react swiftly to controversy. In this case it was the stunning conclusion of the women’s championship match in the U.S. Open tennis tournament two days earlier, which Serena Williams lost to Naomi Osaka of Japan.

The first episodes of the reconfigured talk show were produced in New York, but Amanpour plans to return to London.

The broadcast is a byproduct of PBS’ abrupt cancellation of Charlie Rose in November following revelations of the host’s sexual harassment of young female employees.

Charlie Rose had been a late-night flagship of PBS since the early 1990s. When it was dumped from the lineup, PBS programmers scheduled repeats of Antiques Roadshow in its place. With a gaping hole in PBS’ public affairs slate, executives at WNET in New York City moved to find an alternative.

“We felt there was an obligation to our audience to quickly produce some relevant, topical, timely programming,” said Stephen Segaller, WNET VP of national production.

During his nearly 20 years at WNET, Segaller had discussed potential late-night shows with outside producers. On occasion he would pursue Amanpour as a correspondent or narrator for documentaries or other public affairs programs. Those stars had not aligned until that moment, he said.

“I’ve fully embraced the fact that I now have this American platform, and I try to make it as friendly to an American audience as it would be to a global audience.” — Christiane Amanpour

Amanpour, 60, became a familiar television correspondent to Americans when she reported for CNN during the Gulf War. She has ocasionally reported for CBS’ 60 Minutes. Over her career, she has won a Peabody Award, two George Polk Awards and 11 Emmys.

Her half-hour CNN International show, Amanpour, debuted in 2009 and contained a sprinkling of news. Each episode primarily featured a single interview based on current events.

When PBS hastily picked up the program in December, the content of the PBS and CNN versions was essentially the same. It was retitled Amanpour on PBS and stripped of CNN news crawls and commercial breaks. But Amanpour and her producers started booking guests with American viewers in mind.

“I’ve done an internal tweak since I’ve been on PBS,” Amanpour said during an appearance at the Television Critics Association Summer 2018 Press Tour in July. “I’ve fully embraced the fact that I now have this American platform, and I try to make it as friendly to an American audience as it would be to a global audience.”

Amanpour told the critics she also expanded the range of interviewees, particularly from the worlds of entertainment and pop culture. As examples, she pointed to interviews with Ian McKellen, who talked about starring in a new production of King Lear, and Glenn Close and Jonathan Pryce, who promoted their new movie The Wife. Jennifer Lawrence dropped by, as did Sting.

“Maybe I wouldn’t have done those necessarily [just for] CNN. It wouldn’t have crossed my mind,” she said. “But I love it. It’s great. It really expands my mind.”

International viewers don’t mind the change in emphasis, she said. “There are some really sophisticated people around the world, and they love to hear about America. They love American culture, and they certainly love the political drama in America right now,” she said. “And they even love American sports.”

“We’re each bringing a great deal to the new show,” WNET’s Segaller said.

Programmers and GMs at PBS stations expressed enthusiasm about Amanpour & Company. “We’re hoping the expanded format and additional contributors will bring a broader range of topics and voices to the late-night space,” said Ron Bachman, senior director of programming at WGBH in Boston. “There’s an appetite among our audience for more in-depth interviews of the issues of the day than can be found elsewhere.”

With Amanpour & Company, PBS regains the most important aspect of Charlie Rose — the big, important interview of the day, said Rich Homberg, CEO at Detroit Public Television. The timely conversations on Rose’s broadcast had become a signature of PBS’ late nights, drawing viewers who are serious about public affairs and selective about what they watch.

The collaboration between producers at WNET and CNN requires coordination across a half-dozen time zones. Each CNN show debuts in London at 7 p.m. local time and airs in the eastern U.S. nine hours later.

The two teams plan simultaneously on two tracks, technical and editorial, Davis said. On the technical side, Davis’ team works out promos and transfer of content, right down to audio specs.

Davis coordinates interview requests to make sure the CNN and WNET teams don’t inadvertently compete for the same guest.

Some guests are selected and interviewed well in advance. “Day of” interviews require more coordination with CNN. Amanpour is more likely to handle interviews based on the day’s events, though correspondents might tape segments that mesh with those stories. 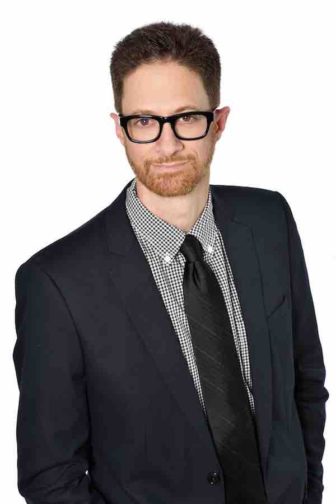 “There will also be hours when those three interviews are not related, and that’s okay, too,” Davis said. “So first we ask, ‘Who would be interesting to have on the show and why?’ And then, ‘How do we coordinate with our friends at CNN to make the best hour every night?’”

The staff at WNET can turn interviews around quickly, Davis said. But for now each edition is prerecorded, and the ability to produce live programs isn’t under consideration.

Ultimately, the show is the vision of Amanpour. “But it’s not without input from our folks in public television,” Davis said.

During its short run, Amanpour on PBS couldn’t hold on to Charlie Rose’s audience. Researchers at TRAC Media reported that year-to-year household ratings from the months of January through July declined 29 percent from 2017 to 2018. The expanded format and addition of prominent correspondents could make a difference for the coming season.

Segaller pointed out that carriage for Amanpour & Company is effectively 100 percent. “I think there’s a lot of enthusiasm at a lot of stations for the show,” he said. And, he added, “ratings are only one measure” of a program’s success on PBS.

“What we’re looking for in a show over time is that it builds an incredibly loyal audience,” he said. “I would be surprised if, over time, it would be any lower than the audience that watched Charlie.”