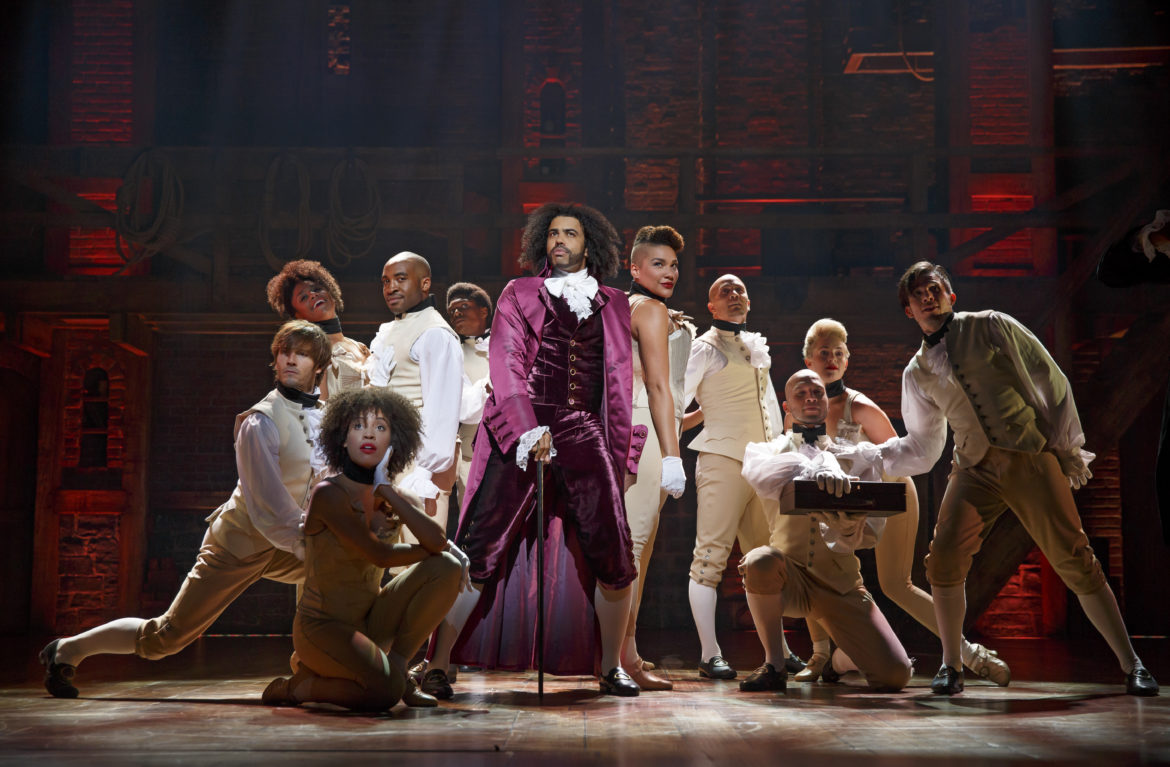 Daveed Diggs as Thomas Jefferson poses with the ensemble of “Hamilton." The "Great Performances" documentary special "Hamilton's America" was among WNET's top pledge shows during the past year.

A bold gamble by WNET to respond to the diminishing returns of on-air pledge drives paid off enough that the trial is expanding.

In what began as a one-year experiment last summer, the New York pubcaster carved out regular time slots for fundraising programs on its flagship channel, ending the campaign-style drives that go on for weeks. With pledge confined to a limited number of slots — including Thursday primetime and weekends — the station also changed how it communicated with viewers and members about fundraising.

Signaling satisfaction with the progress so far, last month the on-air fundraising team began rolling the experiment out at sister station WLIW in Long Island, N.Y.

“We’re very happy with where we are,” said WNET President Neal Shapiro.

During fiscal 2017, the first year of WNET’s experiment, pledge revenues decreased a slim 2 percent, but gains in other fundraising programs and primetime viewership helped to make up the difference. The station’s membership revenue increased 15 percent. Online donations increased 69 percent and responses to direct-mail solicitations exceeded projections, according to Lindsey Horvitz, spokesperson.

“I was cautiously optimistic going in,” Shapiro said. “A lot of people were pessimistic.” If anyone predicted a year ago that fundraising revenue would increase overall, he said, “I would not have believed it.” 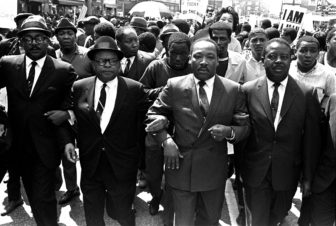 Audience ratings generally increased in a year-on-year analysis comparing ratings for traditional pledge weeks in fiscal 2016 to the same weeks of 2017 with reduced pledge hours. But, as with other public TV stations, the 2016 finale season of Downton Abbey and the pledge extravaganza that followed proved hard to beat.

During public TV’s December 2016 pledge — the first in which WNET limited on-air fundraising on weeknights  — primetime ratings jumped to .67, an increase of nearly 56 percent, from when fundraising ran across the schedule the previous year. Ratings performance during pledge weeks held close to WNET’s primetime average for the full month, eliminating the audience decline that usually accompanies wall-to-wall pledge programming, according to data provided by WNET.

For the weeks of 2017 that had been WNET’s traditional March pledge period, primetime viewing went the other direction, easing nearly 14 percent to .81. Fundraising specials featuring Downton Abbey elevated viewership to .94 during the March drive of 2016.

In June, the last pledge period in the year-to-year analysis, primetime ratings surged to .77 from .37 for the comparable period in 2016. The boost in primetime viewership during June pledge also beat WNET’s average ratings for the month.

Across the entire first year of the experiment, the analysis found that WNET’s viewership grew an average of 9 percent in primetime and 12 percent in full-day ratings in comparison to traditional pledge months of fiscal 2016.

Perhaps the biggest benefit to emerge from the shift was the disciplined communications strategy required for year-round fundraising. WNET had to rethink its messaging in appeals for contributions and apply the new approach across its fundraising platforms. Instead of traditional pitches offering premium packages, the new messages are direct and often personal.

“People give to people,” Steele noted.

Shapiro recorded a spot explaining WNET’s strategy and telling viewers that the station was restoring its primetime schedule. The gist of the pitch, he said, is “‘We can play your favorite shows, but we need help.’” The same message was used in direct-mail appeals and other fundraising vehicles, and seemed to have helped to boost revenues overall, Shapiro said.

Spots also featured executive producers of WNET’s major series, such as Fred Kaufman of Nature, Michael Kantor of American Masters and David Horn of Great Performances. In these appeals, the basic message was “‘I love working on the show, I hope you’ll support it,’” Shapiro said.

WNET’s casting call for talent appearing in spots includes anyone who can share insights from behind the scenes of the station’s programming, Steele said.  Ed Hersh, producer of the multi-platform initiative Chasing the Dream: Poverty & Opportunity in America, and Sandra Sheppard, director of children’s and educational media and EP of Cyberchase, recorded messages. Producers, hosts, editors and reporters for local productions NYC-ARTS and Metrofocus are among those who have also participated.

Producing these spots is now a year-round activity, Steele said.

Shapiro’s spot that levels with viewers about the new pledge strategy is unique, said Betsy Gerdeman, PBS senior VP for development services. In dilemmas over whether to tell viewers about a change or to “just do it” and assume they will notice, research shows that being direct and transparent “actually improves performance,” she said.

WNET “clearly learned that there is no fundraising practice that stands alone,” Gerdeman said. “An integrated fundraising strategy is what we need to be focused on.”

“My big takeaway is that this demonstrates that it’s okay for stations to take a chance,” said Rob Hilbert, VP of the Iowa Public Television Foundation and chair of the PBS Development Advisory committee. Steele presented WNET’s findings to the committee in July.

Even if a test run isn’t successful, stations benefit from the process of dismantling some practice and putting it back together in a different way, Hilbert said. With national pledge revenues in decline, experimentation is crucial.

WNET’s year-over-year pledge results appear to have significantly outperformed the PBS system average, according to data collected by the Contributor Development Partnership, which works with stations to boost membership revenue. Television pledge revenue fell an average of 5 percent for the quarter that ended in March 2017 and was down 8 percent for the 12-month period also ended in March, said Michal Heiplik, executive director. Data for the quarter that ended in June — the fiscal fourth quarter for most stations — wasn’t yet available.

WNET isn’t the first station to pull back from traditional on-air pledge campaigns. WCNY in Syracuse, N.Y., abandoned pledge drives completely a decade ago. Other stations have been carefully tweaking the model. Despite the drawbacks of fundraising drives, pledge remains the single biggest driver of station revenues, said Melanie Coulson, executive director for member station services for Greater Public, which advises stations on marketing and development strategies.

On-air fundraising has been the “mainstay of the business from the beginning, and it’s still how many stations make the bulk of their revenue,” Coulson said. “If big markets are able to take this kind of risk and it can inform small markets, that’s good for everyone.”

The experimentation and viewer education that WNET is doing with pledge “doesn’t happen enough” in public TV, said Craig Reed, executive director of TRAC Media Services, who praised the work done so far. But more data is needed to assess the results of the new strategy. “The real indicator that it’s working is that they’re continuing it,” he said.

The scheduling strategy behind WNET’s on-air fundraising focuses on the one night of primetime that PBS reserves for stations to schedule local programs — Thursdays. The lineup follows an entertainment thread that starts at 8 p.m. with a local show, NYC-Arts, leading into back-to-back performance programs such as Folk Legends: Isn’t this a Time!, Emmylou Harris-at the Ryman and Simon & Garfunkel: The Concert in Central Park.

Self-help shows, the staples of on-air pledge, typically air on weekends and overnights, Steele said. He made an exception for personal finance guru Suze Orman, who made the cut to Thursday night airings.

WLIW started its transition to the new strategy by scheduling fundraising programs in weekend timeslots, Horvitz said. Pledge shows currently air on Saturdays from 9 a.m. to 1 p.m. and on Sundays from 3 to 6 p.m.  Fundraising resumes again at 7:30 p.m. Sundays and runs overnight.

WLIW hasn’t yet determined how its fundraising schedule will differ from WNET’s, Horvitz said. The strategy is “still in its infancy.”

Hilbert from Iowa Public Television said it could take up to four years to fully to assess the results of WNET’s strategy. Whether the station can “maintain the interest in pleading at specific times a week” will be key to its continued success, as well as the station’s ability to attract and retain new members.

Shapiro views the trial as an ongoing project that WNET monitors closely. He’s prepared to tweak or even abandon it if the numbers don’t work.

One year ago, he said he and his team would either be pulling the plug on the experiment or breaking out the bubbly.

Now, with the strategy extending into the foreseeable future, he said, “Maybe it’s sparkling wine. We’re still watching our money.”