Many years ago in my rural hometown in Idaho, I was walking from a PTA event with my father. I lost track of him after the meeting and was walking through a parking lot in the crowd.

Suddenly, something whizzed by my face. It clanged against a car, and when it stopped rattling across the asphalt, I realized it was a rock. A beat later another rock landed near my feet, so I turned to see where it was coming from.

It was a red faced, buzz-cutted, blonde boy with freckles and rolled-up sleeves, with a few more rocks in each hand.

“Stupid g*d-damned n***er! Get out of here!” he screeched, and wildly lobbed a couple more at me.

I concluded that I could be complicit with the ignorance I saw out in the world, or I could try to help combat it.

I ducked and ran away from him, astounded at not only his hate — we had never met before — but also at the apathy of the many parents and teachers who were walking around us, not a single one bothering to stop the name-calling or rock-throwing.

I had been back in Lewiston, Idaho, for only a few months. I was born there but had spent several years living in Spokane and Seattle before my dad took a job back in “the Valley,” a seaport area with two large towns named for Meriwether Lewis (Lewiston) and William Clark (Clarkston, Wash., across the river).

It was a rude and disheartening welcome to a much more homogenous, and I’ll dare say, rednecked community. There were other Native Americans like me in the region, but most were on the Nez Perce reservation 11 miles away, practically a whole continent in itself as far as I was concerned. Racist clashes often occurred between whites and Native folks around town, with some stores and restaurants still displaying “NO INDIANS ALLOWED” signs up through the late ’70s. Through the years I’d find myself singled out and targeted for verbal and physical abuse, and several times my house was egged or trash was dumped in the yard. (And in those days at least, the N-word was used for both blacks and Indians.)

It was a lonely and frustrating time. The nefarious side effect of racism is the paranoia and distrust it breeds in the victim. I avoided invitations to parties, was wary of asking girls on dates and went out of my way to avoid certain groups I saw on the sidewalk because it was impossible to tell who the “nice” people were and which were hoping to harass and hurt me. Years later I’ve learned many people I avoided had no anger or hate in their hearts at all, but when you’re trying to be safe, you can’t make those assumptions. It’s heartbreaking.

But to my point: I strived to understand where this ugliness came from, the ugliness that makes an otherwise ordinary person seethe with hate and loathing when a person of color arrives on the scene. I pored over psychology textbooks and discussed the issue with sympathetic classmates and relatives. And I concluded that the spark for igniting much of the racism was ignorance. 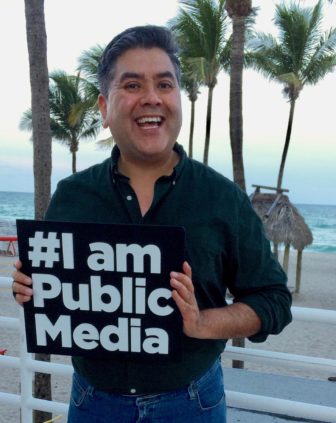 So over time, I concluded that I could be complicit with the ignorance I saw out in the world, or I could try to help combat it. I became interested in journalism’s ability to enlighten, inform and educate, and having grown up listening to a lot of public radio through the years (my dad remained one of the steadfast devotees of A Prairie Home Companion since it debuted), I found myself gravitating towards its sensible, non-sensationalistic and balanced approach to storytelling. I became involved in a tribal radio project in 1996, followed by the NPR Diversity Initiative in 1997, and have stayed with public media ever since.

Besides coverage of Native American issues for NPR and National Native News, I’ve also opened myself up to covering other diverse communities, namely the Hmong. My curiosity and desire to open bridges of understanding have also led me to look at other kinds of diversity, including economic (the working poor) and former inmates who are trying to re-establish themselves in greater society.

I don’t pretend that my reporting in itself will change minds overnight or create a universal “Kum Ba Yah” moment for the divided masses. But I do hold out hope that voices such as mine may occasionally reach an open ear and create reflection and deep introspection upon one’s outlook. And if that means perhaps one less irate boy hurls rocks at another while a sea of disengaged adults walks on by, then I’ll call that good.

One thought on “Brian Bull: As a journalist, I hope to spur reflection”