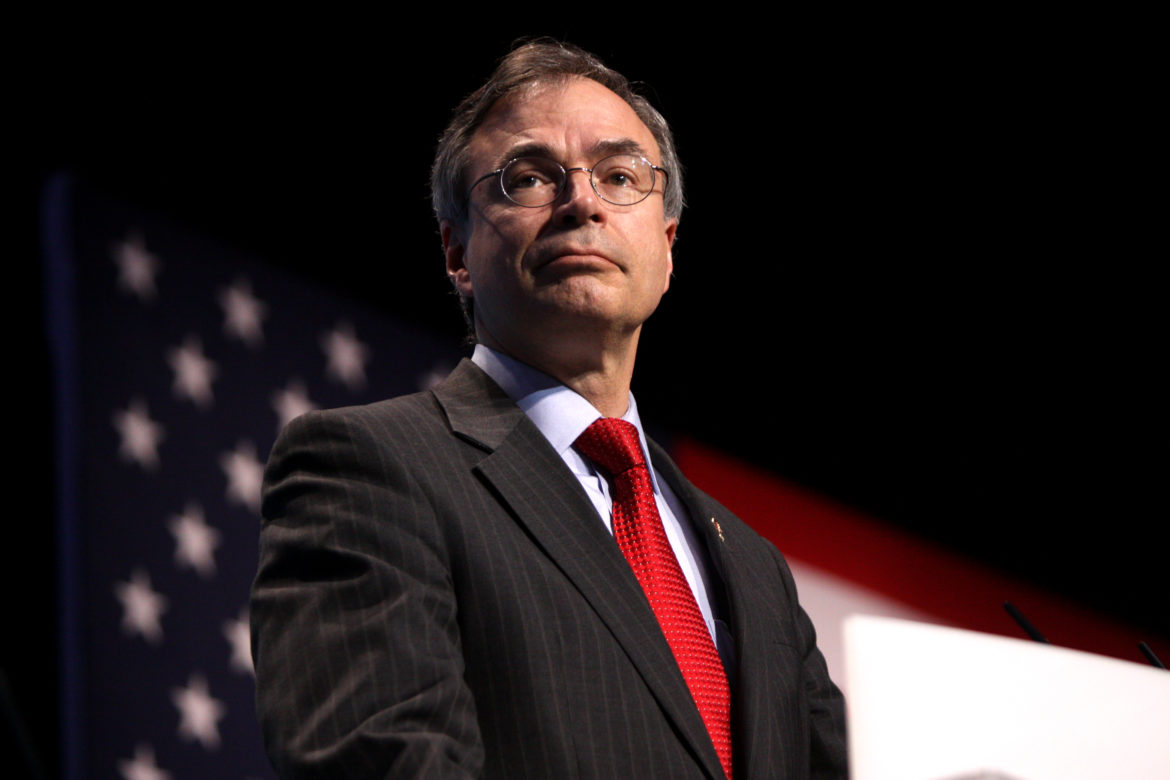 Rep. Andy Harris (R-Md.), who railed against public media content during a House subcommittee meeting in March, tells Current that he wants Congress to defund NPR and the Independent Television Service.

During CPB President Pat Harrison’s testimony on public media’s federal funding request, Harris accused CPB of pushing an “agenda” with ITVS films such as The New Black, a documentary about the African-American community’s debate over gay marriage. Admitting he had not seen the films, Harris also cited Kumu Hina, focusing on a Hawaiian transgender woman, and Baby Mama High, about a pregnant teenager. All of the films he mentioned were funded by ITVS and aired on Independent Lens, PBS’s documentary showcase.

ITVS was established by Congress in 1988 in legislation requiring CPB to establish an independent program service “to expand the diversity and innovativeness of programming available to public broadcasting.” ITVS was also tasked to “further the federal public broadcasting policy of encouraging the development of programming that involves creative risks and that addresses the needs of unserved and underserved audiences, particularly children and minorities.”

Harrison responded to Harris’ comments by offering to discuss public media’s work with the congressman, a member of the House Appropriations Committee that oversees CPB’s annual appropriation. The two met in his Capitol Hill office late last month, Harris said. But that conversation didn’t seem to satisfy his concerns about what he sees as controversial public media content.

Harris has represented Maryland’s 1st district, which covers the Eastern Shore and parts of Baltimore, since 2011. He’s one of 30 Republicans on the 55-member House committee.

Current: You expressed concerns about federal funding for CPB at the subcommittee hearing. Did Pat Harrison’s subsequent testimony change your feelings about that?

Harris: I sat down with her at some length. I still have concerns about the need for as much funding as we currently provide. The media climate has changed since CPB was formed. There’s a far greater selection of content on both radio and TV than ever before. The need for NPR, for instance, is probably very limited — as is the need to fund ITVS, when there’s no accountability because of the agreement between CPB and ITVS.

When did you meet and what did you discuss?

Last week for over 30 minutes in my office. We went over the history and mission of CPB, the constraints they’re under, the structure of how they fund various stations and programming. I’m convinced we don’t need that level of funding. My areas of greatest concerns are the continued funding of NPR and ITVS.

I think CPB could fulfill its function without funding ITVS. Its products are controversial, and there’s no reason to be using taxpayer funding on those.

You seemed most concerned at the hearing that CPB had an agenda. Could you talk a bit more about what you meant, beyond the independent films that you mentioned?

From my conversation with Ms. Harrison, I learned that the agenda isn’t there at CPB, but it’s at NPR and ITVS. Again, support for NPR is both direct and indirect by money to stations who buy NPR programming. We have to figure out a way to limit federal funds going to NPR and ITVS.

What specifically do you mean by “an agenda”?

The films you mentioned at the hearing, how did those come to your attention?

My staff looked through programming funded by CPB and found summaries of the films right on the website. Some are pretty objectionable to a large group of mainstream Americans. There’s really no need for public funding of it. If independent film producers want to produce that, fine, go find funds other than taxpayer money. NPR, likewise, can raise its own money.

Funding “controversial, out-of-mainstream programming is probably not going to endear [public broadcasters] to people like me who have to decide where federal dollars go.”

What does public media do that you support?

I agree that some of the children’s content and some of the cultural content made available to the American public wouldn’t be on commercial broadcasting. So I agree with those.

Again, my problems are really on the TV side of things with regard to programming. I understand the need for some public radio stations in some areas that would otherwise be underserved. But those cases are probably fewer than CPB would agree with. We need to re-evaluate where federal taxpayers’ money is spent.

How does the Appropriations Committee feel about CPB funding at this point? It received support in the fiscal 2017 budget, but the FY18 budget is coming up soon, too.

The president has called on Congress to look carefully at the discretionary budget. We have over half a trillion dollars in deficits. We need to look for areas where we can maintain a lot of what needs to be done, but not necessarily everything. We need to look at areas like NPR and ITVS. The mission of CPB can be accomplished without funding those.

Do you interact often with Maryland Public Television?

I’ve been there, I’ve visited with management. I understand their mission. But some things shown on that station are out of the mainstream. I disagree with some of the programming.

What can or should public broadcasting do to be more attractive to Republican members of Congress for funding?

My bias is, a lot of what done by public broadcasting can be accomplished in the commercial sector. There are some areas that can’t or wouldn’t be, but that’s a diminishing number of things as commercial products increase.

This is a difficult situation for public broadcasting to be in. They have to work very hard to prove that they deserve federal taxpayer funding. One way to start is to begin to recognize that funding controversial, out-of-mainstream programming is probably not going to endear them to people like me who have to decide where federal dollars go.

You sound very adamant about ITVS and NPR. Would you go so far as to defund them? Sponsor legislation to defund, or achieve it another way?

Yes, for ITVS that’s certainly true. That may or may not require legislation. We can certainly do that through an appropriations measure. We should put an end to that kind of controversial programming. It can be done through the appropriations process. We can say that direct funding cannot to go to ITVS. But that’s subject to annual discussion. We could put an end to funding permanently through statute. And it’s probably time to do that.

Are there any other public broadcasting projects that you support?

There is a valid role for public broadcasting to participate in the election process. They sponsor debates, and that can be done to a greater extent. MPT chose not to have debates for all congressional races. That’s not a good decision on their part. They accept public funding, and then they wanted to pick and choose what races to hold debates for. Because it’s federal funding, that shouldn’t be an internal decision. They should have debates for all federal races, for instance. If public television wants to demonstrate a need to lawmakers, yes, that’s a worthy cause and not likely to be duplicated in the private sector.

How about the role stations play in public safety?

Honestly, most of those agreements can be accomplished with commercial broadcasters.