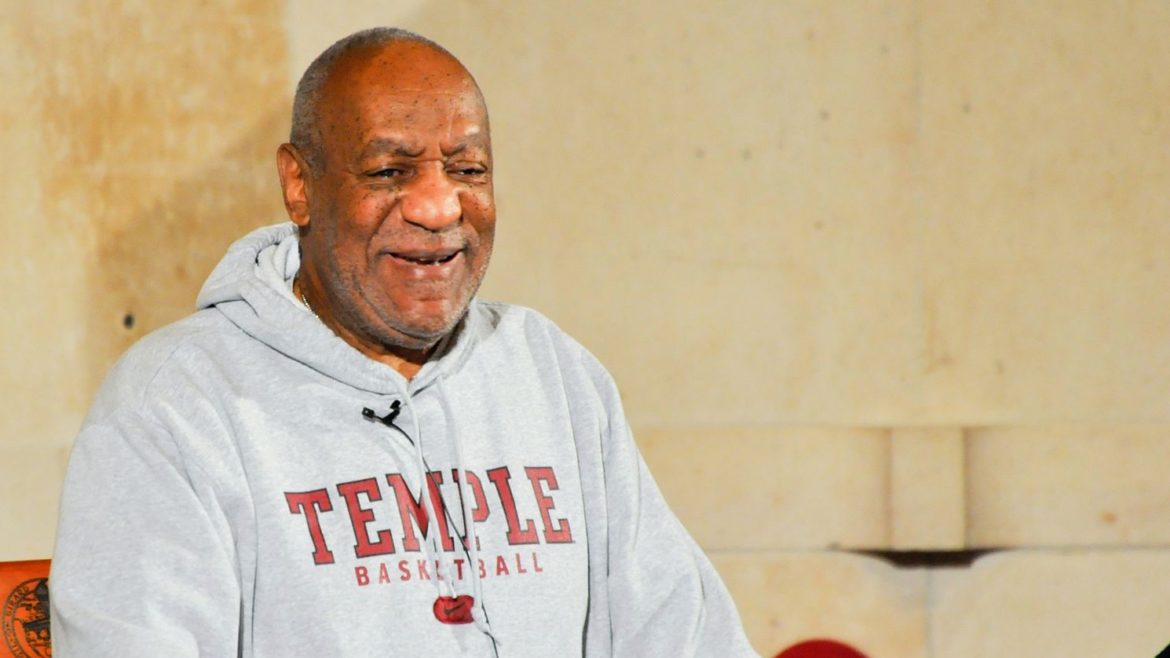 The World Affairs Council of Philadelphia

The trailer for WHYY’s new podcast about Bill Cosby opens with now-chilling sound bites from the career of “America’s Dad.”

An ad for Jell-O pudding is followed by clips from The Cosby Show and Fat Albert. Host Annette John-Hall then asks, “Who is Bill Cosby?”

The Philadelphia station will release the first episode of Cosby Unraveled Wednesday, launching a look at the man whose public downfall is evoking complicated responses in his hometown. Jury selection for Cosby’s criminal trial on sexual assault charges began Monday.

The show examines the man who wore Philly on his chest: the comedian, philanthropist, beloved TV dad, public moralist and accused sexual predator — and what locals are saying about him.

“He is a Philly kid who made good in a big way, kept roots in the community, kept friends in the community,” said podcast co-producer Jeanette Woods, a reporter and producer with WHYY. “There is a lot of confusion and devastation among people who knew him, people who were proud of him as an African-American man who just rolled over barriers.”

Lindsay Lazarski, a WHYY multimedia journalist and creator and co-producer of the podcast, said she was inspired to create Cosby Unraveled after listening to Making Oprah, a three-part podcast produced by WBEZ in Chicago. The podcast dug into Oprah Winfrey’s remarkable rise to daytime talk-show dominance and international influence.

“We all felt strongly that people were not hearing voices from this area. This is really a Philadelphia story.” — Jeanette Woods, co-producer

Listening to Making Oprah while cleaning house “brought me back to my youth and coming home from school and having Oprah on at 4 p.m.,” Lazarski said. She wondered, Who in Philadelphia has had a massive influence?

It hit her. “It’s Bill Cosby and obviously the controversy,” she said. “So I thought, ‘Could we do this at WHYY? Could we take a familiar icon and make a show about it?’”

Lazarski and Woods were given the green light in March to pursue the podcast. Their team hit the streets with a loose structure, aiming to talk to people at the Richard Allen Homes, where Cosby grew up. Cosby lives in a suburban Philadelphia mansion now but has never shied from talking about his roots in a North Philadelphia housing project.

“We all felt strongly that people were not hearing voices from this area,” Woods said. “This is really a Philadelphia story.” Residents of the housing project are proud of their association with Cosby and his successes and feel conflicted about the allegations, said John-Hall, who joined WHYY after more than 20 years as a reporter and columnist with The Philadelphia Inquirer.

In her reporting, John-Hall found that older people and some in contact with Cosby say he’s innocent. “People tend to believe what they believe based on their own life experience, and that’s what we saw,” she said.

“They believe maybe he was set up,” she added. “It’s understandable that they believe that because of what they experienced in their own lives and the history of racism in this country.”

WHYY will release two additional episodes before the trial begins in June and then focus coverage on proceedings. Producers don’t know whether the podcast will continue after the trial ends.

Each episode of 15–20 minutes in length is a mini-documentary that looks back at Cosby’s life to help listeners understand what shaped him and his thinking. The podcast also seeks to explain the scope of the allegations against Cosby. Among the voices are Wilson Goode, Philadelphia’s first black mayor, whom Cosby helped to get elected in the ’80s. It also includes members of the city’s jazz community, with whom Cosby has maintained close relationships.

Woods said that African-Americans have a complicated relationship with Cosby, who had an enormous effect on American culture through his leading roles on TV and his depiction of a black family for a racially mixed audience. The Cosby Show exposed white viewers to African-American culture and depicted a loving upper–middle-class black family. And in his personal life, Cosby has been a supporter of black institutions, including a record-breaking $20 million donation to Spelman College. But now, Cosby stands accused of doing horrible things, Woods said, throwing his legacy into question.

The producers of Cosby Unraveled said they aren’t trying to influence how listeners feel about Cosby. Human nature is messy and complicated, John-Hall said. “We just lay out the story and let them decide — if they decide anything,” she said.

The case hits on themes including rape and rape culture, gender, and how Americans view flawed individuals, said Woods, who added that she wants listeners to “hold on to that discomfort” and “let it seep in.”

“What I want the show to do is wrestle,” she said. “I want people to have to live in that gray area.”

One thought on “As Cosby faces trial, WHYY podcast looks at how hometown views native son”